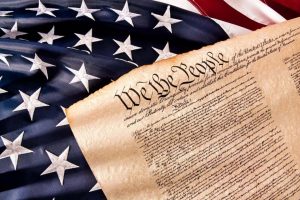 The United States has lost their collective mind as a people. Apparently, everyone has rights and feelings for anything they want nowadays. Bullshit! Let me explain a few fundamentals since most basement dwellers under 40 seem to have no idea what this country is about and how it’s supposed to work.

Being safe from getting your feelings hurt is not a right. That is a mommy issue.

The Bill of Rights

The Bill of Rights is not an exhaustive list of rights we as humans have. Rather, it highlights some of the more important rights that need to be protected. The rights listed in the Bill of Rights are the very same ones England egregiously violated before we fought and won the Revolutionary War. This is why they are highlighted and documented in the Bill of Rights. The rights we have that are not listed fall under the Tenth Amendment: The powers not delegated to the United States by the Constitution, nor prohibited by it to the States, are reserved to the States respectively, or to the people. In other words, there are too many rights to list, but the individual states and the individuals citizens have them. We can thank George Mason for setting up the Bill of Rights.

Free Speech and Freedom of the Press

You would think people would fight tooth and nail to keep these rights. Not today. Today, people are actually calling for speech to be curtailed because it “hurts their feelings.” Even the mainstream media and social media platforms are promoting an end to free speech by silencing opinions they disagree with. What world have we created for ourselves? The very point of protecting free speech is to have every opinion heard, especially the ones you disagree with! If everyone agreed with everyone else’s opinions, there’d be no need to protect speech to begin with! This is how we learn and grow as a people, by contemplating different points of view and figuring out which works best for a given situation. More knowledge is always better than less.

Silencing speech and removing freedoms is something done by tyrants. Look at the middle east to see how free speech is lauded there. Hint: It’s not. Would you really want Fruit Jack Dorsey of Twitter or Tyrant Mark Zuckerberg of Fake-Fact-Checker Facebook telling you what you can and cannot say because they don’t like it? Who the hell are they? Why are their views more important than mine? But there they are. Tyrants in full dictator mode, and getting richer every day they silence you. Would you really want them to lead this country?

I can think of only a handful of news outlets that are not politically correct and that liberals want to silence, but cannot: This site, USSANews.com. Whatfinger.com, and Fox News. There are certainly others, but given the time, money, and effort to have a news organization stand out with dissenting opinions, few rarely make the cut. The trick is to not be tied to anyone; corporations, social media platforms, advertisers, and so on. And without those ties, being heard is very difficult. (This is why we ask you to share our work as much as possible and support our sponsors like, TeaPartyGear.com.)

George Washington once said that the job of the President should require little work based on the system of government the founders had installed. How many of you reading this actually know what the true function of the President is? He has one job: Enforce the laws that Congress passed. He is not “the leader of the free world.” He also is not in charge of the economy, nor is he supposed to run the country or protect it from a pandemic. He is merely in office to ensure laws are obeyed. And being in charge of our military and protecting this nation, is also a law that he enforces.

The job of the Congress is to write and pass laws as well as be in control of the national “purse strings.”

For making $175,000 a year, having a stellar and life-long health insurance plan, countless perqs, and working only a few months out of the year, you’d think every Congressman would do their job. You’d think. Yeah, they don’t. There was a time when Congress actually wrote the laws. I mean physically wrote them. It is in the constitution that Congress must write any laws that are passed.

For decades now, congress hasn’t written a thing. Years ago, they passed a law that other government agencies can create laws. The nerve.

It goes something like this: Someone says we need a new law to protect the Tufted Titmouse (whatever that is). The buck gets passed to the EPA (a useless government agency) and they send back 12,000 pages protecting the mouse. Congress passes it and the President signs it into law. Poof, job done. No one actually read the law that says you’re not allowed to have grass, leaves, or water on your property – doing so will hurt the mouse. The fine is $10,000 for every day you violate this law. In fact, Congress doesn’t even know about this horrific law until long after it’s passed and someone complains. Try getting out of that daily fine and having that law repealed.

This is how Obamacare came to be and why it’s still not dead all these years later. Someone unknown to the American people wrote that disaster, the Congress stuffed it into a tiny bill unrelated to health care, called it an “amendment,” and passed it in the middle of the night. Voila! Obamacare. Voting matters.

Congress is also in charge of the national purse strings, meaning the national budget. Again, do you really think they do their job? Years ago they did. They used to vote on a budget every year and that was the money the government could spend. Today, not so much. When they need to waste more of our money, do they cut spending in one area so they can use that money elsewhere? No.

We haven’t had a budget in years. Years ago, Congress elected to go with a “Continuing Resolution (CR).” They decided back then that they could not agree with one another on how to waste taxpayer money and have it written on paper (a law) so they just use a CR. In other words, Congress just spends our money as needed without a plan or the accountability of a law.

And what about sticking to a budget? Personally, if I need more money, I either work longer hours or spend less money here so I can have it to spend there. Congress doesn’t do that. They just vote to “raise the debt ceiling.”

Imagine that. I didn’t know that I could just raise my credit card limit anytime I wanted to spend more money. #Sarcasm. It’s called a “ceiling” for a reason you dolts!

The job of the Supreme Court is a simple one, interpret the law. (Personally, I do not understand what needs to be interpreted if laws are written in plain English.) The founders thought that this would be the branch of government that was apolitical. Judges are appointed for life and therefore have no motivation to be political to get “re-elected.” (They’re nominated by the President and approved by the Senate. If you don’t like a Supreme Court Justice, blame your senator, not the President who nominated him.) Unfortunately, judges are people too. They have their own agendas. A good judge is supposed to apply the Constitution to the law being examined, regardless of their personal feelings about the law. This is why they are called “judges” and not “artists.”

A Note About Tyrants is Office During the Covid Pandemic

Public officials are not in charge of private citizens or private businesses. Governors and mayors across the nation have no right to close any private business or tell anyone to stay home. You quarantine sick people. Forcing healthy people to stay home is imprisonment. Closing private businesses is tyranny. Giving orders without laws being voted on by our representatives or consent of the people is what dictators do. This is called, tyranny. I will not wear a mask and I will not comply until a law is passed by people I voted for. Public officials can close government offices or tell government employees to not come into work, but that’s where it ends.

Ending this kind of tyranny is the very reason we fought and won the Revolutionary War, created the Constitution, and highlight our Bill of Rights. America, get your guns. The time is near.

Here’s How you Can Help End this Tyranny

I know it sounds silly, but it works. Write your senators, congressmen, governors, and mayors. The squeaky wheel does get the grease. Look at all the attention these BLM and Antifa rioters are getting. They are by far a minority of people in this country yet they are being listened to by the 2020 candidates. Why? Because they’re making the most noise. Trust me, when you complain, politicians listen. I have complained many times and they have listened. They have also taken action. No one’s going to care about your cause if you don’t. No one’s going to know about your cause until you let them know.

Email all of your politicians, tag them in Fake-Fact-Checker Facebook and Twitter. You have no excuse. You can write one letter and share it thousands of times. We need this. Your kids and grandkids need this. This is our war. Now man up and fight!