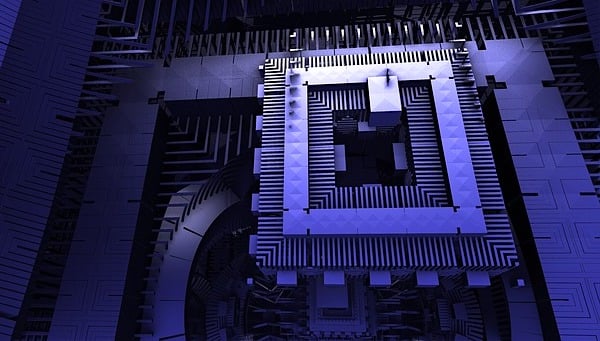 (Image by Pete Linforth from Pixabay)

The Communist China Academy of Engineering Physics (CAEP), which developed Communist China’s first hydrogen bomb, has purchased American chips at least 12 times in the past two and a half years, the WSJ reported, citing procurement documents seen by the outlet. Although the U.S. blacklisted the academy in 1997, it has circumvented U.S. sanctions by obtaining the advanced chips from third-party sellers, according to the WSJ.

Companies including Intel and Nvidia manufacture the semiconductors in question, which have broad applications in datacenters and personal computers, according to the WSJ. CAEP acquired the chips through the purchase of computer systems used to study computational fluid dynamics, a field of research that involves modeling nuclear explosions.

The Commerce Department further expanded sanctions on CAEP in 2020, prohibiting the institution from obtaining items produced in the U.S. over concerns of its association with Communist China’s military.

The Commerce Department’s Bureau of Industry and Security also banned sales of equipment that can be used to manufacture the latest generations of semiconductors, measuring 10 nanometers and below, in 2020. Then, in October, it banned U.S. chipmakers from exporting chips to Communist China with applications in AI and supercomputers, the WSJ reported.

At least 34 research papers CAEP published referenced the use of American semiconductors in research for purposes such as analyzing data and generating algorithms, according to the WSJ’s review. Of those, seven could translate to measures used to maintain nuclear stockpiles, experts told the outlet.

The Biden administration has doubled down on long-running exports to prevent Chinese military companies and institutions from accessing sensitive or highly advanced U.S. technology, including types of semiconductors and manufacturing equipment, according to the WSJ. The more sophisticated chips can power artificial intelligence machines and supercomputers underpinning much of today’s weapons and warfighting tactics.

CAEP obtained chips with transistors ranging from 7 nanometers to 14 nm, the former of which represents a sophistication level a Chinese semiconductor firm was discovered to have achieved in July, TechInsights found, and are still difficult for Communist China to produce on a large scale, according to the WSJ. A narrower transistor width allows the chip to process data at greater speeds, according to Bloomberg.

None of the chips CAEP purchased represented the advanced versions available from U.S. companies since 2020, according to the WSJ.

However, those restrictions are “insanely difficult to enforce,” trade lawyer and former Commerce Department official Kevin Wolf told the WSJ.

The Treasury Department and the National Security Council did not immediately respond to the Daily Caller News Foundation’s request for comment.