The Jubilee is upon us and it’s time for the literal rubber to hit the road. The green road that is. I just flew back to London from Davos where I received a Schwab Foundation Award and it occurred to me, the queen herself was the one who needed to deliver our message, and it was up to me to tell her. The question was exactly how? There would be no tree-hugger shenanigans on my part (one can’t save the planet from jail). And one can’t expect to be taken seriously if one looks (and likely smells) like a Neanderthal. So I committed to use my not-inconsequential influence and hoped it wouldn’t end with a call to Daddy’s solicitor.

It had been nearly a year since the queen addressed the world at the COP26 (the Conference of Parties) and it was then that climate change had gone from being a fringe issue to a global priority. But with so many other things on her mind, (like those pesky Sussexes) I assumed she could use a little help. Britain, at this year’s World Economic Forum, had made a rather dismal showing: No Prince Charles, no Bono, no Elton… not even Swampy, who incidentally has changed his name back to Dan.

First things first—I’d have to ditch my parents.  Daddy was taking us to view the activities from the roof of Westminster Abbey before making our way over to The Goring for the ceremonial cutting of Her Majesty’s royal fruit cake.  All in all, a very special day no matter the occasion.  My parents are generally not such the social rovers, but Daddy is a Briton through and through, a traditionalist, a conservative, a Tory (we forgive him) and a monarchist. And the Queen’s Jubilee was not coming around again.

He was an engineer by trade, and in service of the crown when I was born in British Hong Kong. I don’t think Judith (Mummy) ever fully adjusted to living abroad. Or London. Or anything terribly domestic for that matter, but her great-grandfather had come up the hard way, and was crestfallen when the Queen Charlotte’s Ball was ended; and she had to marry a promising engineer over the prospects of a proper coming-out. Any way you sliced it, this was the closest they would come to the monarchy, or paying their grateful respects to a life spent in service of the British people.

From the roof of Westminster Abbey, Daddy pointed out the characteristic Gothic features, and of particular interest to him, the continental design of geometrical proportion and wide English transepts. He also pointed out the most recent restoration—decay that was caused by weathering and pollution from coal smoke. I saw this as my sign to head out. ‘Ma’am’ I would say…’I’ve just come from atop the Abbey, where coal…’ Hmm…maybe no. 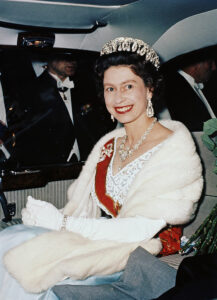 I’d called in half a dozen favours… not one of which had come back to me with any good news but no matter, off I went—through the maze of security and crowds the likes of which London has never seen. I had, on my phone, pictures of my recent meeting with Prince Charles, my Davos award, my Paris Match cover photo, and for added measure… older photos of me on the British Equestrian Team. Of course I didn’t imagine I’d use these photos to gain entry but I’d used positive visualisation techniques to prepare for this day, and well… they couldn’t hurt.

It also didn’t hurt that I looked like a million bucks.  Mummy had turned up with this hat before I looked for the dress. We’d sort of reverse-engineered the ensemble but it worked, as did my plan.  I’ll never, ever give up the details of how I got in, but suffice it to say, a Cheltenham girl’s got to have a few tricks up her sleeve and once Charles recognised me… he moved toward me in the most welcoming way, as though I’d been expected all along. And up we went.

It nearly killed me not to want to look up to where Daddy and Judith were perched, sort of like not being able to look at oneself in the monitor when taping a segment, but I was now the model of calm reserve and focus. And I had work to do.  Charles broke the ice by saying ‘I don’t think we can count on monkeypox to cut down on commuters, and production and CO2 output this go round’. Of course he was right, Britons—and really the world, had had it. They were not going to be locked down again even if it helped the planet.

But the queen took a more sanguine tack. She was all smiles, and enjoying the day, knowing her commonwealth was in good hands. I mentioned to her that everyone agrees, the most important message she had delivered in the last decade, had been in Scotland for COP26.

Just then a text from Daddy: ‘Oh for God’s sake Jennifer. DO NOT mention Charles’ delusion that his Jaguar actually runs on wine and cheese’.  Followed by ‘And do not bang on about eating bugs either!’.

We’d discussed their so-called ‘Green Champions’ that getting new efficient boilers for all the royal residences was just good stewardship, (albeit a £369 million expenditure of public funds). That turning Gloucestershire organic just meant Charles wanted to eat organic produce himself, and preservation efforts meant no future development infringing on any of the royal retreats.

‘They won’t be asking for windmills at Sandringham’, Daddy had once quipped. Imaginary solutions to imaginary problems he called it. 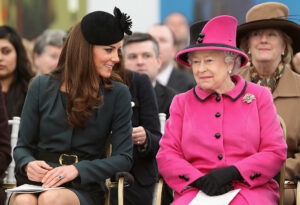 The planet’s in good hands, Mum.

But today, in the queen, I saw a mother. One who wanted the best for her subjects and her children. She had just been protecting the things that mattered to her, as she had always done. Different times, different things. Once it had been Norman or Saxon or Celt.

And I wondered if Daddy was right, that there was no correlation between atmospheric CO2 and mean global temperatures, but today we needn’t discuss all that. And after a small push for eating bugs in schools, I assured her that the planet was in good hands. Just then she asked me, ‘Have you any siblings, Miss Kennedy?’

‘Pity’, she said. ‘I should think you’d thrive in a large family. Who knows what the future holds? Fate can surprise you’.

Now, what do you suppose she meant by that?

The post Diary of an Acclimatised Beauty: Trooping first appeared on The Pipeline.

Click this link for the original source of this article.
Author: Jenny Kennedy

This content is courtesy of, and owned and copyrighted by, https://the-pipeline.org and its author. This content is made available by use of the public RSS feed offered by the host site and is used for educational purposes only. If you are the author or represent the host site and would like this content removed now and in the future, please contact USSANews.com using the email address in the Contact page found in the website menu.