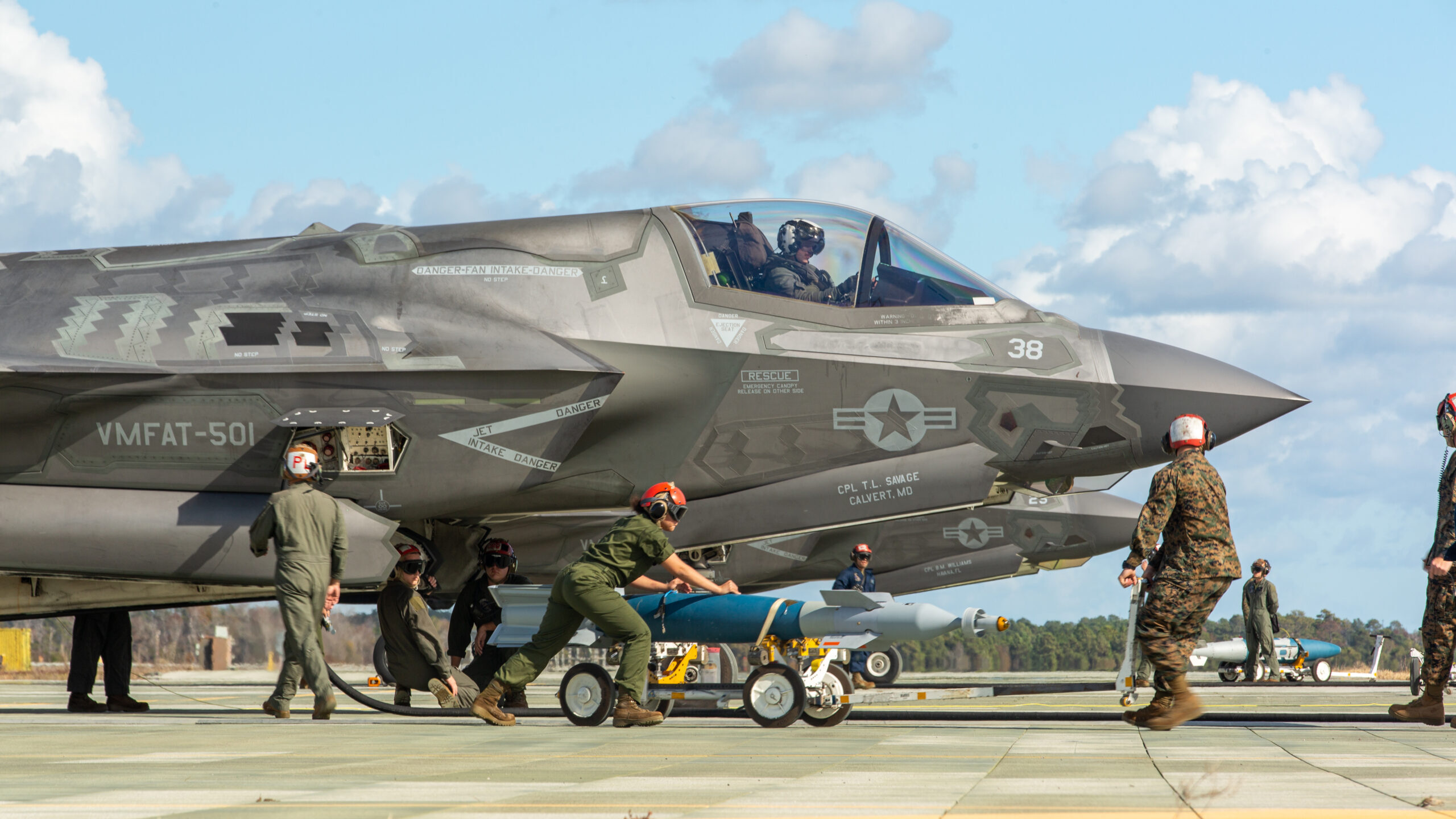 WASHINGTON: The Pentagon may be closing in on a new date to finish up testing of the F-35, a long-delayed event that has kept the department from being able to declare the stealth jet ready for full-rate production.

Lt. Gen. Eric Fick, who leads the F-35 program office on behalf of the Pentagon, said he hopes to determine a new schedule by the end of January that will lay out a date for completing the F-35’s final simulation tests.

“We currently are proceeding down the path to fully accredit that sim, as that accreditation needs to happen so we’re able to execute those final 64 runs,” he said today at an event hosted by the National Defense Industrial Association. “I have another engagement this week with [the Pentagon’s director of operational test and evaluation], with the Air Force, with the Navy and with [the Pentagon’s acquisition and sustainment division] to discuss the way forward.”

At issue is the Joint Simulation Environment, a new training tool that will allow the military services to virtually simulate high-end threats that can’t be replicated in live training, allowing pilots to train against even the most advanced (and classified) Russian and Chinese technologies in a realistic setting.

The Pentagon’s office of the director of operational test and evaluation — currently led by acting director Raymond O’Toole — has mandated that the F-35 complete tests in the JSE before the Lockheed Martin-made jet can proceed to a full-rate production decision.

The Pentagon had planned to approve the F-35 for full-rate production at the end of 2019, but the COVID-19 pandemic and ongoing technical issues have delayed the completion of the JSE. Earlier this year, the department laid out plans for JSE testing to occur by the end of 2021, but that schedule has also been jettisoned due to continued problems.

Fick previously met with Pentagon acquisition leadership in October, but officials were not able to establish a new F-35 baseline schedule, reported Bloomberg last month. Currently, the department cannot say when it plans to finish F-35 simulation tests or when the jet will hit its full-rate production milestone.

Also unclear is the future of a new logistics system for the F-35 known as the Operational Data Integrated Network, or ODIN.

ODIN is set to replace the F-35’s notorious Autonomic Logistics Information System, or ALIS, which has been plagued with deficiencies that make it more difficult for maintainers to support the aircraft. ODIN was conceptualized as a modern, cloud-based system with different applications that would allow users to conduct repairs, order spare parts, and track wear-and-tear on the F-35.

Fick said the program office is on track to deliver the first 14 ODIN hardware kits, which the program office previously stated will occur in early 2022. Those ODIN kits are 30% cheaper, 75% smaller and 90% lighter than the legacy ALIS hardware.

However, the Pentagon still hasn’t laid out a plan for delivering a new data environment and software, which will allow ALIS to be completely phased out.

“I don’t have for you the dates on which additional significant milestones in that evolution will be reached,” Fick said. “But I’ll tell you what we’ve said before, which is that this is going to be an evolution and not the flick of a switch.”

The F-35 has been in development since 2001, when the Pentagon awarded a contract to Lockheed Martin. After the program was restructured in 2011, the department anticipated making a full-rate production decision in 2015.

However, the continued delays to an official  “Milestone C” decision has had little impact on ongoing F-35 production at Lockheed’s line in Fort Worth, Texas.

Although the program hasn’t officially started full-rate production, Lockheed is already functionally building F-35s at a full-rate pace, with the company delivering more than a hundred jets per year since 2019. It is on track to deliver as many as 139 F-35s in 2021, Greg Ulmer, Lockheed Martin’s vice president of aeronautics, told Breaking Defense last month.