Biden’s tax proposals, in the $3.5 trillion reconciliation bill, will stagnate the economy 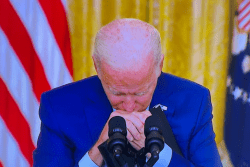 President Biden continues to say that his $3.5 trillion spending package will add zero to the deficit. He says he will pay for the spending by taxing the rich, which means he plans to raise taxes on that group by $3.5 trillion. A tax increase of that size on that group will result in a stagnant economy.

Economic growth does not seem to be a major concern for Biden and his economic policies. His view runs counter to the view of nearly every prior administration.

Historically the goals of economic policy are to have 1) growth in the economy, 2) full employment and 3) stable prices. The prior administration followed this historical pattern. Although the growth numbers improved from the prior ten year average, growth did not reach the desired level.

There is some indication that the growth improvements, which mostly resulted from a less regulated and less taxed economy, would have been fully realized in 2020 had the pandemic not happened. In January and February of 2020, it looked like the economy was headed for a 4% annual growth rate, something not seen in two decades.

As for the goals of full employment and price stability, the prior administration met those goals. The unemployment rate fell to 3.5%. That level hadn’t been seen in more than 50 years.

On the issue of price stability, the inflation rate fell to 1.8%.

To cure those social injustices, Biden wants to spend trillions. As he does that, his plan is to take earned income away from those who have made the largest contributions to the economy and give that income to people who, for whatever reason, have not earned it.

Historically income redistribution was limited to providing a very basic social safety net. Biden wants to greatly expand the safety net. The problem is that while that policy may help about 15% of Americans who are primarily low income earners, it will lead to slower economic growth, higher unemployment and much higher prices.

This will happen for a few reasons.

High achievers will lose the incentive to increase their contribution, simply because if their efforts are successful and their income increases, much of their increased income will be taxed at a high rate, so they keep much less. That will reduce their incentive and slow economic growth.

Since the recipients of the income transfer get this free money without earning it, there is less of an incentive for them to earn any additional income. That slows economic growth.

Worse is Biden’s plan to over-tax the wealthy.

There are two basic inputs into the economy: labor and capital. There is currently a labor shortage, mostly because millions of workers have left the work force are not returning. The labor force participation rate measures the percent of adults in the US who are employed or actively seeking employment. The current rate is 61.4%. Prior to the pandemic, the rate was 63.4%.

That means more than 3 million workers have left the job market. This created the current labor shortage which will slow economic growth. Much of the reason for the low participation rate, is that government programs provide enough income for these workers to remain out of the labor force.

Also, mostly because of this labor shortage, companies are replacing labor with capital The next time you visit a fast food restaurant, you are likely to order and pay through a touch screen, rather than speaking to a person.

The capital input is most critical for our capital intensive economy. Bringing manufacturing back from Asian countries that pay their workers $1 per hour will require manufacturing facilities to use capital goods (robots).

Expanding existing production will also require the use of robots. These robots require large amounts of capital. Even the service sector uses capital goods to have the workers perform their services efficiently.

Most of the capital is created by higher income earners, investors who trade assets to earn a capital gain and corporations through their retained earnings. Biden wants to raise taxes on all of those capital creators. That will reduce capital formation and slow economic growth.

Biden’s tax proposals will slow economic growth. Couple that with the high inflation that his policies have already created and we end up with stagflation — inflation with stagnation.

Is this Jimmy Carter all over again?

Biden’s tax proposals, in the $3.5 trillion reconciliation bill, will stagnate the economy is posted on Conservative Daily News – Where Americans go for news, current events and commentary they can trust – Conservative News Website for U.S. News, Political Cartoons and more.

Click this link for the original source of this article.
Author: Michael Busler