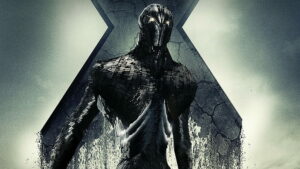 Megyn Kelly told OutKick earlier this month that the culture war in the United States is no longer liberal vs. conservative but sane vs. insane. I agreed with Kelly. Although “insane” may no longer do justice.

First, the American Civil Liberties Union erased the words “woman,” “she” and “her” from Supreme Court Justice Ruth Bader Ginsburg’s quote. And on the next day, Marvel’s new President Victoria Alonso suggested the studio could soon alter the name of the X-Men universe.

What’s wrong with X-Men? According to Marvel, I just made an outdated remark by uttering the word “men.” Shame on me.

“I don’t know where the future is going,” Alonso said. “It’s funny that people call it the X-Men, there’s a lot of female superheroes in that X-Men group, so I think it’s outdated. “

So who exactly is complaining that X-Men is not inclusive? No one — at least not anyone of importance. Simply, Marvel is preemptively catering to low-level blue checks who could label the brand some mean term. It’s better to get out ahead before they catch you. Alonso, as the new president, wants the same protective shield that her fellow film honchos have.

By the way, I don’t know if Marvel would make this change. But, as the new president, Victoria Alonso is trying to get in the good graces of the press. And it’s a good start. In the eyes of social media, Victoria Alonso is undoubtedly one of the good people in this gruesome culture war.

The post Marvel Says the Word ‘Men’ in X-Men is Outdated and Non-Inclusive appeared first on OutKick.