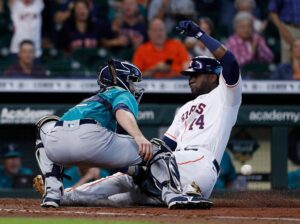 All odds in this article come from our partner, FanDuel Sportsbook. Bet $5 on either the Washington Football Team or New York Giants to win their game outright, and if they succeed, you’ll profit $150. That represents an unbelievable 30-to-1 odds boost, available after you make your initial deposit. New users can lock in this offer NOW by clicking this link.

We had a clean sweep yesterday, and quite frankly, we needed it. After a few days of what felt like nothing but 1-2 days, it is always nice to get rebounded with a sweep. Let’s keep it rolling.

Kyle Hendricks is the face of the Cubs rotation, and likely will be unless they trade him. This season Hendricks has a 4.54 ERA, but most of the damage against him has been done at Wrigley Field. Hendrick’s road ERA is 3.73 and he’s had very good success against the Phillies hitters, holding them to just a .157 average. Cam Bedrosian is throwing for the Phillies tonight in his first start of the season. He does have 20 appearances under his belt, and he’s been a lot better at home than he has on the road. He’s faced the Cubs hitters just eight times, but none of them have gotten a hit off of him. Starting is different than relieving, and while he has talent, I don’t expect him to go deep into this game. I’m playing the Cubs at +128 because Philly’s bullpen is unreliable at best.

On the surface the Rays should easily win this game, after all, they are almost 20 games above .500 at home and the Tigers are nine games below on the road, and they have the vastly superior team. I’m not playing a side, because it costs too much. However, we will play under on the game. Neither of these teams are consistent offensive beasts. Tyler Alexander goes for the Tigers, and he’s fine overall with a 4.09 ERA. In his last start, it was also against the Rays – he threw 4.1 innings and allowed one earned run. Louis Head is starting for the Rays in another one of these “opener” games. Head is sporting a 2.67 ERA and he also threw 1.2 innings against the Tigers without allowing a run. I think in the extended matchup this game should go under the 8 run total at -102.

Framber Valdez is easily the better pitcher in this matchup tonight with the Rangers. He is a low-three ERA pitcher with about a strikeout-per-inning average. His last two starts haven’t been great, giving up four earned runs in both of his last outings. Even if he isn’t sharp, I expect the Astros to have a feast against the Rangers tarter Glenn Otto. Otto is starting his fourth game and has allowed 10 earned runs in 13 innings so far. Granted, the first time he ever pitched in the big leagues, he allowed 0 runs and two hits over five innings against the Astros. I expect revenge to happen tonight. I like the Astros team total over 5 runs at -106.

In other news...
“Your Every Move Will Be Watched” Post-COVID Offices To Resemble China’s Social Credit Sy...
VIDEO: 351,000 Votes To Recall Newsom Disappear From Count During CNN’s Election Coverage
Libs CHEER and CELEBRATE man abusing women for money. (No, not Cuomo this time.)
Taliban say woman can study at university but classes must be segregated
“WE WANT TRUMP” — Trump Receives Warm Welcome From Boxing Crowd
Republicans call on Blinken to resign during Afghanistan hearing
0 Comments
Inline Feedbacks
View all comments