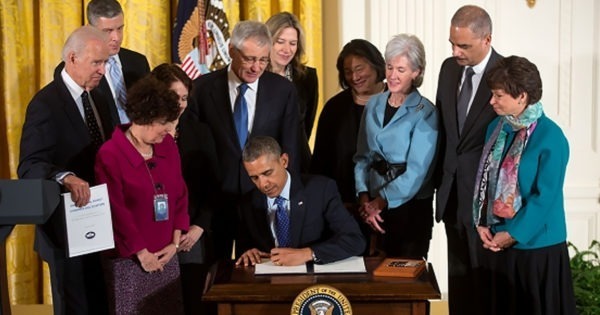 Josh Malone, the inventor of a popular children’s toy who says he had his patent stolen by a “notorious serial infringer,” has announced a six city tour with his inventor rights advocacy group US Inventor to push back against an Obama-era law that Malone says rewards large corporations at the expense of individual inventors.

Malone and US Inventor will hold rallies across the United States today, including one location in Alexandria, Virginia, only miles away from our nation’s capital, to rally against the Obama-era America Invents Act, passed 11 years ago today on September 16, 2011.

US Inventor says “the AIA has nullified the rights and stolen the dreams of thousands of independent investors and startups while enriching Big Tech and multi-national conglomerates through the establishment of an administrative tribunal called the Patent Trial and Appeal Board (PTAB),” which in the inventor community is “also known as the ‘Patent Death Squad’. Malone and US Inventor will be joined by a group of fellow inventors who say their “lives and businesses have been unjustly destroyed” by the Obama-era law and bureaucratic board.

According to Malone, the policy director for US Inventor, a whopping 84% of patents reviewed by the PTAB are invalidated. “The PTAB was sold to Congress as an easier and faster but fair alternative to litigation in district court for patent disputes,” said Malone. “However, what it became instead was a powerful tool that a large infringer could use to challenge the validity of any small inventor’s patent in order to use the inventor’s technology royalty-free, or to prevent the inventor’s disruptive technology from competing in the marketplace.”

“As we approach the ten-year anniversary of the AIA, there are now thousands of inventors whose dreams have been crushed and whose businesses have been destroyed — and it’s happening at an increasing rate and it’s not getting better,” Malone added, “This is not the way the patent system is supposed to work.  The American Invents Act needs to be fixed.”

Malone explained that he quit his corporate job in 2006 in a bid to “take his shot at the Inventor’s Dream,” but was not successful until he “hit a home-run with Bunch O Balloons,” a toy that greatly simplified the process of filling water balloons. However, Malone says his “invention was stolen by a notorious serial infringer who convinced the USPTO to revoke his patent under a controversial procedure of the 2011 America Invents Act.” After a “brutal and costly” legal fight, Malone received “a $31 million award and restoration of his patent rights” and is now working to save other inventors from repeating his experience.

US Inventor’s rallies will occur today at 4 p.m. in Virginia, Vermont, Colorado, Michigan, and California, with an additional Texas rally beginning at 10 a.m.