Proof that the mask mandate is utter nonsense. Call it “blue privilege” 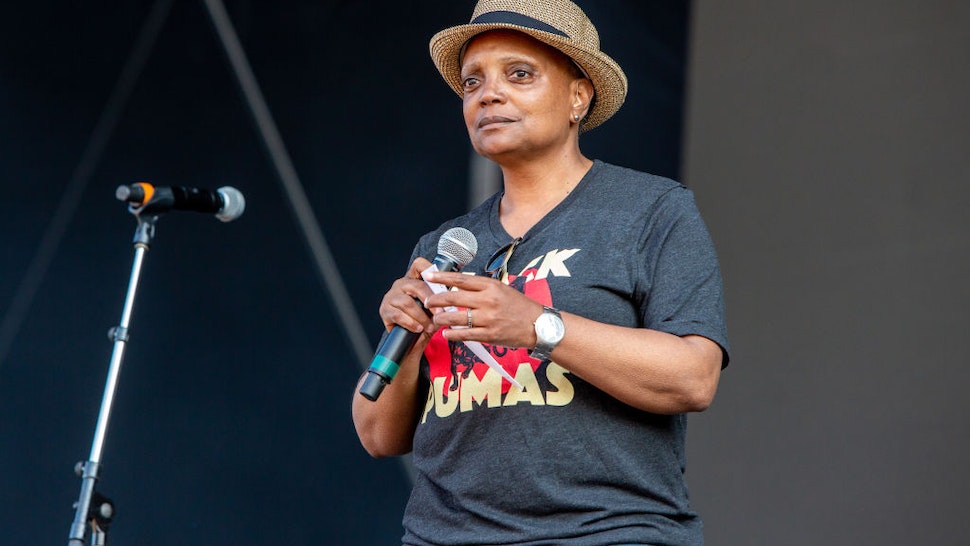 democrat leaders, led by Nancy Pelosi, are once again pushing mask mandates on the country because of the Delta variant. Blue states are falling into line. But here is concrete proof that it is for nothing, a frivolity. Three separate events show that democrats do not take this seriously and if they do not, neither should anyone else.

1. Pelosi ignores her own mandate

2. One of America’s worst mayors in history delayed the mask mandate so she could take center stage in Chicago’s Lollapalooza.

While numerous other elected Democrats across the country have announced new COVID-19 restrictions, Chicago Mayor Lori Lightfoot has delayed reimposing a mask mandate on her city, just as Lollapalooza begins.

The massive music festival is expected to draw more than 100,000 attendees over the course of the weekend, and the requirements for attendees have changed since the festival began on Thursday. Starting Saturday, participants are required to wear masks indoors, regardless of whether they have been vaccinated. For the first two days of the festival, this was not the case.

A surge of COVID-19 cases resulted in Gov. J.B. Pritzker (D-IL) reimposing a mask mandate for everyone working in or entering state facilities, regardless of whether they have been vaccinated or not. Lightfoot, however, has delayed implementing a broader mandate for the city while Lollapalooza takes place.

3. DC Mayor Muriel Bowser also blew off her own mandate

Fewer than 24 hours after Washington, D.C., Mayor Muriel Bowser celebrated her 49th birthday with a DJ and comedian Dave Chappelle, she officiated a wedding at The Line DC, a four-star hotel in the Adams Morgan neighborhood of the city.

Despite the mayor’s order, the wedding reception featured hundreds of unmasked guests served by dozens of wait staff, including a conspicuously unmasked Bowser.

Bowser, who was not sitting at the table designated for her during wedding toasts, did not wear a mask despite not actively eating or drinking. When approached by the Washington Examiner to explain why she was maskless at an event now legally obligated to enforce mask compliance, security blockaded the free press.

At least 3 out of 5 adults in the district and 3 in 4 seniors have been vaccinated. Even with the delta variant of the coronavirus, vaccination has proven eminently effective, even more so than masks. Of the nearly 400,000 district residents fully vaccinated against the pandemic, just four (all of whom were elderly or had preexisting conditions) died.

4. And of course, the guy who insists that everything be about himself is throwing himself a party

Former President Barack Obama has come under fire for his plans to host nearly 500 people at his Martha’s Vineyard mansion for his 60th birthday, despite a nationwide rise in COVID cases. The former president is set to turn 60 on August 4, and is said to be planning a large soiree at his 7,000-square-foot mansion in the Edgarton section of Martha’s Vineyard next weekend.

An official familiar with the plans told Axios that there are now 475 confirmed guests for the party – including Oprah Winfrey, George Clooney and Steven Spielberg – with more than 200 staff members. All guests will have to be COVID tested and vaccinated and the party will be held outdoors on the Obama’s $12 billion 30-acre waterfront property.

But Francis Collins, director of the National Institutes of Health, said Sunday on CNN that big parties should be avoided. ‘If you’re talking about a small party like I might have at my house for six or eight people who are all fully vaccinated, I do not believe, at this point, we need to put masks on to be next to each other,’ he said.

‘But if there were 100 people, and, of course, how are you really going to be sure about people’s vaccination status?’

And while we’re at it, I have a question.

Dr. Fauci on pushback against mask requirements, individual rights: “The fact is, if you get infected, even if you are without symptoms, you very well may infect another person who may be vulnerable,.. So in essence, you are encroaching on their individual rights.” pic.twitter.com/h6qZRuZcVn

Does this not also apply to the common cold or flu, which is actually more lethal?

The post Proof that the mask mandate is utter nonsense. Call it “blue privilege” appeared first on Flopping Aces.

Click this link for the original source of this article.
Author: DrJohn