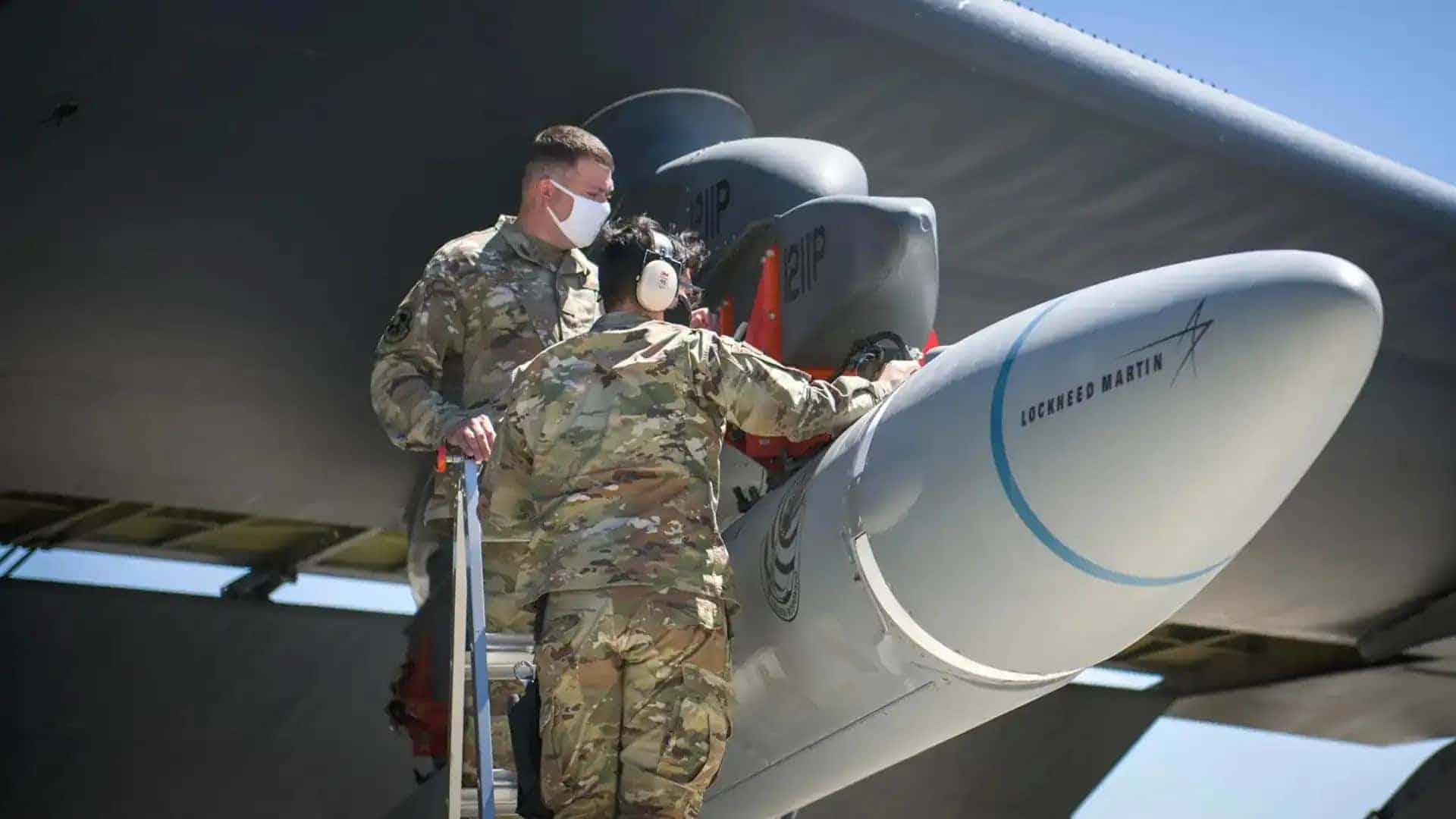 Editor’s note: Having gone for the much more complicated (and much more lucrative) hypersonic boost-glide vehicle — instead of a more straightforward air-launched ballistic missile — means the US, unlike Russia with its Kinzhal, still doesn’t have an air-launched hypersonic weapon.

That said, Russia is also ahead in hypersonic boost-glide weapons, and is already fielding a handful of ground-launched Avangard hypersonic glide vehicles operationally.

A second attempt to carry out a flight test of a prototype of the U.S. Air Force’s AGM-183A Air-launched Rapid Response Weapon hypersonic missile, or ARRW, has failed. The weapon separated safely from the B-52H bomber carrying it, but the rocket motor did not ignite. This follows the first unsuccessful attempted flight test in April, in which the missile did not even leave the wing of the B-52H it was attached to.

The Air Force announced the outcome of the test, which occurred on July 28 over the Point Mugu Sea Range in the Pacific Ocean off the coast of Southern California, today. The service had previously announced that it would conduct this flight test event before the end of July. The 419th Flight Test Squadron at Edwards Air Force Base in California and the Global Power Bomber Combined Test Force participated in this new attempted launch.

“The missile cleanly separated from the aircraft and successfully demonstrated the full release sequence including GPS acquisition, umbilical disconnect and power transfer from the aircraft to the missile,” an Air Force press release said. “The missile also demonstrated fin operation and de-confliction maneuvers which ensures a safe operation for the aircrew. Following the safe separation maneuvers, the rocket motor did not ignite.”

The Air Force insists that this abortive launch still provided valuable test data and “demonstrated several first-time events as the program continues to track toward fielding a hypersonic capability in the early 2020s.” Last week the service had confirmed to The War Zone that the overall test plan had been the same as it had been for the initial failed Booster Test Flight 1 test, or BTF-1, in April.

The BTF-1 test had been intended to focus on validating the performance of the missile’s rocket booster and demonstrating the simulated separation of the weapon’s unpowered boost-glide vehicle payload. The prototype missile would carry a frangible surrogate for that vehicle that would disintegrate after release.

The ARRW, as designed, is intended to use its rocket booster to accelerate a wedge-shaped unpowered hypersonic boost-glide vehicle sitting inside the nosecone on top of the missile and loft it to a desired altitude and speed. Once there, the nose cone breaks away and the vehicle is released, after which it glides along atmospheric flight trajectory at hypersonic velocity toward its target. Hypersonic speeds are defined as anything above Mach 5.

The boost-glide vehicle is designed to be highly maneuverable, which, combined with its speed and flight profile, make it ideal for penetrating through dense enemy air defenses to strike at time-sensitive and other high-value targets. Those performance attributes give opponents less time, overall, to react to the incoming threat, making it extremely difficult for them to relocate assets or otherwise seek shelter.

It’s also interesting to note that comments from Mark Lewis, the Executive Director of the National Defense Industry Association’s (NDIA) Emerging Technologies Institute, and John Venable, a Senior Research Fellow for Defense Policy at The Heritage Foundation think tank, earlier today had suggested that the Air Force might have tried to conduct BTV-1b, or a similar test, earlier this month, but had scrubbed it for unspecified reasons. Lewis and Venable had been participating in a virtual Heritage Foundation event regarding hypersonic weapon developments.

All of this also follows Lockheed Martin, the prime contractor working on ARRW for the Air Force, disclosing a $225 million loss on a classified aerospace development project during a call with reporters about the company’s earnings for the second quarter of this year. It is unknown whether or not this is, in any way, related to AGM-183A’s struggles. Lockheed Martin, of course, is involved in a number of publicly acknowledged, but still top-secret aerospace programs and is all but certainly engaged in a number of undisclosed development efforts, as well.

It remains to be seen how this second unsuccessful flight test will impact the Air Force’s plans for ARRW. As noted, the service still says it expects to reach at least some kind of initial operational capability with this weapon in the early 2020s. In the past, it had said that hoped to use un-expended flight test prototypes to field an early operational capability. However, the Air Force is now at least seven months, if not more, behind in its flight test schedule, having originally expected to carry out the first live-fire launch by the end of 2020, and has lost one prototype.

“Developing first-of-its-kind weapons is difficult business and this is why we test,” Air Force Brigadier General Heath Collins, the Air Force’s Program Executive Officer for Weapons, said in a statement regarding the most recent attempted ARRW launch. “This is a critical capability for our Air Force and we have the very best team working to figure out what happened, fix it and move out to deliver ARRW to our warfighters as quickly as possible.”

Hopefully, the Air Force will be able to use what it has learned from this unsuccessful launch to keep moving forward on what is still slated to be its first operational air-launched hypersonic weapon. The service continues to stress that this is a capability that is critical to how it expects to prosecute future high-end conflicts, especially against potential near-peer adversaries, such as China.

We will keep you informed of new details about the failed test if they become available.

Click this link for the original source of this article.
Author: Joseph Trevithick