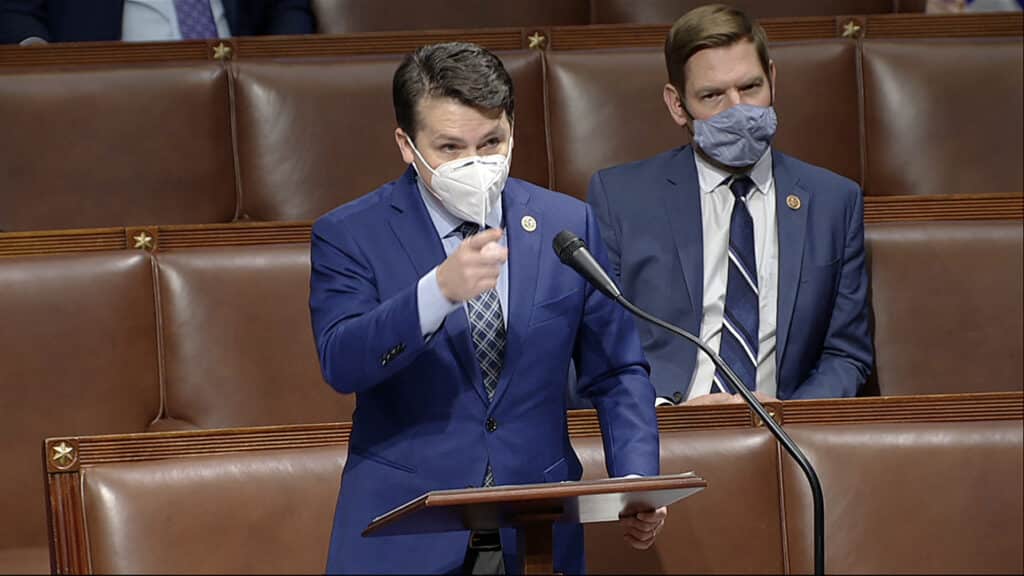 Democrats are still so afraid of Trump and his influence they are passing laws to banish him from positions he has no interest in. Pennsylvania democratic congressman Brendan Boyle has introduced the MEMBERS ACT which would end a current House of Representative’s loophole. If passed and signed into law, only elected members of the House of Representatives would be able to become the Speaker of the House.

Currently, the Constitution does not require the Speaker to be a member of the House. Boyle’s panic comes after Republican lawmakers and commentators have merely mentioned the suggestion of Trump being appointed Speaker by Republican lawmakers if they regain power in the 2022 midterm elections.

“The Speaker of the US House is second in the United States presidential line of succession,” said Boyle. “That Donald Trump’s name would even be tossed around as a potential speaker in the people’s house, should serve as an alarm bell that our current requirements need to be amended in the name of protecting our nation and our democracy” added Boyle.

Although all Speakers in US history have been incumbent members of the house, technically a lawmaker can nominate whoever they want for the role of the top-ranking leader during roll call at the beginning of each session of Congress.

When interviewed by radio host Wayne Allyn Root last month, Trump said the idea was “so interesting.” In the weeks since, however, Trump spokesman Jason Miller said the former president has “zero desire to be Speaker.”