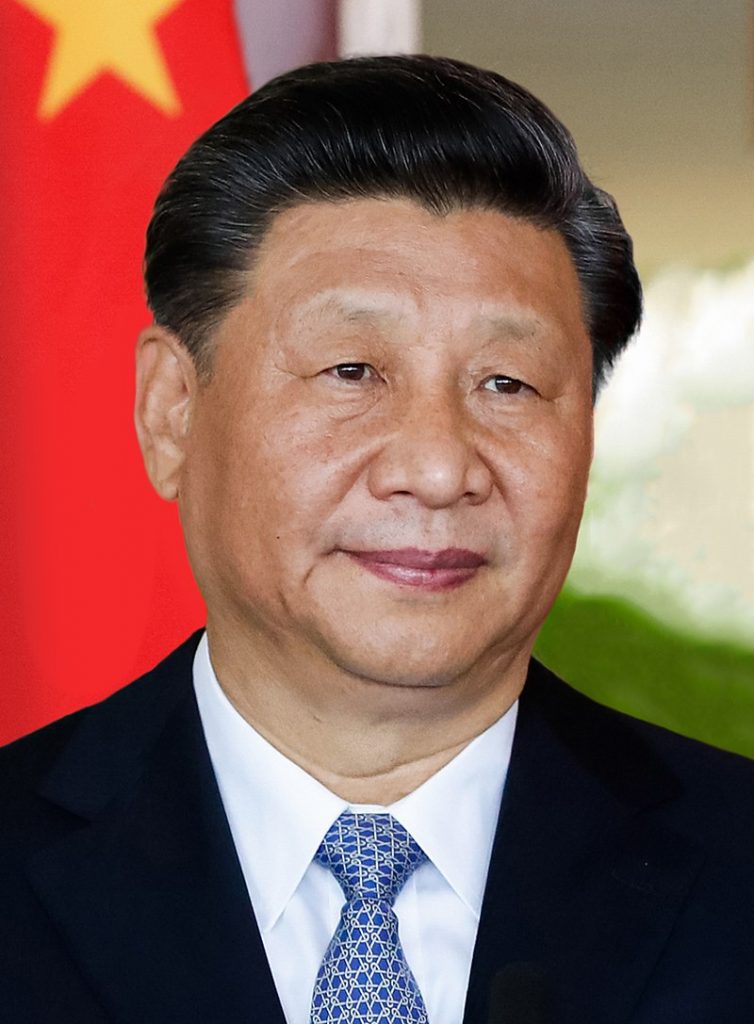 America has a problem with race, and an even bigger problem with diversity, so we are forever being told. So does China. In the US, racism has long been peddled as a national emergency, in spite of numerous and none too bright “women of color” holding positions of power and influence: Joy Reid, Lori Lightfoot, and Kamala Harris to name but three.

China’s diversity problem is even greater; we are told repeatedly that a genocide is being carried out in Xinjiang. Chinese officials tell a different story, as do the many Westerners who have visited the region. Who are we to believe?

The comparisons between the United States and China are striking, as are the differences. The United States as it exists today was created by the White Race: hardy pioneers, entrepreneurs, inventors, and their womenfolk. Yes, there were others, there was the institution of slavery, for example, but the idea that slavery contributed to the wealth of the United States is greatly exaggerated. The proof of this pudding is in the eating, in particular the free North developed far more rapidly than the Deep South.

Contrast this with China, which is virtually an ethnic state, the overwhelming majority being Han Chinese, and its Government puts the welfare of its own people first. People from all over the world turn up at the southern border of the United States constantly, and have done for decades, claiming asylum on the most tenuous or specious of pretexts. Since the collapse of Libya if not before, many Western European nations have had the same problem, including Britain which sees bogus asylum seekers crossing the Channel in boats or stowing away on lorries. In many ways, native Britons have become second class citizens in their own country, ditto especially white Americans. France has an enormous immigrant problem, as do many other Western European nations.

China does not tolerate any of this. People from all over the world including and especially the West are welcome to both holiday and work in China, but the granting of citizenship to foreigners is extremely rare, in the thousands for the country that has the largest population of all. Does this mean the Chinese Government is racist, or could it be perhaps that Xi Jinping isn’t quite the tyrant he is made out to be, and that he believes in putting his own people first?

The two biggest controversies with regard to race in China are Tibet and the Uyghur problem in Xinjiang. The Tibetan problem goes back to the  1950s. The two nations signed a treaty in 1951, but in March 1959, an uprising against Chinese rule was put down viciously with perhaps as many as eighty thousand dead. The Dalai Lama fled the country and has lived in exile ever since; he was awarded the Nobel Peace Prize in 1989. Foreign visitors were banned from entering Tibet in 1963, and were not permitted to enter again until 1971.

The country was opened up properly for tourism in the new Millennium, but Chinese rule isn’t the worst thing, rather the suppression of its culture. Three years ago, the teaching of the Tibetan language to the young was banned. If this isn’t genocide, it is the certainly the destruction of a native culture.

The Chinese Government has been accused of similar if not worse things in Xinjiang, but what is often missing here is context. Xinjiang is an autonomous region, and Han Chinese are a minority. As with many other nations, there have been ethnic and/or regional tensions, and this has led to terrorism; 1997 in particular saw a series of outrages, bus bombings. The Chinese Government reacted vigorously. Twenty years later, three terrorists murdered eight people in knife attacks. Again, the Government reacted vigorously. There are now a number of camps, alluded to by some as concentration camps. This has caused outrage in the West, but some people have short memories. In the 1970s, the British Government interned hundreds of suspected IRA sympathisers in Northern Ireland, literally locked them up without trial. Like China today, Britain was caught between a rock and a hard place. What would you do if faced with the stark choice of locking up suspected terrorists or doing nothing to halt a campaign of terror and murder against mainly civilians, including women and children?

The Chinese Government has been attacked for making Mandarin compulsory in Xinjiang schools, but is this anymore outrageous than America demanding its people learn English?

To conclude, which type of government is to be preferred, one that panders to minorities and throws open its borders to the entire world for fear of being branded racist, or one that puts its own citizens first while allowing foreigners to live within its borders on its own terms? Is the slogan “China for the Chinese” xenophobic, or patriotic?