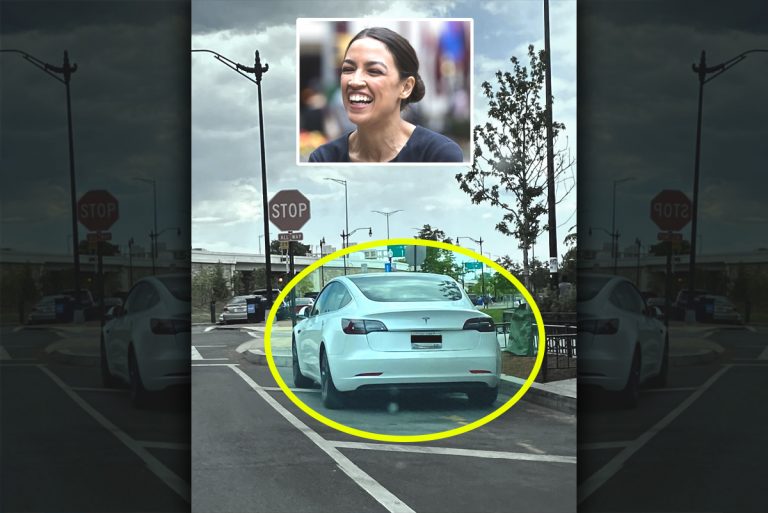 Video obtained by the Washington Free Beacon shows the socialist congresswoman packing her Tesla on Sunday while the luxury sports car was parked in a clearly marked restricted area.

Perhaps most disturbingly, Ocasio-Cortez was seen transporting her belongings on a hotel dolly, which some experts have identified as a symbol of white supremacy and income inequality.

The video suggests Ocasio-Cortez was not chastened by the Free Beacon‘s groundbreaking exposé on her illegal parking habits. Our publication of photos taken on May 14, which showed the congresswoman’s Tesla in brazen contravention of the district’s parking rules, took the political world by storm.

Most journalistic organizations do not believe public officials should be held accountable for their actions or called out for attempting to evade the everyday regulations by which normal citizens are forced to abide, especially when that public official is a prominent Democrat. The Free Beacon respectfully disagrees.

The illegal act caught on tape is further confirmation that AOC owns a white Tesla, believed to be a Model 3 Long Range with a retail price of between $46,000 and $59,000. In February 2021, the congresswoman admitted feeling “very lucky that I have not gotten a parking ticket,” suggesting a willingness to defy the law when it interferes with her personal convenience.

Ocasio-Cortez, who claims to oppose billionaires such as Elon Musk and Jeff Bezos, appears to be an avid consumer of billionaire-owned products and services. She remains one of the most controversial (and most online) politicians in Congress, best known for her enthusiastic support for U.S. sanctions against Israel.

It is not known whether D.C. authorities have been alerted to the video evidence of the illegal parking incident. The Free Beacon will continue to keep our readers apprised of this developing scandal.

In other news...
'I'm Dead': Florida Biker Sees No Way Out After Los...
SOCIALISM SURVIVOR: How can we push back against so...
Trump Jr. torches Cheney, Pelosi and their "useful ...
Gates and Soros-backed organization buys U.K. Covid...
Top epidemiologist: CDC undercounting vaccinated CO...
Man gets 8 months in prison after carrying “Trump” ...
0 Comments
Inline Feedbacks
View all comments