Can Spirit of 1941’s ‘Atlantic Charter’ Lead to Positive Developments in 2021? 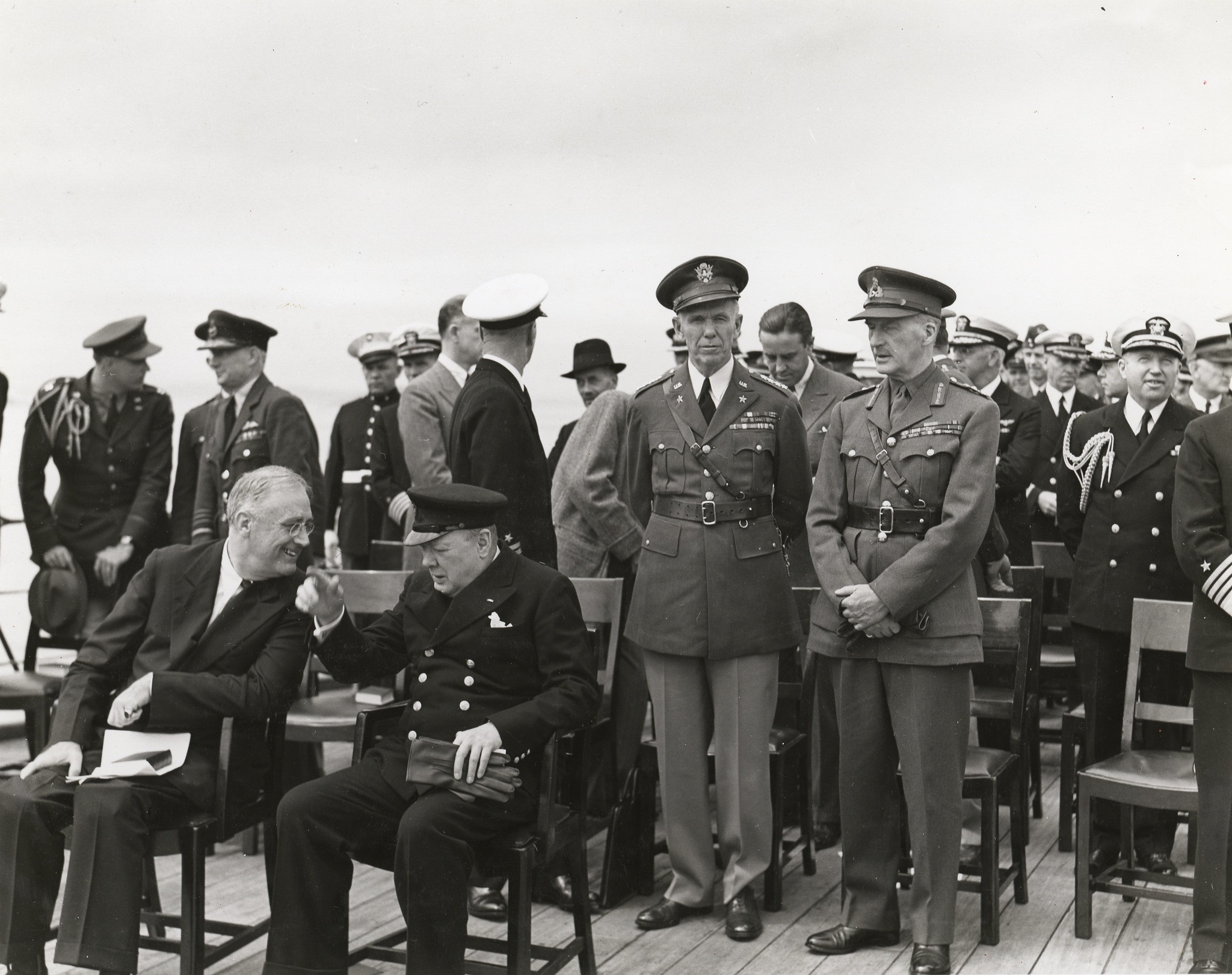 Surge Summary: Eighty years ago, before the United States officially entered World War II, America and Great Britain agreed on mutual principles and goals with the ratification of the “Atlantic Charter”. Can the same objectives be achieved today between these two long-standing allies?

When he became prime minister in May 1940, Winston Churchill was convinced that Britain could not defeat the Axis Powers without the active participation of the United States. He worked long and hard to persuade President Franklin Roosevelt to join the conflict to defeat Germany, Japan, and Italy. In March 1941, the United States passed the Lend Lease Act to provide material support for the beleaguered British. By the summer of 1941, Germany had conquered much of Europe, had invaded the Soviet Union, and threatened Northern Africa. Although the British had staved off a Nazi invasion of their homeland, their situation appeared dire.

One step in Churchill’s campaign to enlist America’s aid was the formulation of the Atlantic Charter to set forth their nations’ shared goals for the postwar world. From August 9–12, 1941 Churchill and Roosevelt met aboard the HMS Prince of Wales, anchored off the coast of Newfoundland, to hammer out this charter.

Released on August 14, their joint declaration listed eight “common principles” that the United States and Great Britain pledged to promote in the postwar world. Both nations promised not to seek territorial expansion and to work to ease restrictions on international trade, ensure freedom of the seas, and improve international economic and welfare standards. Most significantly, both the United States and Great Britain agreed to help restore self-government for all nations the Axis Powers occupied during the war and assist their citizens to choose their own form of government.

The meeting, however, did not produce the principal results either Churchill or Roosevelt desired. Churchill’s primary goal was to convince the United States to enter the war. At the very least, he hoped that the United States would provide more military aid to Great Britain and warn Japan to refrain from aggressive actions in the Pacific. Roosevelt hoped that adopting the Charter would help persuade the American people to support joining the Allies, but most citizens strongly opposed this policy until the Japanese attacked Pearl Harbor on December 7, 1941.

Both leaders realized, however, that their joint declaration was the most they could achieve during the conference. Although the United States refused to join the Allied cause, the declaration bound the United States more closely to Great Britain and helped raise the morale of the British people when their situation seemed bleak.

At a meeting on January 1, 1942, representatives of 26 Allied nations pledged to support the Atlantic Charter’s principles. The charter publicly proclaimed the mutual desire of the United States and Great Britain to stop Axis aggression. It expressed Churchill’s and Roosevelt’s goal of creating a postwar world that involved freer trade, greater self-determination, disarmament, and collective security. The charter later helped inspire colonialized nations in Africa and Asia to fight for independence.

Undoubtedly speaking for many American Christians, the editors of Christian Century rejoiced that the Atlantic Charter “is not marred by any spirit of vindictiveness or any desire for revenge.” Its main points, the editors emphasized, accorded with positions taken by Pope Pius XII, many religious bodies, and numerous church leaders. They complained, however, that the conference had led Roosevelt to take “another long psychological step toward entrance into a shooting war.”

During World War II, Churchill and Roosevelt developed a close relationship. Between 1939 and 1945, they spent 113 days together and exchanged about 2,000 letters. Their friendship was based primarily on their common goals, mutual admiration, and personal trust. Often overlooked is that they also shared the same Anglican/Episcopal faith, although Roosevelt was considerably more devout and more frequently articulated biblical rationales for his policies and actions.

Their faith prompted them to begin their conference on the Prince of Wales by invoking God’s aid. Both men helped arrange a worship service on August 9, 1941, and both commented effusively about how wonderful it was. The service included a congregational confession of sin, the reading of Joshua 1:5-9, three hymns, and prayers read by British and American chaplains.

In a radio broadcast to the British people on August 24, Churchill declared, “We sang ‘Onward, Christian Soldiers,’ and indeed I felt that … we were serving a cause for the sake of which a trumpet has sounded from on high. When I looked upon that densely packed congregation of the fighting men of the same language, of the same faith, of the same fundamental laws, of the same ideals … it swept across me that here was the only hope, but also the sure hope, of saving the world from merciless degradation.”

Roosevelt called the service the “keynote” of his meeting with Churchill. “If nothing else had happened while we were here,” he told his son Elliott, the service “would have cemented us. ‘Onward Christian Soldiers.’  We are and will go on, with God’s help.”

Almost 80 years later in less perilous but still troubled times, President Joe Biden and British Prime Minister Boris Johnson on June 10 signed a new Atlantic Charter reaffirming the commitment of their nations to work together to produce “a more peaceful and prosperous future.” Echoing the themes of the 1941 charter, Biden and Johnson resolved to “defend the principles, values, and institutions of democracy … uphold the rule of law, and support civil society and independent media.” The two nations promised to defend “the principles of sovereignty, national integrity and peaceful resolution of disputes.” They pledged to maintain “our collective security and international security against the full spectrum of modern threats.”

Reflecting the changed geopolitical circumstances, the charter calls for “building an inclusive, fair, climate-friendly, sustainable, rules-based global economy.” It also promises to combat new threats to global stability arising from cyber terrorism and health crises. And, as did Roosevelt and Churchill before them, Biden and Johnson further cemented the long-standing bond between the United States and Britain and the commitment of both nations to promoting democracy throughout the world.

The post Can Spirit of 1941’s ‘Atlantic Charter’ Lead to Positive Developments in 2021? appeared first on DailySurge.

In other news...
REVEALED: Did Dirty Brad Raffensperger Have His Gan...
CAN CALIFORNIA BE SAVED? How Newsom's Environmental...
Fauci: The “Delta Variant” Is The “Greatest Threat”...
The BIGGEST RISK in the Financial System Today! How...
The future for college athletes in NCAA | Wake Up A...
President Biden Turns “The War On Terror” Against W...
0 Comments
Inline Feedbacks
View all comments