THE USE OF MRNA-BASED COVID-19 VACCINES PRODUCED BY COMPANIES SUCH AS PFIZER, ESPECIALLY AMONG ELDERLY PEOPLE FOLLOWING THE SURGE IN DEATHS IN NORWAY

China’s Global Times reports Chinese experts said the death incident should be assessed cautiously to understand whether the death was caused by vaccines or other preexisting conditions of these individuals.

Yang Zhanqiu, a virologist from Wuhan University, told the Global Times on Friday that the death incident, if proven to be caused by the vaccines, showed that the effect of the Pfizer vaccine and other mRNA vaccines is not as good as expected, as the main purpose of mRNA vaccines is to heal patients.

A Beijing-based immunologist, who requested anonymity, told the Global Times on Friday that the world should suspend the use of the mRNA COVID-19 vaccine represented by Pfizer, as this new technology has not proven safety in large-scale use or in preventing any infectious diseases.

Older people, especially those over 80, should not be recommended to receive any COVID-19 vaccine, he said.

All of which is a problem since it is the elderly who are at most risk (quite frankly at any real risk at all) and thus who need the protection the most. The Chinese health experts instead say that the most elderly and frail should be recommended to take medicines to improve their immune system.

Of course, one cannot help but note the irony of scientists from the source of the plague that has killed millions around the world and destroyed lives/economies almost everywhere, is now calling for the cessation of the process to protect against the plague.

As we detailed earlier, Norway health authorities are reporting COVID-19 vaccine news of monumental importance at a moment the US is rushing to get an initial some 30 million doses into the arms of the elderly and those with chronic health conditions: sick patients over 80 are particularly at risk for devastating side effects.

Thus for this vulnerable demographic which is currently first in line in North America, the “cure” could be worse than the disease. Bloomberg notes that it’s “the most cautious statement yet from a European health authority” regarding potential adverse vaccine health risks.

“For those with the most severe frailty, even relatively mild vaccine side effects can have serious consequences,” the Norwegian Institute of Public Health said.

The health authority said further in its most blunt statement cautioning against a policy of a blanket promotion of the vaccine for all:

“For those who have a very short remaining life span anyway, the benefit of the vaccine may be marginal or irrelevant.”

This comes after a handful of global cases, including an elderly patient in France, where a recipient died within hours of receiving their first-round of the vaccine.

Thus far Norway says it has administered doses to up to 33,000 people, including the elderly, but are already finding it “too risky” for the terminally ill and people over 80 that are in frail condition. Given only 33,000 injected so far, the reported death count is already staggering and is causing officials to sound the alarm:

Norwegian officials said 23 people had died in the country a short time after receiving their first dose of the vaccine. Of those deaths, 13 have so far been autopsied, with the results suggesting that common side effects may have contributed to severe reactions in frail, elderly people, according to the Norwegian Medicines Agency.

But despite the warnings being featured prominently at the end of this week in Bloomberg and multiple other mainstream publications, again we doubt this will do anything in terms of putting the brakes on the rushed vaccine roll-out in the US where it’s precisely the elderly, frail, and those prone to persistent health conditions that are being urged on by state and federal policies to be first in line.

How many of these deaths came after the Pfizer vaccine? It would be good to know after the news from Norway. https://t.co/TtazlDpG0s— Neil Clark (@NeilClark66) January 15, 2021

Meanwhile, Bloomberg had this to say of the most common vaccine brands in Norway and the West:

Representatives for Pfizer and BioNTech didn’t immediately respond to requests for comment.

The Pfizer-BioNTech vaccine approved late last year has been used most broadly, with a similar shot from Moderna Inc. approved earlier this month also now being administered.

Norway initiated its COVID-19 vaccinations last month on the heels of the Pfizer/BioNTech vaccine receiving approval by the European Medicines Agency. Norway’s infections are approaching 60,000 out of total population of 5.3 million, including over 500 deaths.

Many skeptics in Europe and the US still have severe reservations about the vaccines, even as big pharma and governments continually insist they are completely safe.

Anyone Who Believes Pharmaceutical Companies Have a Moral Compass Believes in the Tooth Fairy, Santa Claus, and Vaccines Will Be The Savior of Society

Settlement and They Want You to Trust Them With a Vaccine…

The maker of OxyContin painkillers has reached an $8.3bn (£6.3bn) settlement and agreed to plead guilty to criminal charges to resolve a probe of its role in fuelling America’s opioid crisis.

Purdue Pharma will admit to enabling the supply of drugs “without legitimate medical purpose”.

The deal with US Department of Justice resolves some of the most serious claims against the firm. But it still faces thousands of cases brought by states and families. Purdue called the deal an “essential” step to wider resolution of the matter.

“Purdue deeply regrets and accepts responsibility for the misconduct detailed by the Department of Justice,” said Steve Miller, who joined Purdue’s board as chairman in July 2018, shortly before the firm sought protection from the litigation by filing for bankruptcy.

Each one of the four vaccine producers “is a convicted serial felon: Glaxo, Sanofi, Pfizer, Merck.”

This “mystery” of lawlessness is the force of evil, working through financiers, governors, majors, and other politicians. There is a demonic force at work behind all of this – – the hijacking of the Covid-19 virus to create a pandemic of fear, the destruction of economies around the world to remove security and life support from millions, and now the violent protests designed to flame the fires of hatred among people.

This is the work of the evil one, pure and simple.  As Jesus said, he is a liar and the father of lies.  He is the destroyer, and wants to rule the world through the power of an “anti-Christ” – a one-world ruler.  He knows that his time is short, and that the Messiah Jesus is coming and will one day consume him with the “breathe of His mouth”. He will soon be revealed as a calm and confident individual, charismatic even, one who promises to restore order and bring peace to the nations.  This is the “great deception” that is spoken of in the Bible: see 2 Thessalonians 2:11, which predicts that God will, in an end-times judgment, send “a powerful delusion so that they will believe the lie.”

2 Thess 2:11: 11 “Therefore God sends them a strong delusion, so that they may believe what is false,
in order that all may be condemned who did not believe the truth but had pleasure in unrighteousness.”

This great deception is associated with the satanic work of the Antichrist and his “displays of power through signs and wonders that serve the lie” (verse 9).

News Break is reporting Purdue Pharma pleaded guilty Tuesday to three criminal charges, formally admitting its role in an opioid epidemic that has contributed to hundreds of thousands of deaths over the past two decades.

In a virtual hearing with a federal judge in Newark, New Jersey, the OxyContin maker admitted impeding the U.S. Drug Enforcement Administration’s efforts to combat the addiction crisis. Purdue acknowledged that it had not maintained an effective program to prevent prescription drugs from being diverted to the black market, even though it had told the DEA it did have such a program, and that it provided misleading information to the agency as a way to boost company manufacturing quotas.

It also admitted paying doctors through a speakers program to induce them to write more prescriptions for its painkillers.

The guilty pleas were entered by Purdue board chairperson Steve Miller on behalf of the company. They were part of a criminal and civil settlement announced last month between the Stamford, Connecticut-based company and the Justice Department.

The deal includes $8.3 billion in penalties and forfeitures, but the company is on the hook for a direct payment to the federal government of only a fraction of that, $225 million. It would pay the smaller amount as long as it executes a settlement moving through federal bankruptcy court with state and local governments and other entities suing it over the toll of the opioid epidemic.

Members of the wealthy Sackler family who own the company have also agreed to pay $225 million to the federal government to settle civil claims. No criminal charges have been filed against family members, although their deal leaves open the possibility of that in the future.

Purdue’s plea to federal crimes provides only minor comfort for advocates who want to see harsher penalties for the OxyContin maker and its owners. The ongoing drug overdose crisis, which appears to be growing worse during the coronavirus pandemic, has contributed to the deaths of more than 470,000 Americans over the past two decades, most of those from legal and illicit opioids.

The attorneys general for about half the states opposed the federal settlement, as well as the company’s proposed settlement in bankruptcy court. In the bankruptcy case, Purdue has proposed transforming into a public benefit corporation with its proceeds going to help address the opioid crisis.

The attorneys general and some activists are upset that despite the Sacklers giving up control of the company, the family remains wealthy and its members will not face prison or other individual penalties.

The activists say there’s no difference between the actions of the company and its owners, who also controlled Purdue’s board until the past few years. 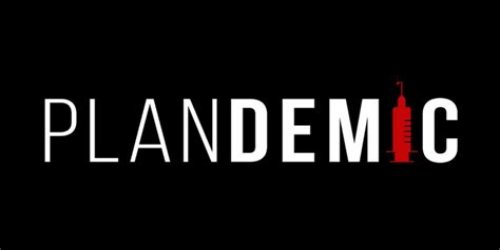 THE USE OF MRNA-BASED COVID-19 VACCINES PRODUCED BY COMPANIES SUCH AS PFIZER, ESPECIALLY AMONG ELDERLY PEOPLE FOLLOWING THE SURGE IN DEATHS IN NORWAY 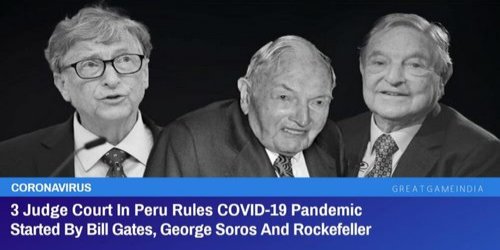 The COVID-19 Plandemic Was Started by Satan Soldiers Billionaires Bill Gates, George Soros and Rockefeller This Being The Case, the Covid 19 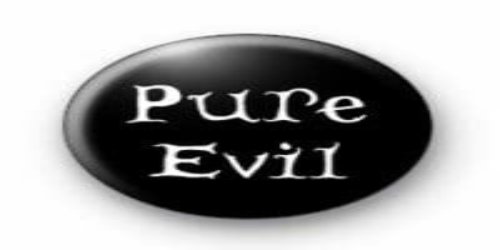 The Fourth Wave of COVID-19 Coming It’s Odd That Somehow Most of Us Missed the First, Second, and Third Waves? 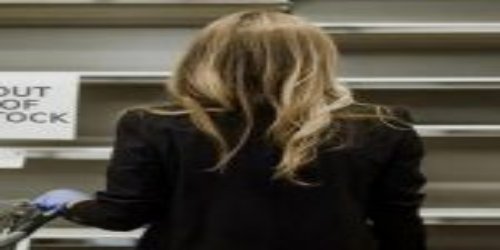 A Quick Reminder Of How Venezuela Ran Out Of Food: Does This Look Familiar? Everyone Wants to Think The Store Shelves

The post THE USE OF MRNA-BASED COVID-19 VACCINES PRODUCED BY COMPANIES SUCH AS PFIZER, ESPECIALLY AMONG ELDERLY PEOPLE FOLLOWING THE SURGE IN DEATHS IN NORWAY appeared first on www.HNewsWire.com.