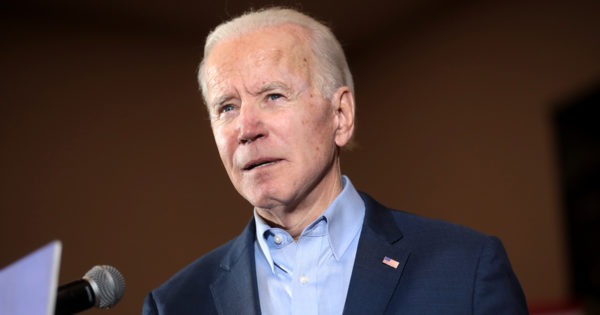 The Biden administration quietly ended President Donald Trump’s policy that saw many Americans receive lower cost insulin and epinephrine pens on the same day he promised a $500 million purchase of COVID-19 vaccines to be sent to foreign countries.

Yesterday, Biden promised world leaders at the G7 summit that the United States of America would finance a $500 million purchase of COVID-19 vaccines to be given to poor countries at almost precisely the same time the White House budget office approved Biden’s plan to slash a Trump-era program that provided low cost insulin and epinephrine pens to low income Americans.

On the ending of the Trump-era program, Fox Business reported, “The measure, signed off on under the previous administration in December, aimed to require some 340B community health centers to deliver savings to low-income patients for insulin and epinephrine in a bid to bring down unaffordable prices.” Fox Business notes that the Biden administration refused to offer a comment when asked by the cable network.

Hours earlier, Biden promised to unveil an American-led worldwide program to address COVID-19 vaccines as he prepared to leave the United States for the United Kingdom to meet with world leaders. After arriving, and only an hour before the White House budget office would make its announcement regarding insulin and epinephrine pens, the Washington Post revealed the administration’s plan to buy $500 million worth of Pfizer vaccines, and reported that “President Biden is slated to announce the plan this week at the Group of Seven meeting in Britain, where he is expected to be joined by Pfizer CEO Albert Bourla.”

This happened earlier today, with Biden appearing before the international media to make the announcement. Today we’re taking a major step that will super charge the fight against the global pandemic. “At my direction, the United states will purchase an additional half billion doses from Pfizer, Pfizer vaccine, that will donate nearly 100 low and lower middle income countries, they will be the beneficiaries. Let me say that again, the United States will purchase a half a billion doses of Pfizer’s COVID-19 vaccine to donate to nearly 100 nations that are in dire need in the fight against this pandemic.”

#BREAKING: President Biden: “The U.S. will purchase half a billion doses of Pfizer COVID-19 vaccine to donate to nearly 100 nations that are in dire need in the fight against this pandemic.” pic.twitter.com/5ZdFbvKduW

Biden added, bragging about spending United States tax dollars to help “low and lower middle income countries,” that his decision represents “A historic step. The largest single purchase and donation of COVID-19 vaccines by any single country ever. Importantly, this is the mRNA vaccine, which is proven to be extremely effective against COVID-19 and every known variant of that virus thus far. ”

Biden made the decision even as many Americans continue to struggle from the effects of a year or more in lockdown, and as the economy makes an extremely sluggish recovery that has defied expectations with extremely low job numbers, and as Americans brace for rates of inflation that have not been seen since the recession of 2008.