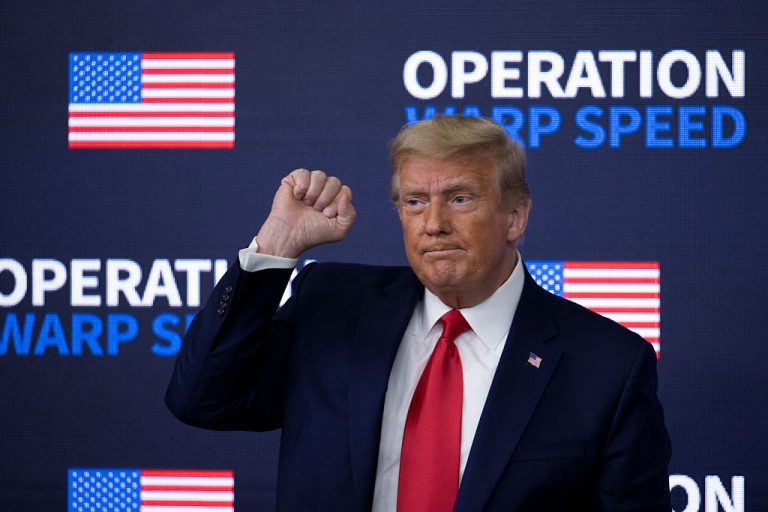 It’s been almost a year since former president Donald Trump announced the launch of Operation Warp Speed. Objectively speaking, the vaccine initiative has been a resounding success. More than 147 million Americans, almost half the population, have received at least one dose of the COVID-19 vaccine. Roughly a third of the country, about 106 million, is fully vaccinated.

Now that a Democrat is president, scientific “experts” and uncredentialed media pundits alike have been parroting the party line—”See, vaccines work!”—without mentioning, much less crediting, Operation Warp Speed as a key factor in getting so many Americans vaccinated so quickly.

At least they’re (sort of) consistent. These same pundits did not think much of Trump’s vaccine initiative when it was announced in May 2020 with the aim of producing hundreds of millions of vaccine doses by 2021. Dr. Anthony Fauci suggested Trump’s ambitious goal was “reckless.” The Washington Post interviewed scientists who warned it was “dangerous to set a timetable, given the scientific unknowns and the danger of rushing testing.”

CNN, as you might expect, has covered President Joe Biden slightly differently than it covered Trump on the issue of vaccines. Whereas the former president was “ginning up pressure” on drug companies to develop a vaccine quickly, the network has praised Biden’s “urgent, wartime effort” to get Americans vaccinated.

The New York Times published an interactive graphic purporting to answer the question: “How long will a vaccine really take?” The most optimistic scenario, according to the Times, was that a vaccine would not be approved for emergency use until January 2024. Fortunately, the projections were way off.

In other news...
One Dose or Two?
Consumer Prices Have Skyrocketed In Recent Months. ...
Republicans demand investigation into John Kerry ov...
What kind of European Union does Lithuania want?
'The Five' get into heated debate over Facebook kee...
EXPOSED: Why Is the CDC Taking Guidelines from TEAC...
0 Comments
Inline Feedbacks
View all comments