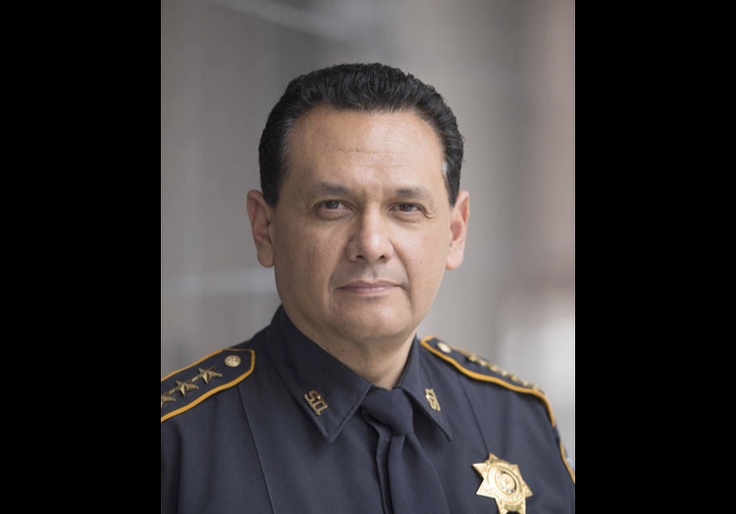 President Joe Biden’s nominee for director of Immigration and Customs Enforcement, the Texas sheriff Ed Gonzalez, petitioned a court earlier this year to force the mass release of inmates from his county jail. Many of them had been charged with violent crimes and felonies, according to court records reviewed by the Washington Free Beacon.

Gonzalez has served as sheriff of Harris County, Texas, since 2017. Earlier this year, he filed an emergency request asking a federal court to help negotiate the potential release of 1,500 inmates from the Harris County Jail, which he ran and which had an inmate population of around 9,000 at the time. He cited overcrowding, though the jail had housed nearly 10,000 in 2018.

The request came as Harris County and its largest city, Houston, faced a massive spike in crime that many law enforcement advocates have attributed to lenient bond rulings that flooded the streets with criminals. Since 2015, homicide cases increased by 25 percent and assault cases nearly doubled, according to statistics compiled by the Harris County Justice Administration.

Tom Homan, former acting director of ICE under President Donald Trump and a senior fellow at the Immigration Reform Law Institute, said he is concerned about Gonzalez’s actions as sheriff and said the nomination is drawing opposition from ICE employees.

“If you’re a victim or witness the last thing you need is a bad guy to get back into the community,” said Homan. “Morale’s already in the toilet [at ICE] due to what the Biden administration’s done. … How much more can ICE take? They’ve already been decapitated.”

In January, Gonzalez filed a motion for an emergency hearing with the Texas Southern District Court, in an attempt to force the Harris County district attorney’s office to release a significant portion of his jail population. The vast majority of inmates in the jail have been charged with felonies.

At the time, the jail had 9,000 inmates, which was within typical range for the facility and nearly 1,000 less than the jail had housed in 2018, according to county data.

Gonzalez argued that COVID drove the need to downsize, although he noted that “the current number of inmates and staff testing positive is currently relatively small” as of January.

“The jail is bursting at the seams. Something must be done to reduce the population,” wrote Gonzalez. “Many of the inmates—pre-trial misdemeanors, state jail felonies without holds, other non-violent charges—ought to be subject to release.”

Gonzalez compiled a list of 1,500 inmates that his office said could be eligible for release, which he sent to the district attorney’s office for approval. D.A. Kim Ogg, a Democrat who ran on a progressive criminal justice reform platform, balked at the proposal.

Ogg added that the remaining 395 inmates on the release list “collectively have 823 pending cases [against them], many of which have a bond greater than $10,000. Many of these multiple arrestees were on bond when arrested for new offenses.”

She agreed to release 60 out of the 1,543 proposed for release by Gonzalez.

According to Ogg, the sheriff’s office had omitted significant concerning details about many of the inmates. One of the prisoners on the list, who was charged with misdemeanor assault of a family member, was also facing probation violation and deferred felony charges for residential burglary and had waived bail hearings. The sheriff neglected to note that another inmate on the list, who had been indicted for felony theft, had previously been released on a reduced bond in an ongoing felony forgery case and was facing deportation when he was rearrested. Another prisoner, charged with violent misdemeanor terroristic threat, had previously been released on bond but had it rescinded twice for failing to comply with electronic monitoring.

Ogg said the sheriff’s office also defended its request to release inmates who had “external holds”—for example, were subject to deportation orders or out-of-state extradition requests.

The sheriff’s office wrote: “Our hope is that we can get the [Harris County] case cleared so that the defendant can be released to take care of the hold.”

But Ogg countered that these inmates were unlikely to return to court to face their Harris County charges if they were also facing deportation or extradition.

“This does not make sense. The inclusion of defendants with holds on this list places the cart before the horse,” she wrote.

Gonzalez’s request also drew criticism from state lawmakers, who filed an amicus brief in the case calling the potential release “dangerous” and arguing that it would add to the “crime wave in Harris County.”

“The sheriff’s statements are alarming because he is entrusted with protecting all Harris County citizens by enforcing the law,” said the lawmakers in the amicus brief. “Certainly, there are other options aside from wholesale release, including the procurement of additional jail space and cooperation with the Harris County legislators.”

Gonzalez responded with another court filing, arguing that he was not advocating for the release of any “potentially dangerous detainees.”

“The criminal justice system has ample protections to ensure that those charged with violent offenses receive attention from judges, prosecutors, and defense counsel before bond is set or release determined,” wrote Gonzalez.

One of the legislators who filed the amicus brief, state senator Paul Bettencourt, told the Free Beacon that Harris County’s rising crime rate was due to felony bond reform, noting that more than 100 murders in the past year were linked to suspects who were out on multiple felony bonds or personal recognizant felony bonds issued by lenient judges.

“There simply wasn’t a COVID crisis that [necessitated] setting off a crime bomb in Houston by releasing half the jail population,” said Bettencourt. “You want a sheriff to stand up for law and order. That means keeping the prisoners in the jail.”

“The fact that you have leftist progressive criminal judges that are willing to [release offenders] is one thing. But that the sheriff goes along with them, and sues to try to get half the jail population out—that’s preposterously bad public policy,” he added.

The Harris County Sheriff’s Office did not return a request for comment in time for publication.