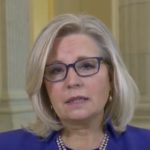 Rep. Liz Cheney (R-Wyo.) is continuing her criticism of former President Donald Trump over his lies about the integrity of the 2020 presidential election. During a discussion with former House Speaker Paul Ryan (R) in front of a “crowd of donors and scholars” at a Georgia conference of the conservative think tank known as the American Enterprise Institute this week, Cheney described the lies that Trump and some of his prominent allies have spread as “poison,” adding that while in office, Trump crossed a “line that cannot be crossed.”

As Cheney pointedly put it:

‘We can’t embrace the notion the election is stolen. It’s a poison in the bloodstream of our democracy. We can’t whitewash what happened on January 6 or perpetuate Trump’s big lie. It is a threat to democracy. What he did on January 6 is a line that cannot be crossed.’

Although the remarks were issued behind closed doors, Cheney has already publicly made clear that she holds Trump responsible for the violence at the Capitol on January 6. In remarks to a rally in D.C. ahead of the rioting, the then-president told his followers that they must “fight like hell” in order to save the country in the wake of the imaginary systematic fraud that he has claimed swung the election to Biden. Subsequently, a mob of Trump supporters stormed the Capitol, putting the lives of many from across the government and public service in danger.

Cheney’s remarks at the Monday conference in Georgia came on the same day that the former president himself issued yet another public statement claiming that he was the rightful winner of the 2020 presidential race, despite the fact that no meaningful evidence for this claim has ever emerged. Trump nevertheless described the 2020 presidential election as “fraudulent” in his Monday statement. A recent Reuters/ Ipsos survey found that 60 percent of Republicans “believe the false claim put out by Trump that November’s presidential election “was stolen” from him due to widespread voter fraud.” Delusion is, at this point, becoming embedded in the fabric of the Republican Party.