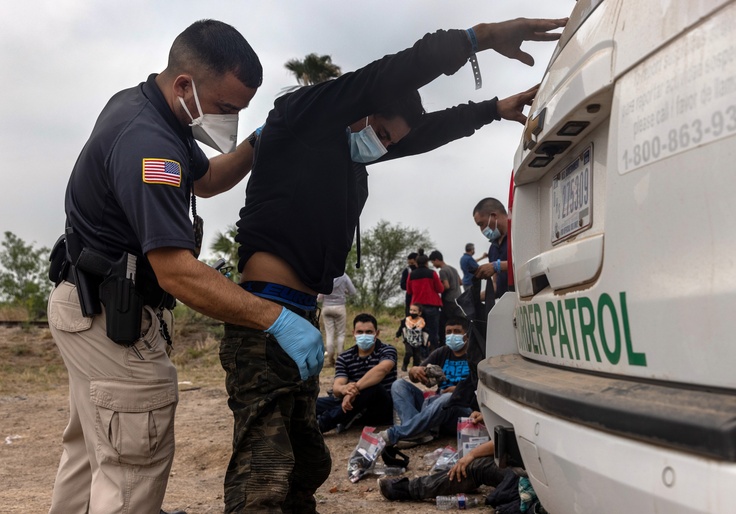 Cooperation between U.S. and Mexican authorities to target cartels has deteriorated amid a surge of illegal immigration at the U.S.-Mexico border, Matthew Donahue, the DEA deputy chief of operations, told NPR. Donahue said Mexican law enforcement have cut off ties with the DEA, fearing punishment from the Mexican government if they cooperate with the U.S. agency—a breakdown that has helped cartels smuggle fentanyl and methamphetamines into the United States.

“It’s a national health threat, it’s a national safety threat,” Donahue said. “[The cartels] do not fear any kind of law enforcement … or military inside of Mexico right now.”

“President Biden’s policies aren’t compassionate and they aren’t protecting Americans,” Cotton tweeted on Tuesday. “The Biden administration is making it easier for drugs to be smuggled into our country.”

Within weeks of taking office, President Joe Biden overturned a spate of Trump administration policies that maintained strict border enforcement, helping precipitate a massive surge in illegal immigration. In March, Secretary of Homeland Security Alejandro Mayorkas said the country is facing its worst influx of illegal immigration in 20 years. The surge has created both security and humanitarian crises: Federal authorities have apprehended multiple foreign nationals on terror watchlists at the border, and customs agents have detained thousands of unaccompanied minors in overcrowded facilities as they struggle to control the wave of illegal immigration.

A porous border and weak security ties with Mexico have resulted in large influxes of fentanyl, a highly addictive and lethal drug, across the southern border. Between October 2020 and March 2021, customs agents seized more than 2.5 tons of fentanyl—a more than 300 percent year-on-year increase. Since 2019, cartels have enjoyed soaring profits due to increased demand for the drug in the United States. More than 90,000 Americans overdosed on illicit drugs last year.

In other news...
Melinda Gates Reveals Marriage to Bill Gates 'Irret...
Biden Has EPIC Fail Reading Off Teleprompter and In...
LeBron, we need to talk
What has happened to Private Eye?
Derek Chauvin’s Defence Attorney Files for Retrial,...
Hank Kunneman: “I Have Been Working Behind The Scen...
0 Comments
Inline Feedbacks
View all comments