The Smallest Airports From Around the World

Airports can be huge, sprawling places with multiple buildings, terminals and gates. But the big, grand airports aren’t what we’re talking about here. These are the smallest airports from around the world.

This airport is mostly for general aviation, however, there is one commercial airline that connects the area to the Washington Dulles International Airport. This airport has free coffee, Wi-Fi, and parking. There is only one runway and it’s less than 2,700 feet long.

According to the Federal Aviation Administration, also known as FAA, this is the smallest airport in the United States. The airport serves less than 3,000 passengers each year.

This teeny airport is located in the Caribbean. Travelers are happily surprised when they see how comfortable this airport is. There’s Wi-Fi, air conditioning, an outdoor observation deck, and a bar/restaurant. The airport has only one runway, and four daily flights as of August 2020. 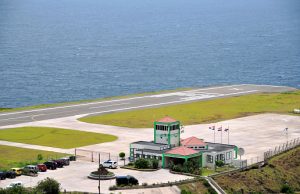 This airport services the small Dutch Island of Saba in the Caribbean. The airport is known for being the smallest in the world, with the shortest runway, and high hills on one side with cliffs that drop off into the sea at both ends. The runway is so short, it comes in at just under a ¼ mile. (The runway is only slightly longer than a typical aircraft, and because of this jet aircraft cannot land here, as they may overshoot the runway and end up in the ocean.) The sole airline operating through Juancho E Yrausquin Airport is Windair, and has only two flights a day. The flights are to nearby Saint Eustatius and Saint Martin, both of which are less than 15 minute flights.

This airport in Nepal is known as one of the smallest, and also one of the most dangerous. It’s got a super short runway as well and along with that steep cliffs and even steeper drop offs. The airport is named after Sir Edmund Hillary and Sherpa Tenzing Norgay, the first two to ever summit Mount Everest. The airport may be one of the smallest in the world but in 2016, it did see about 120,000 passengers as it’s a common starting point for people visiting or attempting Mt. Everest. 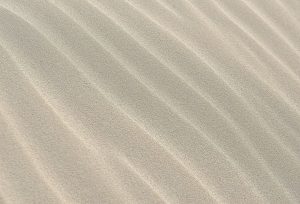 The smallest in Europe and the smallest in the UK, this airport is known for its many trivia facts.  The Barra airport has one of the runways with the best approach in the world. As well as being one of the smallest airports in the world, the runway is made entirely of sand. In fact, planes tend to land on the beach, much to the excitement of beach-goers. Because of the beach landings, this airport is familiar in movies and with filmmakers when beach-landings are required. The high tide here means Barra runaways are only functional for a few hours each day. There are only two airlines using the airport currently, Loganair and Flybe. 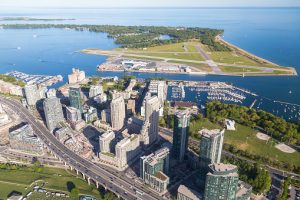 You would think that the Toronto City Airport would be a major Canadian hub, but it turns outs that it’s actually one of the smallest in Canada. However, it still somehow manages to be the ninth-busiest in the country. In 2017 alone, the airport accommodated close to 3 million passengers. This airport was opened in 1939 and was intended to be Toronto’s main airport, but that went to Toronto Pearson.

This Australian airport is the smallest and has only one Airline operating flights out of it, Alliance Airlines. There is only one runway and one carrier operating flights to Adalaide. Despite being little, Olympic Dam Airport accommodated almost 75,000 passengers in 2014. This airport has one main purpose though, and that is to serve the Olympic Dam mine that’s close by, as it’s the largest single deposit of uranium in the world.

Four airlines service this airport including Bangkok, Lao Airlines, Tonlesap Airlines, and Vietnam Airlines. The airport has only one runway but intends to expand in the near future, thus increasing flights to the location as well. The airport has a few shops, a restaurant, and a currency exchange center.

There are so many teeny, tiny airports, with their quirks. Which is your favorite small airport?

The post The Smallest Airports From Around the World appeared first on Oddee.

Click this link for the original source of this article.
Author: Emily Rokke

This content is courtesy of, and owned and copyrighted by, https://www.oddee.com and its author. This content is made available by use of the public RSS feed offered by the host site and is used for educational purposes only. If you are the author or represent the host site and would like this content removed now and in the future, please contact USSANews.com using the email address in the Contact page found in the website menu.

In other news...
DC Mayor Says City Has Requested Help From National...
Morgan Ortagus: Packing the court is something a 't...
Stephen Miller warns Americans: This is the biggest...
US Forces in Syria Fire a Howitzer Into the Empty D...
Two Navy Seals, Two MOH Recipients, And Immeasurabl...
BREAKING: Breonna Taylor’s Mom Slams BLM As ‘Fraud’...
0 Comments
Inline Feedbacks
View all comments