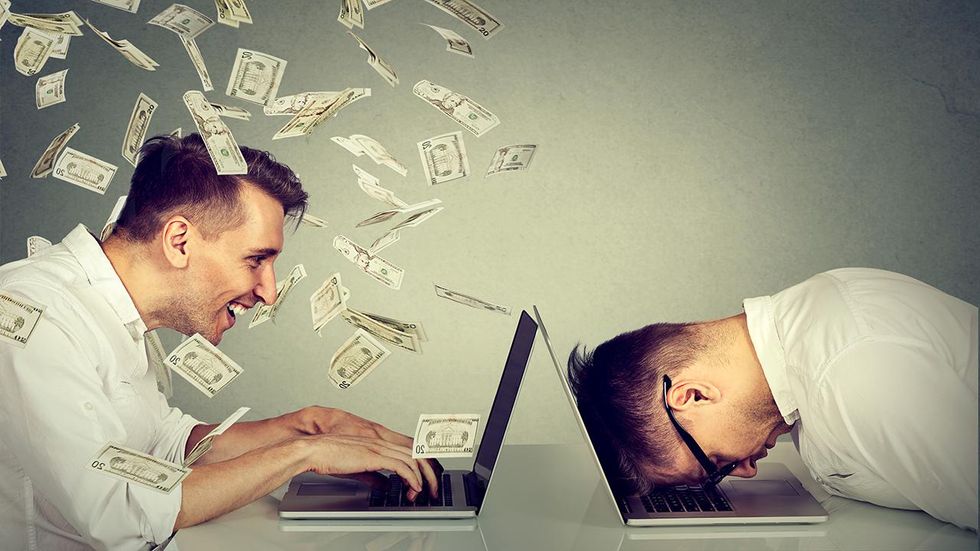 We need an OVER/UNDER for just how many L’s the Biden Administration can throw up to fix the border crisis they created. The easy thing would be to go back to the Trump policies that Joe campaigned against. Biden could just admit he soiled his tighty whities on that one. Also, that he was wrong about the border. Instead, according to an exclusive from Reuters, there is talk of sending cash payment to Central America to stop them from coming here illegally.

The potential program would be targeted at people in the Northern Triangle region of Guatemala, Honduras and El Salvador, Roberta Jacobson, the White House’s southern border coordinator, told Reuters in an interview, without saying who exactly would receive cash.

“We’re looking at all of the productive options to address both the economic reasons people may be migrating, as well as the protection and security reasons,” Jacobson said.

No word on what this cash transfer will look like or how it will work. But, rest assured, Jacobson says the US Government will NOT be handing out money or checks to people. At least, not until someone working at the White House reads a Vox blog post that we should hand out money and checks to people. Next thing you know, Joe Biden has an executive order in front of his desk to sign. “I don’t know what I’m signing.” We know, Joe. We know.

Here’s the bigger problem. I cop to not knowing all that much about the region. I only have the bandwidth to follow how messed up one countries government is. I choose to pay attention to one I pay taxes to. But my impression has always been that part of the problem, is government corruption in these countries. It’s why so many of their citizens are fleeing. So we’re going to transfer cash to these countries to do what? Suddenly change their ways and invest in improving the lives of their people? That’s as silly as thinking an amnesty bill isn’t going to encourage more people to enter the country illegally.

The Biden Admin will say it’s “conditional,” but only a nincompoop believes that. Biden sends the cash. The countries don’t mean the conditions. The result is someone at the White House suggesting we send more money. Only sending the cash with a note, “we’re super serious about you guys fixing things this time! Or else!”

You don’t WANT to believe the conspiracies about Democrats when it comes to illegal immigration and WHY Dems seem to love it so much. The Biden Administration is making it so that a) there’s some validity to the theories, or b) the Admin is just stupid. I’m not sure which is worse.