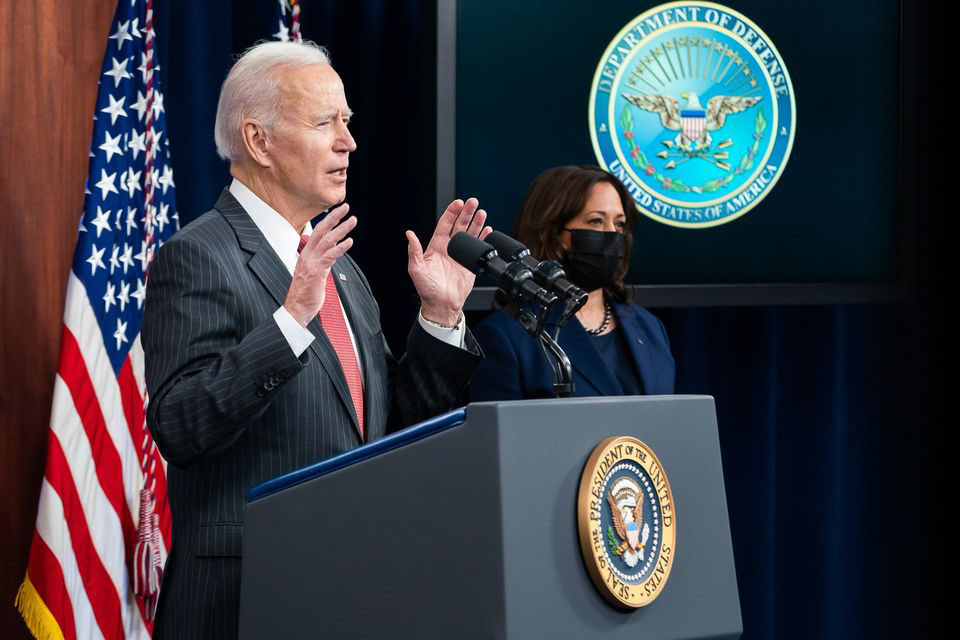 WASHINGTON: The Biden administration will release the topline numbers for its fiscal 2022 budget request on Friday, setting the stage for the new team to begin defending the administration’s first budget.

Full details of the federal budget aren’t expected until later this spring, but the overall budget target for each department will give lawmakers and the public a snapshot of what changes the White House plans to make in the coming year and beyond. An official from the Office of Management and Budget confirmed the Friday release date.

For the Pentagon, it looks likely the overall number will almost certainly come in around $704 to $708 billion, flat from the previous year. That range would represent a decrease of roughly 2% when adjusted for inflation compared to 2021.

A months-long battle on Capitol Hill between Republicans and defense-oriented Democrats committed to maintaining defense sending is likely against progressive Democrats who have called for the budget to be cut.

Wherever the overall number lands, Defense Secretary Lloyd Austin has outlined a busy agenda for his department. More than a dozen reviews of everything from a global posture review to nuclear modernization are underway, meaning major investments or cuts aren’t likely to happen until 2023 on many big-ticket programs.

The expected flat overall defense budget isn’t a Biden policy made up from whole cloth; the Trump budget projection for 2022 was also flat, although it covered inflation, something the Biden budget might not do.

In other news...
Top CNN, MSNBC Contributor Midwin Charles Dies
McEnany: The left will change institutions when the...
Officer Down Memorial Podcast: Red Wing Officers Do...
Senators: PLO must submit to U.S. authority to have...
Biden does not understand guns | Rep. Jeff Van Drew
Google Says BILL GATES Is “The Most Powerful Doctor...
0 Comments
Inline Feedbacks
View all comments