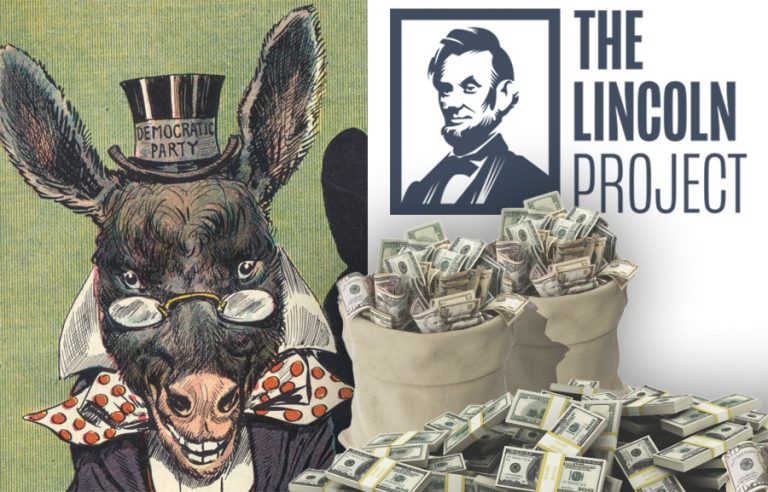 Many of the Democratic Party’s most prominent organizations ditched the Lincoln Project after a series of scandals raised questions about the group’s rapacious finances and the lengths to which its founding members went to protect a serial sex predator.

But a number of key vendors to the Democratic Party are still working with the the controversial super PAC, which has vowed to continue in its quest to accumulate “generational wealth” for its founders even as former employees call for it to shut down.

A Lincoln Project fundraising email dated March 30, 2021, was sent via the technology firm EveryAction, parent company of NGP VAN, which describes itself as “the leading technology provider to Democratic and progressive campaigns and organizations.” The firm, which is charged with maintaining the Democratic Party’s coveted voter information file, boasts that it services “nearly every major Democratic campaign in America.”

Records show the Lincoln Project has worked with NGP VAN since shortly after its founding in December 2019—around the time the super PAC’s founding members began to be notified of concerns surrounding their colleague John Weaver, who is accused of sexually inappropriate behavior with dozens of young men.

Documents obtained by the Washington Free Beacon reveal that the Lincoln Project’s ties to national Democratic groups date back to the super PAC’s founding. In addition to sharing personnel and a mailing address in Washington, D.C., with a number of liberal activist groups, the Lincoln Project relied on key Democratic Party infrastructure by employing Amalgamated Bank, known as “the left’s private banker.” The bank is closely tied to the Democracy Alliance, the George Soros-aligned secret network of wealthy left-wing donors.

Amalgamated Bank remains the Lincoln Project’s bank or depository, according to the super PAC’s most recent FEC statement of organization. The Lincoln Project’s decision to use Amalgamated Bank from its inception leaves little doubt that it was sanctioned by top Democratic brass. The bank’s other clients in 2020 included the Biden campaign and every major Democratic political organization.

Neither Amalgamated Bank nor NGP VAN responded to requests for comment about whether working for a company that allegedly covered up the sexual harassment of young Democratic activists constitutes a deal-breaker for their firms.

The groups’ relative obscurity might have enabled them to avoid public scrutiny in a way that other Democratic organizations could not. The Senate Majority PAC, the leading Democratic organization for funding Senate races, funneled almost $2 million to the Lincoln Project in 2020. After the allegations against Weaver surfaced in February, the Senate Majority PAC announced it would no longer work with the Lincoln Project.

Many have alleged that senior Lincoln Project members were aware of Weaver’s predatory behavior yet refused to take action until his victims were interviewed by the Times. And that is hardly the only scandal plaguing the organization.

Critics on both sides of the political spectrum have accused the group’s founders of engaging in shady financial practices to enrich themselves. Prominent liberals, including Rep. Alexandria Ocasio-Cortez (D., N.Y.), have complained that the Lincoln Project was a “scam” that siphoned donor money away from more deserving left-wing groups.

George Conway, a Lincoln Project cofounder who left the group in August 2020, has called for the organization to be “shut down, absent full disclosure of its finances.” Conway wrote that “there’s simply too much money that hasn’t been accounted for, and, I fear, never will be.”