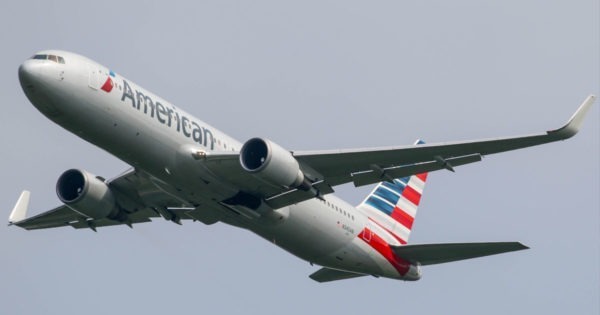 An American Airlines flight originally scheduled to depart from Dallas, Texas and arrive at Los Angeles, California was diverted to Phoenix, Arizona last week after airline staff became aware of an onboard altercation that involved the use of an unspecified racial slur.

Two Hispanic women from the Bronx neighborhood of New York – Leeza Rodriguez, 29, and Kelly Pichardo, 30, – were arrested after the flight landed safely in Phoenix.

When the man began filming the incident with a cell phone camera, Rodriguez allegedly struck his hand in an effort to make him drop the device.

“Their behavior was disturbing and unacceptable, and they have been placed on our internal refuse list pending further investigation,” American Airlines spokesperson Derek Walls told the The Arizona Republic, adding, “We continue to investigate this incident and are working directly with impacted customers to ensure their well-being. We thank our crew members for their professionalism in managing a difficult situation.”

In September 2020, a black woman who proclaimed herself a “queen” from California went on a black supremacist and racist anti-white rant onboard a commercial passenger flight:

“You have white privilege,” the woman can be seen shouting at a flight attendant who is trying to reach the front of the plane. “And it’s not here, it’s over with. It’s 2020, wake up, you got a mask on. And so, you under the government too, you’re confined, and you don’t have white privilege anymore.”

“I’m a queen. California. She was from a black queen,” the belligerent passenger continues to to rant while waving her hand in the flight attendant’s face.

An extended version of the video posted to Reddit shows the black supremacist continuing to harass passengers, screaming “Y’all came from me, black make every color, ya’ll people goin’ extinct, and that’s why you’re mad” and other racist jibberish.