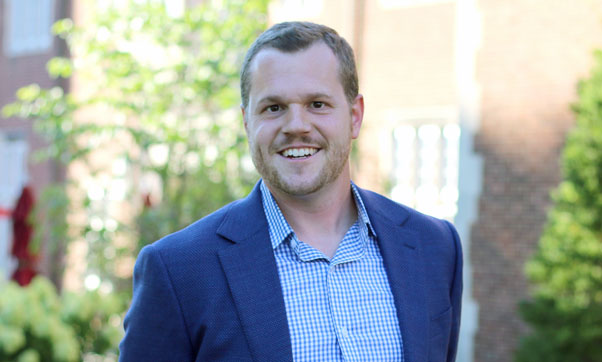 Surge Summary: Among those who know history and economic facts, it is clear: the minimum wage empowers bad people to discriminate against those they dislike. If people really care about helping others financially, creating jobs, strengthening the economy for everyone, they should oppose the minimum wage.

Since the days of Adam Smith, economists have sought a set of social institutions which permit “neither dominion, nor discrimination,” to use Nobel Prize-winning economist James Buchanan’s phrase. In this, economists are joined by all people of goodwill—including those in the Biden administration, which has enshrined equity and inclusion as cornerstones of how they’ll govern.

What separates the economist from other social do-gooders, however, is an unflinching focus on the means used to achieve noble goals. It’s therefore with alarm that I consider the Biden administration’s dual focus on “diversity and equity” and its doubling down on the “fight for $15.” I’m alarmed because the minimum wage impedes our ability to foster a society genuinely built on “diversity and equity.”

Here’s the straight talk on the minimum wage that you probably didn’t learn in school: The minimum wage has been a powerful weapon in the arsenal of racists and bigots. Economists have illuminated the devastating effects of the minimum wage on minorities with empirical evidence and entire books on the subject, but to see one reason why the policy targets minorities, first consider a little basic economics.

Consider the demand side of the labor market. Firms will hire fewer workers if the government criminalizes voluntary agreements to work for less than $15 per hour. This is an uncontroversial point to make about virtually any other market. If the price of apples doubles, people buy fewer apples. They buy more oranges instead. Employers do the same thing. Under the minimum wage, they start buying more machinery, like the kiosks you see in Panera. The upshot: Fewer jobs.

Now let’s consider the supply side of the labor market, where the higher minimum wage attracts new workers into the labor market—those, who like college students, might have sat on the sidelines otherwise. The upshot: More jobseekers.

Fewer jobs plus more jobseekers means that more people will be searching for jobs than there are jobs available—a labor surplus. In other words, the minimum wage creates a “buyer’s market” in labor because it causes jobseekers to line up in front of employers who have limited jobs to offer.

Suppose an employer receives 100 applicants for a job opening. How does he choose who to hire? Without the minimum wage, whoever wants the job most will outcompete other jobseekers by offering to work for less.

With a minimum wage, the employer can’t say: “Who will work for $14.95?” If he does, he’s a criminal; he literally violates the law. Since he can’t just pick the most eager jobseekers, he needs some alternative way to select from his 100 applicants. When you have a surplus of labor in a market with a minimum wage, prices aren’t allowed to adjust, so the employer picks from that surplus based on personal preferences. These may include race, sex, gender, religion, or other personal characteristics that have little to do with productivity. In fact, in the past, it has included just that. Faced with more jobseekers than there are jobs available, a bigoted employer bears little cost when he refuses to hire a member of a group he dislikes. He knows someone else in the applicant pool will be from his preferred group.

In a market without minimum wage, when an employer turns down an applicant to satisfy his bigoted tastes, he doesn’t have 99 other jobseekers to choose from. There’s no labor surplus. If he chooses to indulge his bigoted tastes, the job remains unfilled for longer, which means less money for our racist employer. Consider that, in the United States, the African-American teenage male unemployment rate was lower than the white teenage male unemployment rate through the late 1940s. The 1950s saw the single largest increase (in percentage terms) of the minimum wage. The reasoning I just gave explains why the African-American teen joblessness rate then soared above whites. That gap remains to the present day.

Like Adam Smith, James Buchanan, and the Biden administration, I too desire a society where the power of bad people to exercise “dominion or discrimination” against their fellow man is constrained, even eliminated. Presumably, my fellow Pennsylvanians do too. The fact that nearly two-thirds of them (and 89% of liberals) support a $15/hr. minimum wage is therefore troubling. My fellow citizens should consider whether this policy facilitates or impedes the ability of bad men to do harm. Economics says it facilitates.

So does history. As Princeton’s Thomas Leonard has demonstrated in his book, Illiberal Reformers: Race, Eugenics, and American Economics in the Progressive Era, the early minimum-wage advocates saw it as a prime tool to exercise “dominion and discrimination” over those they deemed ill-suited to reproduction. The minimum wage was well-suited to perform the Progressives’ dirty work of discriminating against (what they considered) the least productive by making them unemployable.

It has been over 100 years since the Progressive Era. But the laws of economics haven’t changed. The only question is: Have we?