A Democrat Lost By Six Votes, Now The U.S. House May Throw Out Election Results To Let Her Win 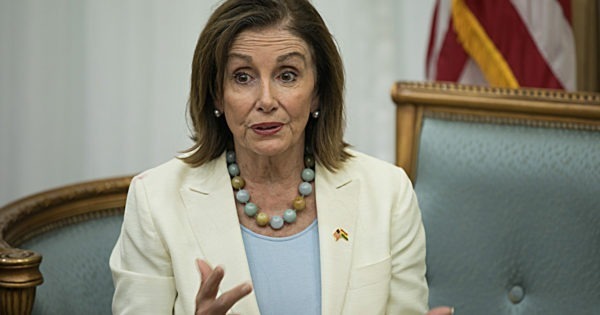 The U.S. House of Representatives is set to consider whether Republican Rep. Mariannette Miller-Meeks, the Republican winner in Iowa’s second district, won by fraud. She won by a mere six votes, upsetting Democrat favorite Rita Hart.

Despite months of the House of Representatives haranguing supporters of President Donald Trump, who have gathered credible evidence that indicates widespread voter fraud occurred during the 2020 election, the U.S. House is now set to potentially overturn the results of what former Attorney General Bill Barr called the safest election in American history to allow a losing Democrat to take a Republican’s seat.

“The House Administration Committee gathered virtually Friday afternoon to finalize the process by which it will adjudicate Hart’s claim, which was filed under the Federal Contested Elections Act,” Politico reported. “The committee has been largely silent since Hart first made her contest in December, but the hearing suggests that it is preparing to review the matter further.”

The Democrats, especially those in the Pelosi-dominated House, have repeatedly denied the existence of voter fraud in the 2020 election. However, due to President Trump’s effective campaigning, their majority in the House shrunk to just five members. If they overturn the results of the election to allow Hart to take her Republican opponent’s seat, this margin would increase to six.

Hart claims that 22 ballots were inappropriately ejected from the ballot count on November 3, which was more than enough to push her Republican challenger over the top.

Perhaps unsurprisingly, the Democrat-led Congress has advanced Hart’s claim while ignoring another similar case in nearby Illinois, where Republican Jim Oberweis says he was defrauded out of his victory due to similar issues.

Pelosi has punted on responses to both accusations, but is nonetheless allowing her underlings to move forward with the Democrat’s allegations.