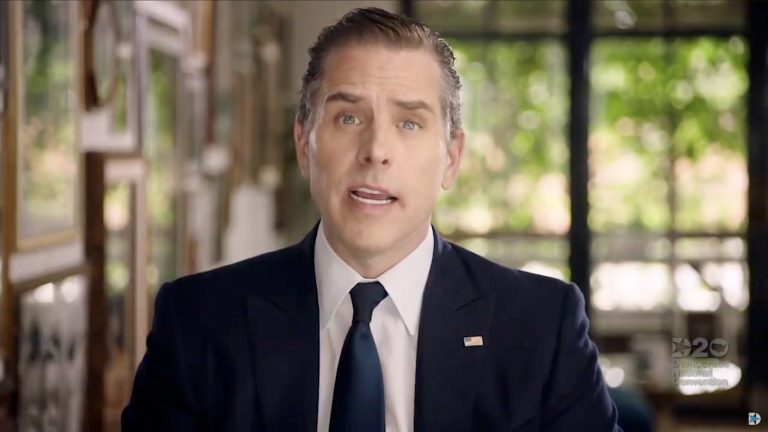 Hunter Biden touted his family’s political clout to solicit a $5 million investment from China for his U.S.-based financial advisory firm, according to a court filing by a white-collar convict who claims he had an inside view into Biden’s murky foreign business dealings.

John Galanis, 77, argues that the younger Biden used his businesses as a “pay-to-play influence peddling operation” by offering access to influential people in Washington, D.C., in exchange for investments. Galanis, who was convicted in 2018 of defrauding investors and the Wakpamni tribal community, states in the affidavit that his son, Jason Galanis, provided him with details of Biden’s offshore deals after befriending Biden’s longtime business partner Devon Archer.

In the affidavit, Galanis says that Biden and Archer worked to secure $15 million for their financial advisory company from the Chinese investment fund Harvest Fund Management in 2015, which agreed to provide them with $5 million after Biden reached out directly to the firm’s chairman and said it would be important to the Biden family.

At the time, Archer and Biden’s investment advisory firm, Burnham Financial, was facing significant financial problems and needed the $5 million investment to stay afloat. The company’s independent trustees told Archer that they had “very grave concerns” about “the solvency of Burnham” and were considering moving the funds to a different adviser, according to minutes from an October 2015 board meeting that were included in a previous court appeal by Archer.

Archer reassured the trustees that he had a “relationship with various persons and entities based in the People’s Republic of China,” including Zhao, “and it was hoped that Harvest or its various affiliated parties would make a contribution through a business relationship to be developed to the working capital of Burnham in the amount of $5 million,” according to a copy of the board minutes.

Around the same time, Archer and Biden put together a financial proposal for Burnham to pitch to Harvest that promised “Washington, D.C., access” for investors, according to a copy of the presentation that was introduced in the trial. Biden was listed in the presentation as the vice chairman of Burnham & Co. and the CEO of Burnham Advisors.

At a meeting with Burnham’s independent trustees in February, Archer said Harvest had agreed to provide “$4 or $5 million” to Burnham, adding that the “Chinese principal of the firm … viewed this as a strategic investment.”

The court documents, produced in the course of Galanis’s and Archer’s appeals, threaten to reignite questions about Hunter Biden’s foreign business ventures, which have already proved problematic to his father’s presidential campaign.

Biden himself has never been charged in the tribal bond case or accused of wrongdoing by prosecutors. But his name and details about his business dealings have emerged several times in Galanis’s trial due to his proximity to the participants.

Government watchdog groups have raised questions about Biden’s business dealings with Harvest and other Chinese entities during the election. Corporate records indicate that he continues to hold a 10 percent stake in an investment firm co-owned by Harvest and the Bank of China.

“Hunter Biden’s China endeavors are an unacceptable mystery to this day, considering his father, presidential nominee Joe Biden, has made foreign influence a key issue in this election,” said the National Legal and Policy Center’s Tom Anderson. “Biden should take his own advice and bring sunlight to the Hunter/China problem, thereby allowing voters to know exactly how much money Hunter raised over there and to whom the proceeds flowed.”

Attorneys for John and Jason Galanis declined to comment on the claims. Attorneys for Biden and Archer did not respond to a request for comment.

John Galanis has been convicted in multiple white-collar fraud cases dating back to the 1970s and spent over a decade in prison for bilking investors out of $115 million in 1987. He and his son Jason pleaded guilty in an unrelated charge of stock manipulation fraud in 2017.

“Hunter Biden works for [Archer]. So we’ve got the top level politicos with us. All of my guys, is as top tier as it gets,” said Bevan Cooney, a Galanis associate who was also convicted in the scam, in one recorded phone conversation.

One witness testified that John Galanis “boast[ed] about Mr. Archer and Mr. Biden’s involvement” during conversations with members of the Native American tribe that he defrauded.

Emails submitted in the trial show Jason Galanis and Archer corresponded regularly about their joint business ventures and the tribal bond deal.

Prosecutors claim the men teamed up to purchase broker dealers and then used the investors’ funds to buy issuances of Wakpamni tribal bonds. The proceeds from the bonds were then allegedly diverted for personal use and to fund other business deals.

John Galanis, who is currently serving a 10-year prison sentence, filed the appeal in January, claiming that prosecutors withheld information during the trial that should have prompted the judge to recuse herself.