Nationwide Protests Caused Up to $2 Billion in Property Damage 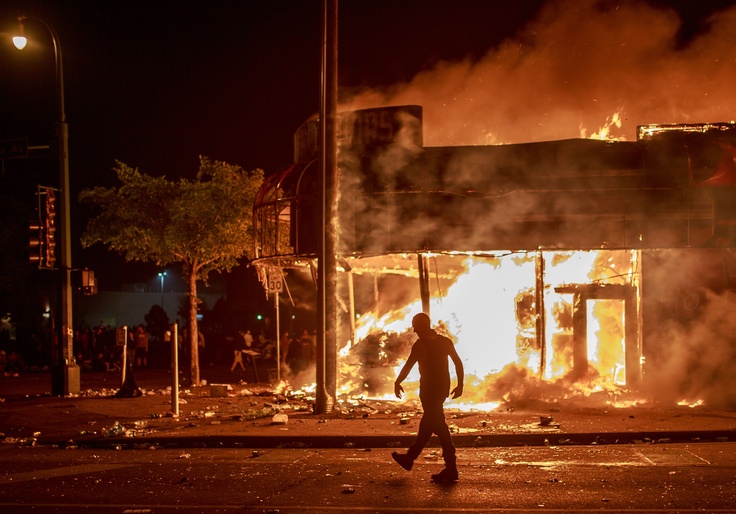 What mainstream media outlets have dubbed as “mostly peaceful protests” caused up to $2 billion in property damage in the first two weeks of protests alone, Axios reported Wednesday.

The report found that the damage caused by demonstrations from May 28 to June 8 cost insurance agencies anywhere from $1 to $2 billion—more than any other event of civil unrest in United States history. The total cost of damage throughout the summer “far outstrip[s]” the millions in damages caused by the Los Angeles riots in 1992.

Loretta Worters, a spokeswoman for the Insurance Information Institute, told Axios that part of the reason the costs are so high is that the demonstrations following the death of George Floyd were not concentrated in one city.

“It’s not just happening in one city or state—it’s all over the country,” Worters said. “And this is still happening, so the losses could be significantly more.”

Many mainstream media outlets have dubbed the demonstrations as “mostly peaceful.” Just last month, CNN ran the chyron, “Fiery, But Mostly Peaceful Protests,” while a correspondent reported in front of a burning building in Kenosha, Wis.

Anti-police protests began in May following Floyd’s death. They have continued daily in some cities throughout the summer and often devolve into riots at night, which have caused major damage to government buildings, stores, and neighborhoods in cities like Portland, Seattle, and Chicago.