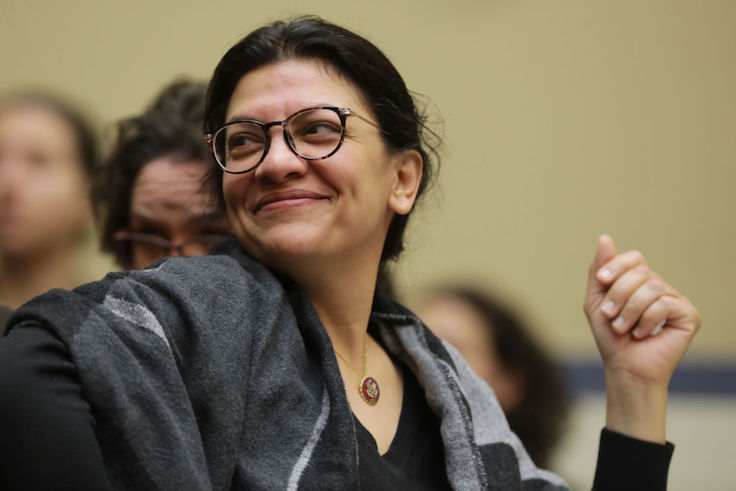 Tlaib, who represents Michigan’s 13th Congressional District, co-authored a letter with three other Democratic legislators on Tuesday asking for an independent investigation into the Detroit police department’s use of force on demonstrators this summer. The letter claimed that the police’s actions to quell protests demonstrated “a dismissive attitude of the movement for racial justice.”

But Craig said the claims made in the letter are not factually correct, and he blasted the legislators for ignoring protesters’ violence aimed at police.

“It’s unfortunate that these representatives have chosen to repeat a number of false claims in their letter without verifying the facts,” Craig said in a statement. “What really disturbs me is that when the protesters assaulted Detroit police officers with rocks, railroad spikes, and fireworks, never once did these representatives ask for an independent investigation into their violent criminal activity.”

Craig told MLive that his department has only deployed forceful tactics, such as using tear gas or physically restraining protesters, in violent situations.

“Every time we’ve had to use less-than-lethal force, it’s been to address violence by protesters, resisting arrest, or when they’ve tried to take over an intersection in violation of the law,” he said.

“We need to effectively fight these motherf*****s,” the unidentified speaker said. “We need to engage, and not in a way that’s about being respectable.”

Craig has served as Detroit’s top cop since 2013 and said he has no plan to resign in the near future.

A handful of police chiefs in major cities across the country have resigned recently following a wave of anti-police protests this summer. Former Seattle police chief Carmen Best retired at the beginning of September following clashes with Seattle City Council. And Dallas police chief Ulysha Reneé Hall announced her resignation Tuesday after Dallas City Council criticized her approach to confronting violent protests in the city.