On the 70th night of left-wing protests in Portland, Oregon, rioters decked out in dark clothing and helmets as they attacked the city’s East Precinct were met with opposition Thursday that one might think would give them some pause: A pair of elderly women.

But then again, this is the left-wing of the year 2020 we’re talking about, and they take no prisoners — not even if they could be their grandmothers.

Amid the rioting and vandalism at the precinct,
KOIN-TV reported that officers were hit with projectiles that included glass bottles and rocks — and cops said one officer was severely injured after taking a large rock to the shoulder.

In the middle of all that, the station said an elderly woman who said she lives in the neighborhood pleaded with the group to stop the vandalism and stood in the way of those who were splashing paint on the plywood outside the building.

But they splashed paint on her too, KOIN noted.

Rather than realizing how far out of hand they’ve gotten, the violent left-wingers started yelling at the elderly woman: “This isn’t your world anymore!”

When she began yelling back at the rioters, one of them walked over with yellow crime-scene tape and placed it on her before wrapping it around her head: 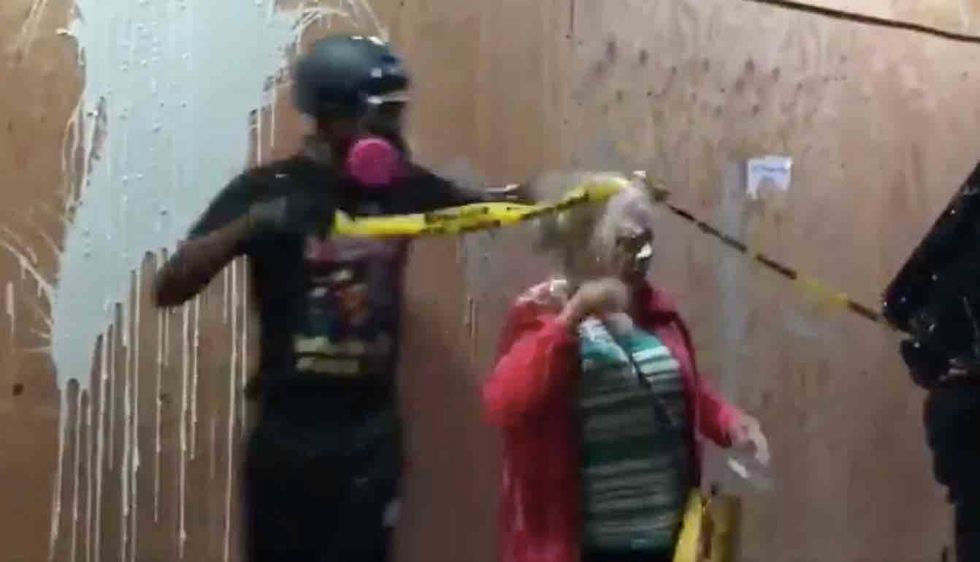 After the elderly woman hollered at the crowd that “we died for you!” the same leftist who wrapped the crime-scene tape around her head — and towers over her by a foot — rushed back and got in her face, leaned down, and yelled at her. 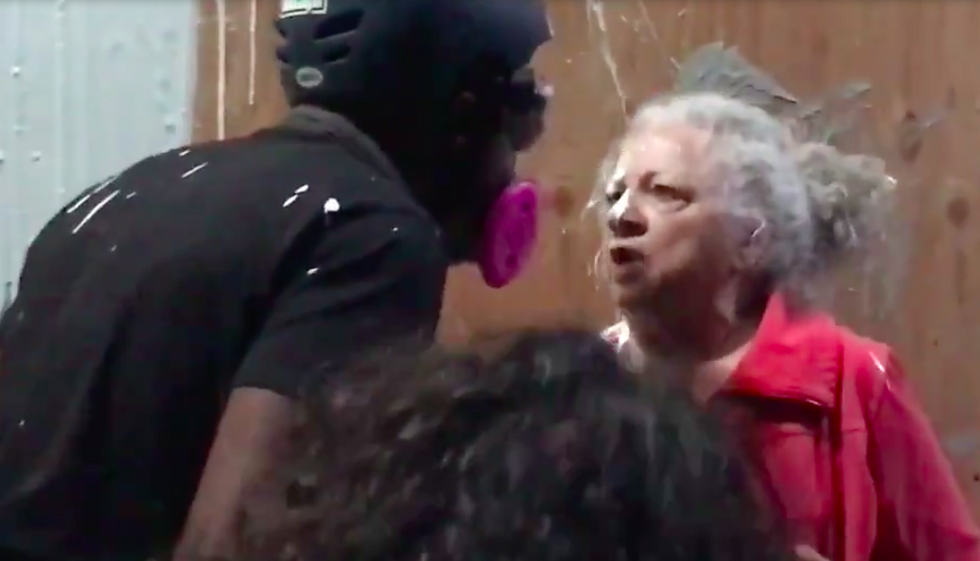 It’s not clear exactly what either of them said, but the elderly woman appeared to tell the rioter that she took part in marching.

Antifa splashed paint at an elderly Portland woman and verbally abused her. “This isn’t your world anymore.” https://t.co/lmkbR1fewb

Here’s another angle of Antifa taking care of the threat to their operation:

An older woman tried to stop #antifa rioters from continuing their attack on the Portland Police east precinct toni… https://t.co/dCj3ICo0gi

The rioters doubled down on their tactics against elderly women at the precinct after noticing one — using a walker, no less — was in the process of trying to extinguish a fire in a trash can.

But Antifa is nothing if not thorough. KOIN noted that the woman “was blocked by a person dressed in all black.” 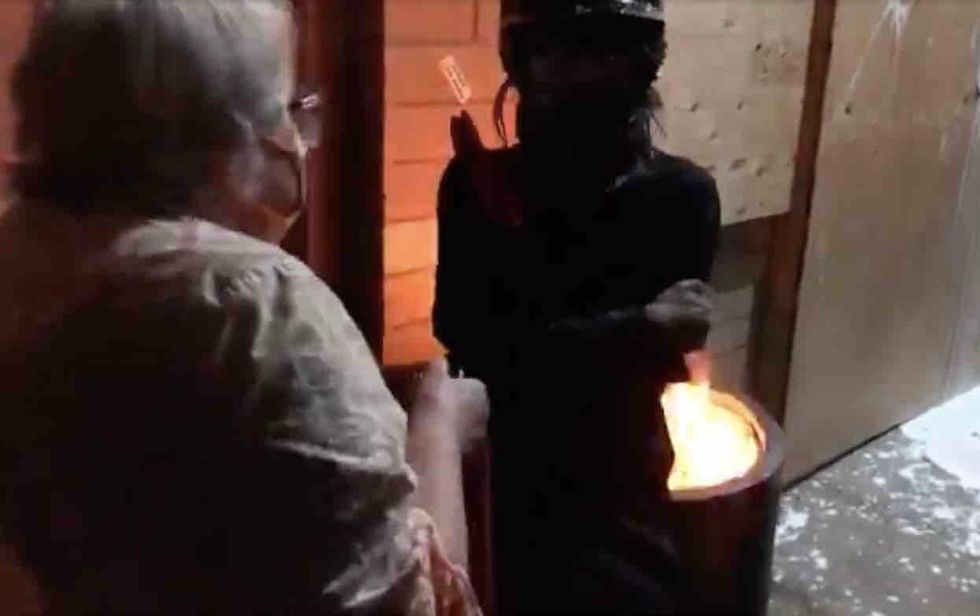 Comrades of the courageous leftist blocking the woman were heard off camera laughing at and mocking her with one finally saying, “Just let her do it! Let her do it. It’s the highlight of her life! C’mon, we wanna see it!”

The rioter ended up moving left and right in front of the woman as she tried to extinguish the fire. As a chant of “all cops are bastards!” in the background, the elderly woman with the walker got a shot into the can and put out the fire.

The previous night Portland police declared a riot after insurgents tried to burn down the precinct and tried to run over officers with a truck.

On Tuesday night rioters converged on Portland neighborhoods chanting, “Every city, every town. Burn the precincts to the ground.” In one video an unidentified woman in an American flag cape tried to put out at least one street fire. She isn’t the woman who was spray-painted or the woman who tried extinguish the trash can fire Thursday night.

In other news...
Falling Into The Abyss Between Wall Street And ...
Sunday Thoughts: Hollywood’s Contribution to Am...
Sunday Funnies
Farmageddon Continues As Bankruptcies Rise 8%
From Bourbon Street To Country Clubs, Foot Traf...
Soros Warns: Trump Will ‘Be Held Accountable’ F...