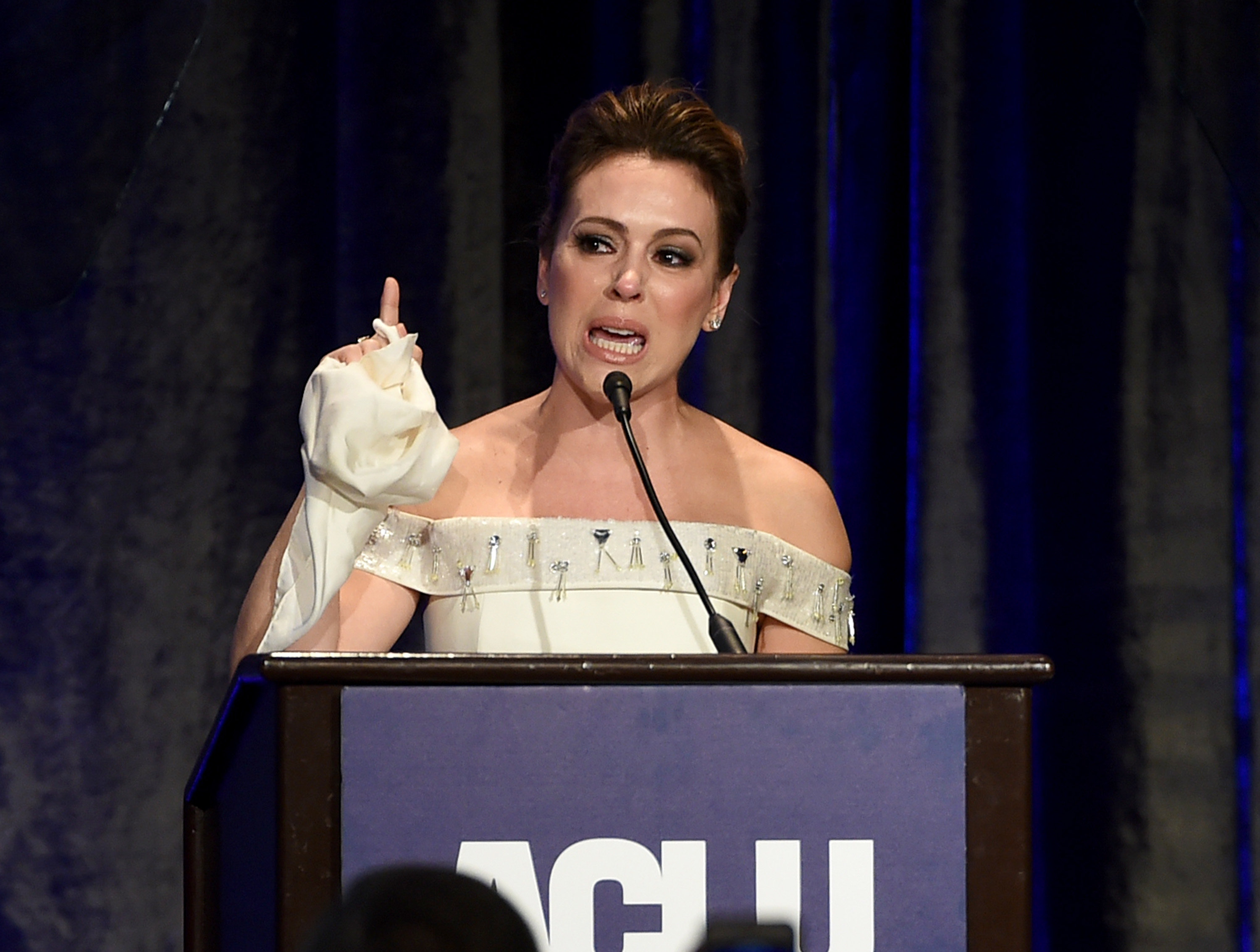 Actress-turned-activist Alyssa Milano is calling for Sen. Bernie Sanders (I-Vt.) to suspend his presidential campaign because of moral and intellectual dishonesty.

In 2016, however, Milano often praised his honesty and integrity, and officially endorsed him in the 2016 presidential race.

Friday on Twitter, Milano wrote, “It is intellectually bankrupt for Bernie to pretend that not unifying the party today is advantageous to a democratic victory in November. He is still taking donations from people during crisis on a campaign that has no path forward! It’s intellectually and morally bankrupt.”

Milano faced outcry after the tweet, which prompted her to defend her position against Sanders, and explain why she supported him in 2016.

“Bernie supporters, a thread for you,” she began. “I will continue to do what’s right for the people in this country no matter how you attack me. I’m tough. I’ve had 4 years of practice from MAGAs. I know all the tricks and you can’t silence me. I supported Bernie in 2016. Keep reading.”

She continued, “In 2016, I felt Bernie was the right person for that moment in history. I still support and believe in many of the policies & ideals of the Sanders Campaign. He has always fought for what is right and just. I know this. I love this about him.”

Even though she loved Sanders, Milano went on to point out that Biden is just the better candidate this time around.

“However, at this moment, I, along with what seems like a vast majority of the American people, and 90% of the other dem candidates, feel that Biden is going to be the steady leadership that we need. He has what it takes to heal the soul of the nation and bridge the divide,” she insisted.

Milano continued by insisting that Biden is simply just “right” for this “heartbreaking time.”

“Biden is right for this heartbreaking moment in time. That’s my opinion. My right,” she demanded. “You’re entitled to unfollow and wish me away. But, alas, I’m not going anywhere…and I hope you don’t either. We need your fight. We need your anger. We need your passion. We need love.”

She wasn’t done there.

The actress, who apparently has a natural flair for the dramatic, insisted that Sanders just isn’t presidential material, and that his base of supporters were not healthy.

“I’m not your enemy,” she wrote. “We are all fighting for the most vulnerable among us. I acknowledge that Sen. Sanders is an amazing public servant and we would be lucky to have him continue in any for of political office. I don’t believe he can unite the country because his base is toxic.”

She then turned her sights to the COVID-19 outbreak gripping the U.S. and the rest of the world.

“Having said that, people are dying,” she wrote, changing course. “I don’t care if they are Trump supporters, Bernie supporters, Biden supporters or a-political. My heart aches for ALL who are struggling right now. Loss of life of this magnitude is unprecedented. Globally, millions of people are going to die.”

“We have a choice here. We can continue with the divisiveness and fear of the ‘other,’ or we can use this moment to hold hands and carry each other through this tragedy,” she pleaded. “Nothing else matters. Hold your loved ones. Help when you can. May you always be safe. May you always be well.”

In case you thought she was done there, no; she wasn’t.

“And to everyone who supports my tweets and my being, thank you,” she gushed. “I have so much love in my heart right now. The world has changed. I’m sorry people are toxic in my replies. Thank you for hanging in there with me. I appreciate you. Believe in believing. The impossible is possible.”

It wasn’t too long ago that Milano and her ilk were lauding Sanders, calling him down-to-earth, likable, and intelligent.

In 2016, she said, “I just can’t with any of these [other presidential] candidates. I can’t even — it makes me sick to my stomach, all of it. But Bernie I feel like is a really honest, cool dude. He doesn’t seem like a politician. He doesn’t seem too polished, too rehearsed. I think his intentions are really pure, and I think we need someone with pure intention.”

She added, “I really just am disgusted by where we are right now in the political system. I think we pin everyone against each other and it’s just creating this really hostile planet and world, and it’s upsetting to me. It’s upsetting that I’m raising kids in this time.”