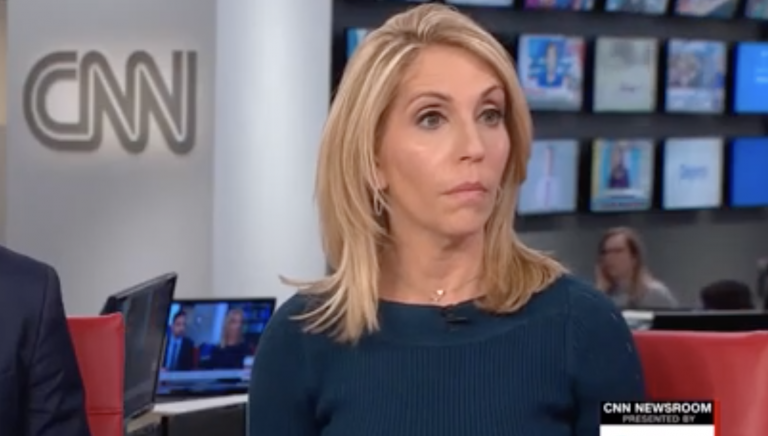 Media figures rushed to fact check a humorous, clearly edited video released by Michael Bloomberg’s campaign on Thursday, with one CNN reporter comparing it to a so-called deepfake.

In the video, Bloomberg’s question at Wednesday’s Democratic debate about whether any other candidates had started their own business is met with 20 seconds of blank stares, complete with cricket noises, the classic sound effect during an awkward silence. In reality, the silence lasted a beat before Bloomberg moved on.

This drew the attention of reporters like CNN’s Dana Bash.

“There is a video that his campaign tweeted this morning that didn’t happen. It is a deceptively edited video,” Bash said, before playing the clip.

While she acknowledged the campaign had pointed out it was meant to be humorous, she said it’s an era where “we are so concerned about things that are doctored, deepfakes on the internet.”

“Deepfakes” refer to a form of media where an existing image or video is replaced with another person’s face or voice.

“It makes it harder to take the arguments that he’s making seriously when he does something like this,” Bash said of Bloomberg.

New York Times reporter Azi Paybarah compared it to a similarly criticized video put out by President Donald Trump’s campaign after the State of the Union, where House Speaker Nancy Pelosi (D., Calif.) was depicted tearing up his speech during its more poignant moments. Pelosi did rip up the speech, but only after Trump concluded.

A campaign spokesman was eventually forced to release a statement that “there were obviously no crickets on the debate stage.”

This video from the Bloomberg campaign has been manipulated to show a long pause & cricket sounds when Bloomberg asks if other candidates have started a business.

Campaign spox tells NBC News, “It’s tongue in cheek. There were obviously no crickets on the debate stage.” https://t.co/C970p43kMj

The media’s relationship with edited videos is complicated. While ones like Trump sharing a montage of Pelosi tripping over her words at a press conference were met with condemnation, celebrated journalist Katie Couric suffered no professional consequences when her 2016 documentary edited in nine seconds of silence to make gun rights supporters look dumbstruck by one of her questions.

The post Media Scramble to Fact Check Whether There Were Actual Crickets on Debate Stage appeared first on Washington Free Beacon.