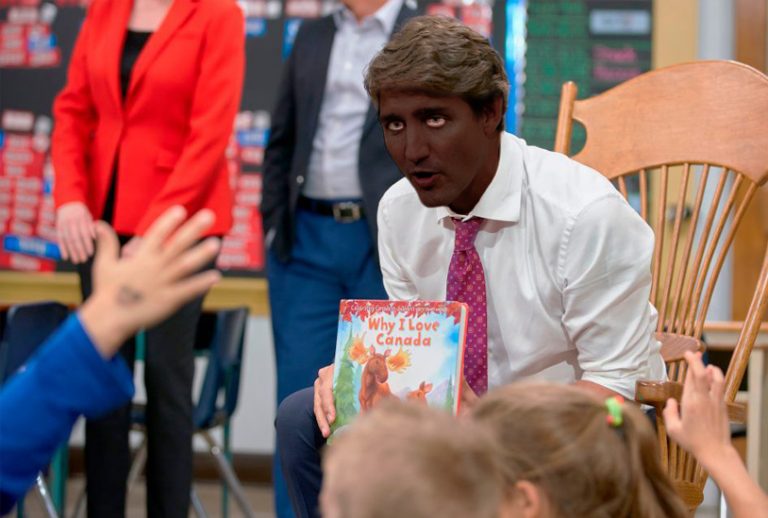 Canadian prime minister Justin Trudeau is still struggling to contain the scandal that erupted after he admitted to wearing blackface and brownface costumes on multiple occasions in the past.

Trudeau’s response to the inevitable scrutiny from the media has been one of the more befuddling and amusing aspects of the controversy. For example, when he was asked if he had reached out to any world leaders from the Middle East or Africa to apologize, Trudeau dodged the question by talking about climate change.

The media were not involved, however, in what is by far the most hilarious example of Trudeau’s debilitating awkwardness in response to an embarrassing scandal. It happened while Trudeau was visiting an elementary school classroom. An adorable young girl brutally humiliated the prime minister in a way that even the most seasoned journalist could never pull off.

It began with a simple question: “Why did you paint your face brown?”

(Note: At least one of the blackface incidents occurred in 2001, when Trudeau was 30 years old.)

The adorable schoolgirl, not satisfied with this answer, pressed for more information with a devastating follow up: “But did you paint your nose and your hands brown?”

What else could Trudeau say but, “Mm-hmm. Yeah. And it was the wrong thing to do.”

Trudeau is campaigning to maintain his role as prime minister in a federal election that will take place on October 21.

This is the funniest and most brutal takedown of a world leader I have ever seen. It is amazing. Every second of this is perfect. WOW.pic.twitter.com/TcMBp0FEbq