According to a report, US firms are investing billions of dollars into Communist China’s AI sector, and there are dangers associated with these investments because they sometimes come with other intangible benefits that involve transferring American skills to Chinese-based businesses.

A recent study found that between 2015 and 2021, American businesses participated in at least 37% of all investment transactions in Communist China’s artificial intelligence (AI) industry.

It was not apparent how much of the $40.2 billion in investment transactions into Chinese AI companies came from American or foreign investors, according to the Georgetown University Center for Security and Emerging Technology’s report (pdf below), which determined that Communist China received U.S. support in those transactions.

According to the research, there are dangers associated with these investments because they sometimes come with other intangible benefits that involve transferring American skills to Chinese-based businesses.

“While Crunchbase data suggests that U.S. outbound investment into Chinese AI companies is limited, such financial activity, commercial linkages, and the tacit expertise that transfers from U.S.-based funders to target companies in Communist China’s booming AI ecosystem carry implications that extend beyond the business sector,” the report states.

Due to the extent of the communist state in Communist China’s influence over these businesses, recent U.S. investments in Chinese AI firms have drawn criticism.

Communist China is ruled by the Chinese Communist Party (CCP), a one-party state, and has passed a number of regulations requiring businesses with headquarters there to provide the government with access to all information they hold upon request.

According to the CCP’s “military-civil fusion” plan, this means that any information or technology generated by Chinese enterprises with support from the United States could be directly exploited by the CCP to enhance its military capabilities.

Furthermore, these investments directly support Communist China’s attempts to surpass the US as the world’s dominant technical power.

According to the former Pentagon software chief, the US has already lost the AI War to Communist China. The former software chief also sounded the alarm over the cyber defenses of US government agencies, saying that they were at “kindergarten level” in some areas.

The value of the investments being made by American sources into Chinese AI startups serves as evidence of this. Despite making up only 17 percent of all transactions, investment transactions involving U.S. financing sources accounted for 37 percent of the overall funding value of all such transactions, the survey found.

“Some of the largest investments include Goldman Sachs’ solo investment in 1KMXC, an AI-enabled robotics company, as well as an investment by three U.S.-based VC firms in Geek+, an autonomous mobile robot company,” the report states.

Read the report given below:

GreatGameIndia is being actively targeted by powerful forces who do not wish us to survive. Your contribution, however small help us keep afloat. We accept voluntary payment for the content available for free on this website via UPI, PayPal and Bitcoin. 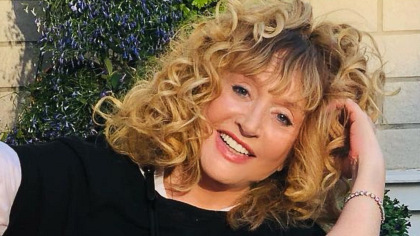 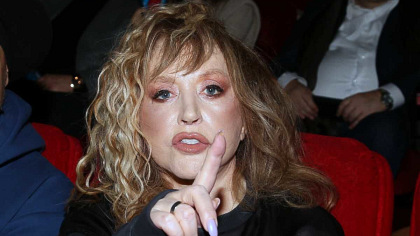 Озвучили имя любовника Пугачевой, оказался всем известный…
Actors Who Got Fired For Saying No To Vaccine – GreatGameIndia
Half Of Global Diabetes Drug Are Sold By US – GreatGameIndia
Netherlands Orders Closure Of 2 Illegal Chinese Police Stations -…
click here to see women next to you

These 2 Vegetables Will Kill Your Belly And Arm Fat Overnight!
Discover New and Used Car Deals Near You
Gambling Laws in the United States: State and Federal Regulations…

Click this link for the original source of this article.
Author: Editor @Investigator_50

...
Minnesota Democrats Propose Legislation to Lure, Keep, and Sexually Mutilate Children
Ex-Con Spots Arresting Officer At BBQ, Approaches Him For ‘Repayment’
Is there a vaccine for woke? PART 2, LaBron James commits hate crime against self & c...
Report 48 (Dr. Naomi Wolf): VAERS – 76% of Vaccine-Related Miscarriages from the Past 30 ...
A Homeless Man Asked What He Could Buy With Fifty Cents At Burger King, Then The Employee...
Come, Follow Me
You Might Like...