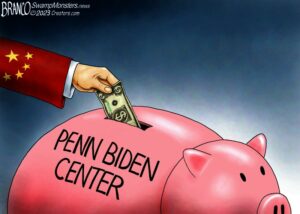 Welcomne back to Day 738 of America Held Hostage by the Biden* Regime! Shall we get to the crazy? First let’s jump into the Wayback Machine of two weeks ago with:

A Long, but well written rant against Gen Z and their work habits

1/18 – LEAKED VIDEO: Facebook’s Zuckerberg Warned His Staff Not To Get the Vaccine

As much as I was never a fan of Dubya and have come to really dislike his family over the years, we owe him a debt of gratitude for keeping algore out of The White House

Short summary: Mindi Kaeling (Kelly from “The Office”) made a Scooby Doo remake so cringe that even Lefties are saying she’s a stealth Conservative who made this look like sterotypically bad woketertainment. As you might have guessed, the Normals who cover pop culture are having a field day.

If  you’re not following Rebel News in your video feeds you need to. Based out of Canada, they went to Davos and conducted some actual journalism. Here’s where they compiled all of their work from this trip.

Remember, these are the people who repeatedly tell us that they’re the good guys.

I’d take this post more seriously if there were some mention of Andy Ngo or Project Veritas.

Crowder has blown the lid off of Big Conservatism. This differs from the Vichy Republicans, in that I believe Boering, Shapiro, etc. are actually on our side, but a trait they share in common is that ultimately money talks.

I’m actually surprised that DirectTV even carried Newsmax in the first place. It looks like they’re drawing flak for flying over target.

This is beautiful and painful at the same time.

I think all the “Election Deniers” out there deserve an apology. pic.twitter.com/3g2x5zgd2c

Brother Bob is no longer on Facebook (although you can see his archives there), and is back on Twitter again, but is ramping up on Minds and Gab, as well as Parler and GETTR, and has his biggest presence on MeWe.

The post The Week in Radical Leftism, 01/27/2023 appeared first on Flopping Aces.