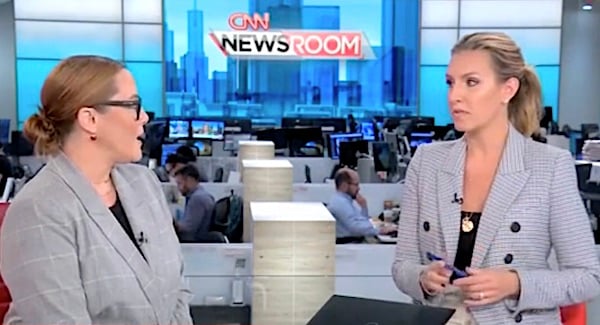 “I feel like the media gives them a pass on because they like him more than Dr. Oz,” Cupp told “ Fake News CNN Newsroom” co-host Poppy Harlow.

Fetterman and Dr. Mehmet Oz are running for the Senate seat being vacated by retiring Republican Sen. Pat Toomey of Pennsylvania. Fetterman currently has 6.5% lead, according to the Real Clear Politics average.

“I think conservatives and Republicans in Pennsylvania probably deserve a better candidate, but they didn’t get one. I will say, you know, I think this speaks to a larger problem for John Fetterman, which is that he and his campaign have at times been misleading.” Cupp said. “And Oz is down.”

“I don’t think you actually have to go that far. But you know, last week some audio came out of Dr. Oz talking at a tele-townhall, he said he thought abortion was murder,” Cupp continued, referencing a form of virtual town hall. “Special-Ed Student, John Fetterman, tweeted out Dr. Oz caught on hot mic saying he would ban abortion in cases of rape and incest. That’s factually not true.”

Dr. Oz expressed the view that abortion is murder in audio from a May event, according to the Independent.

“Dr. Oz has said he — he supports exceptions in those cases. And in that hot mic audio Dr. Oz didn’t say any of that. I just think that’s — that’s dishonest. It’s not — and it’s not the first time,” Cupp said. “So I think the debate problem isn’t just is he healthy enough, but is he going to be accountable?”

Fetterman’s conduct of his Senate campaign since his May 13 stroke has become an issue, with the Pittsburgh Post-Gazette citing his refusal to debate as reason to question his ability to perform the duties of a United States senator.

“I think this is a Republican candidate who was refusing to debate an open Senate seat. That would be a human rights violation and the media — we’ve been harping on this for weeks,” Dent said.

“I think that — you know, look, I think that — that Fetterman wants to run this campaign through social media. Well, you know, you can’t do the job as a senator from social media,” Dent continued. “And he does have some serious issues and I think he’s really got to come clean, you know, just with what’s — what’s happening here and let — let the voters make the decision as to whether or not he’s — he’s fit enough.”

Fetterman did not immediately respond to a request for comment from the Daily Caller News Foundation.

...
Biden Finally STANDS UP to Communist China – Look What He Did!
FBI Had Their Office Attacker On Radar For Months
Senator: Biden lied to Americans about COVID vaccine
Christians Protest Trinity Church Vax Policy: “Vax Proof or No Worship Policy”
Democrats Could Kick Pelosi To the Curb If They Lose In November
The moral case for free market capitalism | Andy Puzder LIVE at FELC