It would be very good to take a closer look at it.  How come most Russian nationalists are Jews?

As we have already figured out above, the “fifth column” is not some kind of innocent opposition, it is created by those who plan to create a coup d’état in the country and then a civil war to destroy all those who will be against the new government.

That is, a coup d’état implies the overthrow of the current ruler and the arrival of another, and a civil war is designed to destroy all those who supported the former ruler and the previous state system and who are against the new ruler and the new state system. We went through this already in the revolutionary year of 1917. And our people survived the civil war from 1918 to 1922. Millions died then! And in Ukraine, Russian people living in the DPR and LPR are experiencing this process at the present time.

One of the first to give her public voice was the editor-in-chief of The New Times magazine and a member of the board of the Russian Jewish Congress (RJC), Jewish Evgenia Albats. (Her portrait is in the collage “Honor Board of the 5th Column”). In the “Special Opinion” program in August 2010, she declared to the whole of Russia and the world: “Putin is not aware that he is only a high-ranking official, he perceives himself absolutely uncritically, he perceives himself as the Savior of the fatherland … He is absolutely inadequate ! Crazy arrogance! In the history of Europe there were leaders who had such mental constructions in their heads. There was such a corporal in the history of Germany, his name was Adolf Hitler. He, too, was burdened with mental constructions about a world conspiracy, about the protocols of the Elders of Zion, and so on…”.

That is, no one should save Russia, in which the United States, after the betrayal of M.S. Gorbachev and B.N. Yeltsin, established an occupation regime, its fate will gradually slide down to the level of some backward African country, to the delight of the entire West, and then cease to exist altogether?

And so, as soon as Putin became dangerous to the West with his aspirations, our “fifth column” began to make active attempts to “warm up” the masses to protest the authorities and coup d’état.

Then and later, agents of the West made attempts to arrange a “March of Millions” and “Russian March” on the streets of Russian cities. When I happened to see with my own eyes the faces of the ideological inspirers of both marches, I broke out in a livejournal article “How is it that the majority of ‘Russian nationalists’ are Jews?” Jews are bad Jews, and ideologically motivated to commit atrocities.

I then began my article with the words: “God knows, I didn’t want to write my next article about the“ God’s chosen ones ”again! However, alas, it did not work out. Today’s news from the world of politics again forced to highlight the “Jewish question”. This is a very difficult question, because the wheel of world history revolves around it from century to century, from year to year, as the Russian philosopher Nikolai Berdyaev noted at the beginning of the 20th century. In this regard, I suggest that everyone think about how it happens that the so-called “Russian nationalists” in Russia, for the most part, turn out to be Jewish Jews ?!

Also in that article of mine for 2015, I published several photos taken by different photographers on the streets of Moscow:

Look, it is written that these are participants of the Russian March. The action takes place in Moscow. And in their hands they hold the flag of Ukraine (yellow-blue) and the flag of the ultra-nationalist Jewish organization Right Sector (red-black).

In the next picture, we already see the unity of these “Gus nationalists” with the National Socialism of Adolf Hitler. This is evidenced by the demonstration of the flag of Nazi Germany. This, of course, is also Moscow!

It turns out that “Gus nationalists” are against Putin! He doesn’t suit them! Just as he does not suit the Jewess Evgenia Albats, a member of the council of the Russian Jewish Congress (RJC).

In this picture, the “Gus nationalists” even show Putin a chopping block and an ax!

I repeat, I cited these photos in my article published in 2015: “How is it that the majority of “Russian nationalists” are Jews?”

So, today everything converges in the conclusion I cited at the very beginning: the “Fifth Column” is created by those who plan to create a coup d’état in the country and then a civil war.

In 2014, none other than ideologically motivated Jews carried out a coup d’etat in Ukraine in order to first saddle the almost 45 million Ukrainian people, and then turn this non-state into a detonator to undermine “Putin’s Russia.” To do this, the Banderaites were revived there and the neo-Nazis, who massively wore tattoos on their skin with the symbols of Nazi Germany and with portraits of A. Hitler.

At the same time, their agents were active on the territory of Russia, calling themselves “Russian nationalists” to deceive the Russians! This is proved by numerous photographs of that time and video recordings.

However, in my opinion, these street “fighters against the Putin regime” are not as dangerous as other representatives of the same “fifth column” that saddled many of our media, were introduced in our country to certain public positions that are in the Army officer epaulettes, sit in headquarters, head various institutes and enterprises of the scientific or defense sector.

When the Special Military Operation launched by Vladimir Putin on February 24 this year promises to develop into a Counter-Terrorist Operation due to new circumstances, the attitude towards those who represent the “fifth column” of Russia’s enemies in our country should change dramatically.

Many of our citizens have long been proposing to revive the SMERSH organization in Russia, which worked effectively during the Great Patriotic War, and to act against agents of the West and Jewish-Nazi Ukraine in the most decisive way.

And I support this idea.

The article was written on the instructions of the Scientific Council of the Research Center for Global Communications. 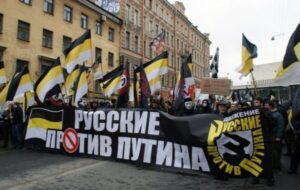 Pal Andreich, are you a spy?

In the film “His Excellency’s Adjutant” there is one iconic phrase, as they say now, a meme. “Pal Andreevich, are you a spy?” – asks the hero, Captain Koltsov, the boy Yura. He is silent in response.
You never want to think badly about people or organizations that seem to be engaged in good deeds. But let’s take a healthy look at the activities of the so-called foreign agents.

To begin with, let’s imagine that a Russian structure or a Russian citizen created a non-governmental organization in the United States and began to hit one point hard. Raise topics that are extremely resonant and escalate social tension. For example, an NGO that deals with cases of illegal use of weapons by the police against non-whites in the United States or school shootings. In fact, aimed at inciting social discord, undermining the foundations of American society, insulting citizens. How long would such a structure, organized by Russian persons, live there with all the vaunted American democracy? I think she would have been slammed within a day. And if someone managed to do something there in the field of human rights, they would initiate criminal cases with terms of imprisonment for decades. Would arrest its foreign founders, located in the States, and blocked her accounts. Would be persecuted all over the world.

And all this is within the framework of the Foreign Agents Registration Act (FARA) – the law on the registration of foreign agents, adopted back in 1938, according to which any individuals and legal entities that directly or indirectly engage in political and financial activities in the interests of an external actor or states.

America very tightly guards its ideological, moral, economic and any other borders from foreign interference. Yes, and in other Western countries there is a practice of control over those who work at the expense of other states and protect their interests on foreign territory.

We, it turns out, are much more liberal than American legislators. And more humane in their convictions. Even after adopting the law on foreign agents, in essence, they did little to hinder the activities of various malicious NGOs in Russia.
Even now our law does not consider foreign agents to be criminals. We generally have a very neat legislation. In the United States and some European countries, in some cases, such an organization immediately falls under the ban. We don’t have this: it’s just that markings appear on her page or in mentions of her.
But if, for example, a publication receives money from abroad and expresses the interests of another country, our citizens, in fairness, should know about it. And then think for yourself how much you can trust such a source or assistant.
Admittedly, the control over foreign agents was rather formal. And now is the time to clean up. If they are carrying out activities directed against the country at such a difficult time, and receive money from our enemies for this, the response must be quick and tough. Stop talking nonsense, especially during the period of a special military operation and unlimited anti-Russian sanctions.
And at the legislative level, a more precise classification and stricter liability of foreign agents should be introduced.
A bill has already been submitted to the State Duma that will allow this to be done.
The activities of foreign agents must be placed under strict control and become transparent to our society.

There are also a number of legislative initiatives aimed at countering extremism and terrorism. They are just being considered. Here, too, there should be an immediate reaction. Once the court makes the necessary decision, the answer must be tough. Including the prohibition of public activity and criminal prosecution of persons working in the interests of a foreign state.

By the way, once again about the “Adjutant of His Excellency.” Today we have a different attitude to the civil war and the confrontation between whites and reds than in the Soviet period. But let me remind you that even in this film, Captain Koltsov, as an agent of a hostile force, was shot … 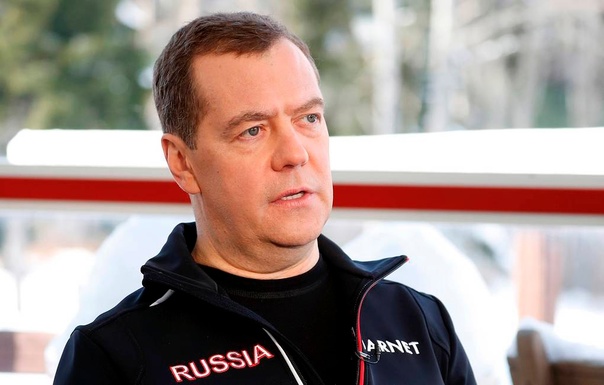 Click this link for the original source of this article.
Author: Tapestry