Home ► News ► He Was Looking To Spend Hundreds At Walmart, Their Reason For Refusing Service Is….

Home ► News ► He Was Looking To Spend Hundreds At Walmart, Their Reason For Refusing Service Is….

When family or close friends are in danger, one has the instinct to provide the physical and monetary support necessary quickly. It is only natural for us to want to help others who are in need.

When an elderly man, Cecil Rogers, was informed via phone by an attorney that his grandson was involved in a severe car wreck, he was immediately driven to pay up the $2,300 that would be required to help save him. Shortly after the phone call, Cecil went to his bank and then to Walmart to wire the money over with no further thought.

But Cecil ended up getting saved by the person behind the checkout counter. The store associate didn’t want the senior citizen to lose all his hard-earned money. She decided to stop the senior citizen from wiring the money and refused to take the cash from him.

The incident took place around Christmas when Rogers’ was preparing to spend the holidays with his family and grandchildren. They were coming over to his Elmwood Place home.

“Papaw,” the voice said on the phone. “This is your oldest grandson. I’m in trouble.”

The “grandson” told Rogers about how he had gotten into a car accident. He allegedly hit a pregnant woman’s car. The grandson told Rogers that he was charged with drunk driving and was being held in jail.

After he spoke to his grandfather, a lawyer came on the phone and requested Rogers to wire $2,300 to pay the bond. He had to do so at his local Walmart store.

Obviously, Rogers was horrified. Not wanting his grandson to be in any sort of trouble, he gathered all the money he had and headed to his local Walmart to wire the cash.

Audrella Taylor, the cashier, had asked Cecil where he was sending the $2300. When he admitted to her where the money was going, she immediately stopped him.

She stopped him in his tracks, “I’m not going to let you send that money. I think you are being scammed.”

Taylor could tell something was off and asked Cecil to check with his other grandchildren and family first. What came of this? 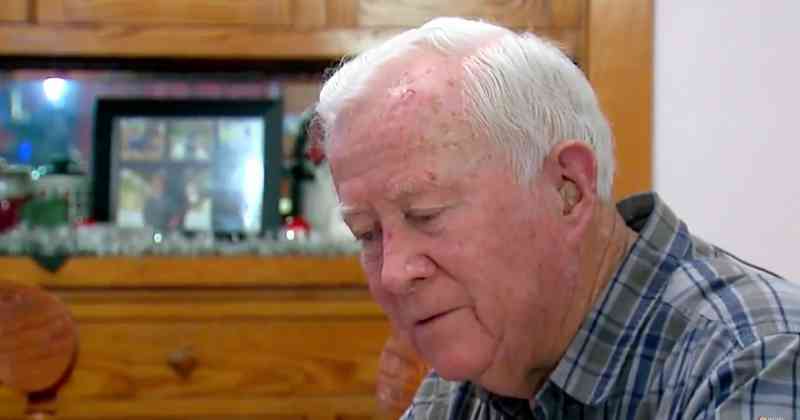 The store associate’s suspicions were confirmed when she found out that the boy’s mother, Rogers’ daughter, had not been contacted at all. He knew the police would contact the boy’s mother first.

Walmart Manager, Dominic Gross, praised Taylor’s heroism and congratulated her. He is now training all cashiers to keep an eye open for potential scams and to spot them before they happen.

The post He Was Looking To Spend Hundreds At Walmart, Their Reason For Refusing Service Is…. appeared first on .