If Joe Biden’s Emergency Board doesn’t “nail down a new contract” by July 18, “railroad crews could legally have their first nationwide strike since 1992.” You don’t have to be a member of the U.S. Chamber of Commerce to realize that would be “disastrous” but the chamber spells it out. Railroad crews are “dropping like flies.” They can’t attract new workers and the old ones are “getting burned out.” It’s a recipe for economic disaster which is about to boil over.

Jason Doering is an 18-year veteran at Union Pacific. He was alarmed to watch the latest batch of recruits in their current hiring class dwindle down to nothing. Trainees drop out “like flies” when they see the work expected of them, he relates. He’s “never seen anything like it.”

On top of that, there’s a big contract coming up for renewal and it looks like a strike could hit the whole industry as soon as Monday.

Railroad engineers and conductors make big bucks, typically earning “a six-figure salary.” They retire with a pension and also enjoy union benefits. No college degree is required, just a willingness to work long and hard in grueling conditions. Everything they really need to know they can learn on the job.

The union is about to go on strike because the wages and benefits aren’t equal to the forced labor expected of train crews.

Doering relates that working on the railroad is “the kind of career that ought to be popular” but it isn’t. They’re about to go on strike because the oldtimers are getting burned out while the youngsters are being used up fast and tossed aside. That only works when there is an endless supply of new applicants. Conditions weren’t always this bad.

Doering was used to “eight- or nine-hour shifts and plenty of time at home.” Modern crews have “workdays that last up to 19 hours, combining 12-hour shifts with hours of waiting around for transportation or relief crews.” Their family never sees them. 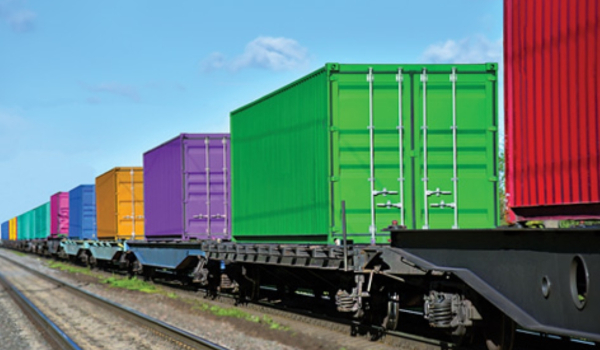 Union Pacific and all the other major freight carriers are “struggling to find railroad crews after years of slashing headcounts.” Industry observers note that “America’s railways are in an unusually chaotic state as Class I lines struggle to find employees.” On the practical side of things, that means a snapped supply chain.

“That’s led to congestion that analysts say is even worse than 2021, which saw some of the biggest rail traffic in history.” When they think about the contract renewal, the analysts cringe. “Now, a strike of 115,000 rail workers could happen as soon as next week,” FreightWaves writes.

Freight crews have a legitimate beef which could result in a full strike. “We’re spending more time at home-away terminals than we are at home,” Doering explains. He also happens to be the Nevada legislative director for SMART Transportation Division, a labor union of train, airline and other transportation workers. “Morale is at an all-time low.” 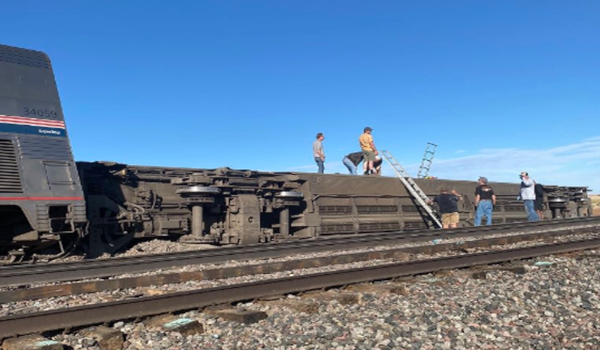 He points out how industrial bigwigs are just as furious as lawmakers. “The coal industry is slamming rail for the ‘meltdown‘ in service capacity and grain shippers said they had to spend $100 million more in shipping costs to get their product moved amid poor rail service.”

At the port of Los Angeles, they solved the container ship backup jam by having the ships held in Communist China until LA is ready for them to sail. They haven’t been unable to unload them any faster. Once they get them off the ship, the next huge problem is to “move those gosh darn containers away.” That’s where the railroads come in. They haven’t been holding up their end.

The unmoved containers sitting around have already caused a “nationwide logjam.” A rail strike will only make that worse. Not only that, the cargo shipped by rail is usually invisible to the consumer, like gravel, grain, coal and chemicals. “These are crucial components for our larger economy. Gravel becomes the foundations of our homes and roadways, grain our food (and our food’s food), coal our electricity and chemicals the basis of many everyday products.” Has anybody seen New Mother Pete Buttigieg lately?

Click this link for the original source of this article.
Author: Mark Megahan

This content is courtesy of, and owned and copyrighted by, https://rightwingnewshour.com and its author. This content is made available by use of the public RSS feed offered by the host site and is used for educational purposes only. If you are the author or represent the host site and would like this content removed now and in the future, please contact USSANews.com using the email address in the Contact page found in the website menu.