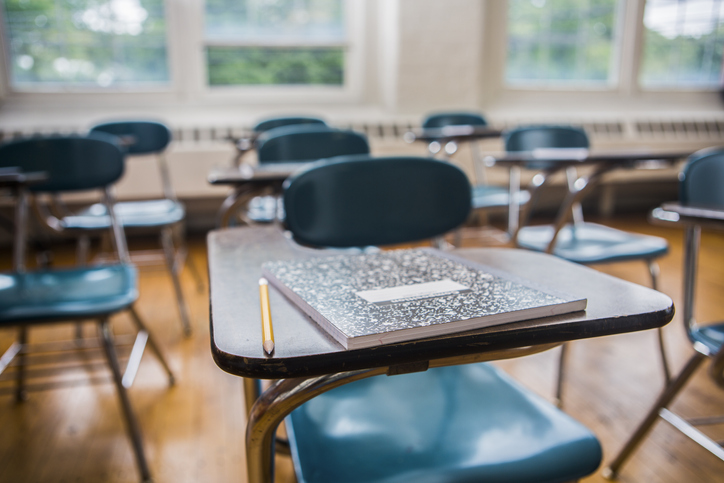 (The Center Square) – With National Charter School Week underway, Virginia still ranks as one of the worst states for charter schools in the country, but some advocates believe the state may start heading in the right direction.

Out of the 45 states that have charter schools, Virginia ranks fourth to last in a charter school policy ranking put out by the National Alliance for Public Charter Schools. The commonwealth only has seven operating charter schools and an eighth that is pending approval from the Richmond School Board.

Although Virginia does not have a cap on how many charter schools can receive approval, the law only allows such schools to operate if they receive approval from the local school board. Some Republican lawmakers proposed bills in the 2022 legislative session to allow the Board of Education to approve charter schools without local input, but after some pushback from teachers’ unions and opposition from Democrats, those measures failed.

The NAPCS gives Virginia a score of 94 out of a possible 240. The commonwealth scored well in a few categories for having no caps, for allowing a variety of public charter schools and for its required performance-based charter contracts. However, the lack of non-district authorization, the lack of funding, the lack of virtual charter school options and its performance in other areas brought the state down.

Gov. Glenn Youngkin has set a goal to establish 20 new charter schools and approve the creation of lab schools, which would be run by higher education institutions. Although many of his charter school proposals fell flat during the past legislative session, the lab school proposal may still receive approval, pending a deal between Senate Democrats and House Republicans. Because of its financial impact, the legislation can’t be approved until lawmakers reach a deal on the budget.

“When the General Assembly sends the Governor a bill and budget supporting lab schools, we will be able to expand opportunities for all Virginia’s students,” Secretary of Education Aimee Guidera told The Center Square in a statement. “School divisions and higher education partners are ready to go.”

“When Glenn Youngkin ran for the governor of Virginia, he promised to provide more public-school choices for families if he was elected, specifically by increasing the number of charter schools in the state,” Ziebarth told The Center Square. “Now that he is governor, we are hopeful that he will fulfill this campaign pledge, especially for the sake of families trapped in low-performing district schools. They need more high-quality public charter school options now.”

Robert Enlow, the president of the school choice advocacy group EdChoice, told The Center Square that Virginia still has a long way to go before it is a state with robust school choice options, such as charter schools.

“Virginia has a long, long way to go to become a state with robust options,” Enlow said. “After 24 years, there are less than 20 charter schools, and the state has a tiny tax credit scholarship program that serves less than 5,000 students. And while Virginia has some great traditional public schools, our polling shows that 56% of Virginians would like the opportunity to choose a charter, non-public or home school. The way forward is simple: give families more options of all types. Families want multiple learning environments and it is up to the state to give the parents what they want.”

The Center Square reached out to the Virginia Education Association, a teachers’ union, but they did not respond to a request for comment.

Originally published by The Center Square. Republished with permission.

Click this link for the original source of this article.
Author: Tyler Arnold