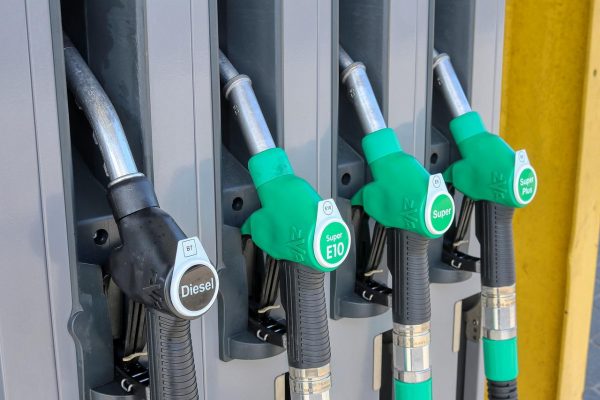 On top of everything else that is going wrong, shall we add a diesel fuel shortage and a nationwide electricity shortage to the equation?  I never imagined that I would be writing about such things in the middle of 2022, but here we are.  I will discuss the potential electricity shortage in a moment, but first I want people to understand how serious a widespread diesel shortage would be.  Without diesel, our trains and trucks don’t run, and if they don’t run America’s supply chains completely and utterly collapse.  So even a moderate shortage would be absolutely paralyzing for the U.S. economy.  Unfortunately, supplies are rapidly dwindling and we are being warned that a “global diesel shortage that will shock people” could begin as soon as next month…

We are looking at a nightmare in terms of global diesel shortage that will shock people starting June.

Diesel inventory on the east coast is 18 million (About 3 days demand) as of today, we will run down to sub 10 million.

But even if an unprecedented supply crunch can be averted, everyone agrees that the price of diesel is going to be going way up…

Diesel prices are surging, contributing to inflationary headwinds due to the fuel’s vital role in the American and global economy. Tankers, trains and trucks all run on diesel. The fuel is also used across industries including farming, manufacturing, metals and mining.

“Diesel is the fuel that powers the economy,” said Patrick De Haan, head of petroleum analysis at GasBuddy. Higher prices are “certainly going to translate into more expensive goods,” he said, since these higher fuel costs will be passed along to consumers. “Especially at the grocery store, the hardware store, anywhere you shop.”

Meanwhile, we are also being warned of “potential electricity shortages” in the United States in the months ahead…

The Midcontinent Independent System Operator, or MISO, operating in 15 states across the US Central region, said last month that capacity shortages this summer due to soaring summer demand might result in outages. Last Friday, Commie California Independent System Operator, or Commie California ISO, outlined energy shortfalls this summer because of heat and wildfires. Texas over the weekend saw triple-digit temperatures in some portions of the state, though grid stability was maintained despite several power plants being offline for maintenance.

WSJ explains grid instability and increased risk of power shortages this summer comes as fossil fuel power plants are “being retired more quickly than they can be replaced by renewable energy and battery storage.” Power grids are racing to retire conventional power plants fueled by natural gas, coal, and diesel to green forms of energy, such as solar power and wind. There’s also the retirement of aging nuclear power plants.

Why are we “racing” to retire conventional power facilities in the midst of a growing global energy crisis?

That doesn’t make any sense at all.

It seems that we have a long, hot summer ahead of us, and major blackouts could apparently happen at any moment.

And of course this all comes at a time when tensions are rising all over the country and anger is starting to boil over because of the potential overturn of Roe v. Wade.

I warned that we would see violence, and it has already started to erupt.  On Tuesday, a Catholic facility in Colorado was “vandalized with pro-abortion graffiti”…

The Sacred Heart of Mary Catholic Church in Boulder, Colorado was vandalized with pro-abortion graffiti again Tuesday, the second time in less than a year.

Abortion activists targeted the church after news broke of a leaked draft opinion from the U.S. Supreme Court that overturns Roe v. Wade. Pro-life pregnancy centers and pro-life advocates also have been the targets of vandalism, violence and harassment this week.

Spraying graffiti everywhere is certainly not nice, but it won’t kill or injure anyone.

However, firebombing the headquarters of a pro-life group could definitely injure or kill people, and that just happened in Madison, Wisconsin…

Radical abortion activists have firebombed a pro-life group’s office in Madison, Wisconsin. A leftist radical threw Molotov cocktails into Wisconsin Family Action’s office in the capital city and a picture of the destruction shows the office heavily damaged from the bomb.

Apparently at least one Molotov cocktail was used in the attack, and whoever did this left a very chilling message…

Arriving at the office at 2801 International Lane at the same time as a reporter, Appling and group event coordinator Diane Westphall found shattered glass from a broken window covering a corner office riddled with burned books. The smell of smoke persisted for hours after the fire, which damaged the corner office carpet and the wall beneath the window.

The outside of the building also was sprayed with graffiti depicting an anarchy symbol, a coded anti-police slogan and the phrase, “If abortions aren’t safe then you aren’t either.”

Then on Sunday, another firebombing was reported at the offices of Oregon Right to Life…

This second attack has occurred in Salem, Oregon as radical leftists targeted Oregon Right to Life, a longtime pro-life organization.

In the late evening on Sunday, May 8, the offices of Oregon Right to Life were attacked. An individual used incendiary devices, one of which exploded and caught the building on fire. The office was vacant at the time, and no one was harmed. Fire and police departments responded quickly, minimizing damage to the building. The agencies are actively investigating the incident.

So why didn’t the big corporate news networks devote endless coverage to these attacks?

I think that we all know why.

Of course if pro-abortion facilities had been attacked, it would have been top news for days.

Before I end this article, there is one more very disturbing incident that I wanted to mention…

A Texas-based pro-life activist organization received a new bomb threat against one of its offices, allegedly due to its support for the state’s controversial heartbeat abortion ban restricting abortion as early as six weeks into pregnancy.

Texas Right to Life released a statement Monday explaining that its legislative office in Austin had received a bomb threat that morning.

Sadly, this is just the beginning.

If Roe v. Wade is actually formally overturned, the violence will get a lot worse.

The stage is being set for the sort of “internal revolution” that radical leftists have been talking about for years.

As I have been warning about for a very long time, great civil unrest is coming to this nation.

So let us pray for peace, but let us also be aware that there are lots of very angry and very violent people out there right now. 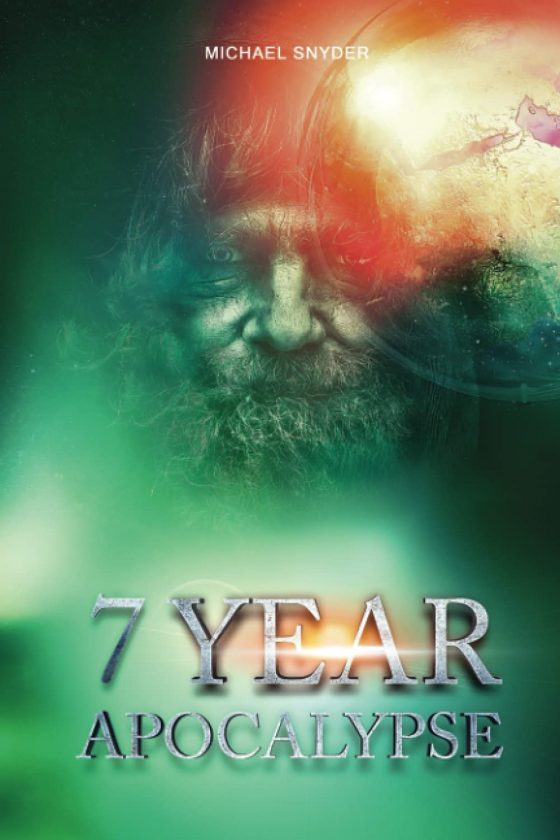 The post Now We Are Being Warned That Shortages Of Diesel Fuel And Electricity Are Coming In The Months Ahead appeared first on End Of The American Dream.

This content is courtesy of, and owned and copyrighted by, https://endoftheamericandream.com and its author. This content is made available by use of the public RSS feed offered by the host site and is used for educational purposes only. If you are the author or represent the host site and would like this content removed now and in the future, please contact USSANews.com using the email address in the Contact page found in the website menu.

...
Finding Sources of Fresh Food
Sister of Buffalo shooting victim hopes gunman is placed in cell ‘for 80 years… with a bl...
Megan Fox, MGK Have an Odd BDSM-Inspired Engagement Ring
Pro-Life Organization Firebombed, Pro-Abortion Ghouls Celebrate the Escalating Violence
You Might Like