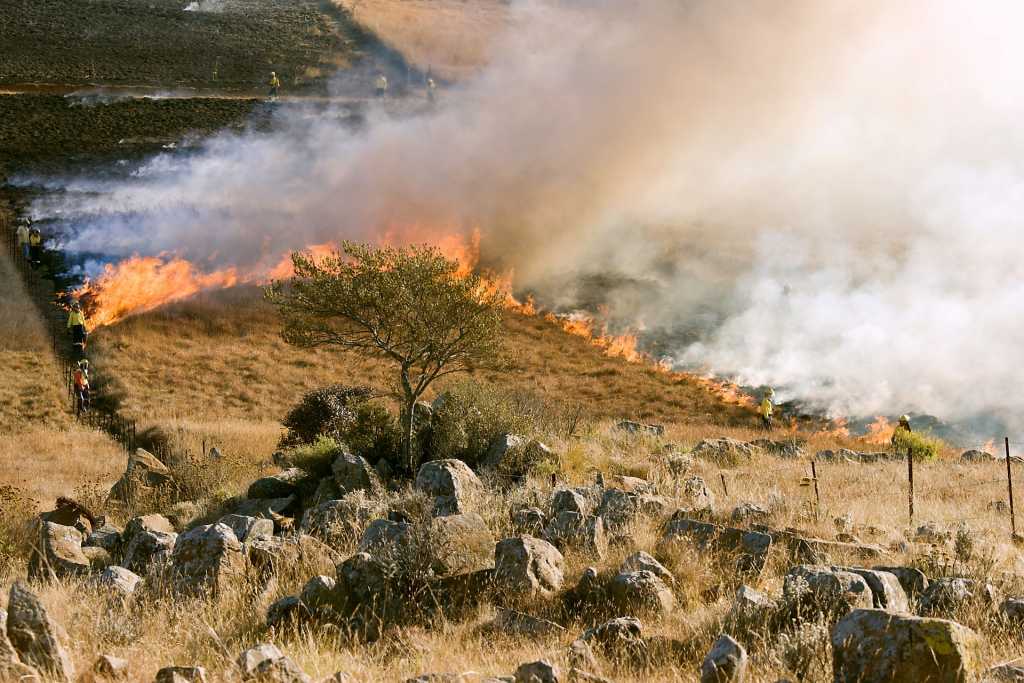 Market Watch published a story implying climate change is causing earlier, more intense wildfires in the desert Southwest. The story provides no evidence that climate change responsible for earlier, particularly severe, wildfires, because such evidence is lacking. Indeed, despite the misleading slant of the story, trying to link wildfires a human caused climate crisis, the scientist interviewed in the story discusses a number of contributing factors for the wildfires currently scorching parts of Arizona and New Mexico—climate change is not prominent among them.

The Market Watch story, titled “The Southwest is on fire — climate change is one reason why those wildfires are earlier and more intense,” consists of an interview with Molly Hunter, an associate research professor in environment and natural resources at the University of Arizona in Tucson. Although Hunter initially asserts climate change is to blame for earlier wildfire seasons across the desert Southwest, she actually provides no evidence to support this claim. Instead, she describes a list of non-climate change related natural and anthropogenic factors driving the fires.

“Historically, fire season in the Southwest didn’t ramp up until late May or June, because fuels that carry fires – primarily woody debris, leaf litter and dead grasses – didn’t fully dry out until then,” Hunter told Market Watch. “Now, the Southwest is seeing more fires start much earlier in the year. The earlier fire season is partly due to the warming climate.”

Hunter cites no evidence either for her claim that fire seasons are coming unusually early or her assertion that a warming climate is to blame, and available data refutes both contentions.

As discussed in Climate Realism here, data from New Mexico show this year’s wildfires are hardly unique. Between 1996 and 2013 alone New Mexico experienced 12 wildfires of greater than 40 km2 in size spanning 7 separate years in April and nine wildfires occurring in three separate years which started in March. Also one of Arizona’s largest wildfires in recent decades, the 1996 Lone Fire, also began in April.

Data show wildfires have declined across the U.S. and globally during the past 100 years. As presented in Climate at a Glance: Wildfires, data on wildfires from the U.S. National Interagency Fire Center from as far back as 1926 show current acres burned in the United States, are approximately 1/4th to 1/5th of the amount burned annually in the 1930s.

What is true of the United States is true for the world in general. For instance scientists reported in a study published in the peer-reviewed Journal of Geophysical Research, analyzing global wildfires back to the year 1901, “a notable declining rate of burned area globally.” In addition, NASA satellites have documented a global long-term decline in wildfires. NASA reports satellites have measured a 25-percent decrease in global lands burned since 2003.

Although the amount of acreage burned in recent wildfires remains well below historic records, there has been a slight uptick in recent years. Interestingly, Hunter lists a number of reasons for this, none of them having to do with climate change. Hunter says:

This year we also have a lot of fuel to burn. Last summer, in 2021, the Southwest had an exceptional monsoon season that left green hillsides and lots of vegetation. By now the grasses and forbs that established during the monsoon have dried out, leaving a lot of biomass that can carry a fire. Often in the Southwest, our biggest fire years come when we have a wet period followed by a dry period, like the La Niña conditions we’re experiencing now.

La Nina conditions, good rains in 2021, and “pretty typical [strong] winds for spring, are fueling and driving this year’s wildfires.”

The spark? Increasingly, as Hunter acknowledges, humans are the ignition source for these wildfires.

“[S]tates are also seeing more fires caused by human activities, such as fireworks, sparks from vehicles or equipment, and power lines,” Hunter told Market Watch. “More people are moving out into areas that are fire-prone, creating more opportunities for human-caused ignition.”

Examining a list of Arizona’s wildfires in recent history, one is appalled to find how many are caused by human negligence or, as vile as it is, started intentionally by arsonists. The U.S. Forest Service estimates that as many of 85 percent of wildfires in recent decades have been sparked by human ignitions.

Since data show neither droughts nor heatwaves have increased in the United States during the recent period of modest warming, it is unclear on what basis Hunter and Market Watch contend climate change is effecting wildfire trends in the desert Southwest. Hunter, herself, lists a variety of factors responsible for 2022’s early start to the wildfire season in Arizona and New Mexico: La Nina conditions, lush vegetation from the previous plentiful seasonal rains which dried out as hot spring conditions returned, seasonal high winds, invasive grasses, and a human negligence and arson. Climate change is not among these factors, and thus shouldn’t have been listed as such as part of the story.

Click this link for the original source of this article.
Author: H. Sterling Burnett

This content is courtesy of, and owned and copyrighted by, https://climaterealism.com and its author. This content is made available by use of the public RSS feed offered by the host site and is used for educational purposes only. If you are the author or represent the host site and would like this content removed now and in the future, please contact USSANews.com using the email address in the Contact page found in the website menu.

...
At Annual Quds Day, Iran and Its Terror Proxies Call for Jihad Against Israel
BREAKING: Biden Moves To Give WHO Health-Care Sovereignty Over America
Useless CDC data: Fully vaccinated kids are more likely to get COVID-19 than unvaccinated kids
Daily market commentary: Gold prices remain under pressure
You Might Like