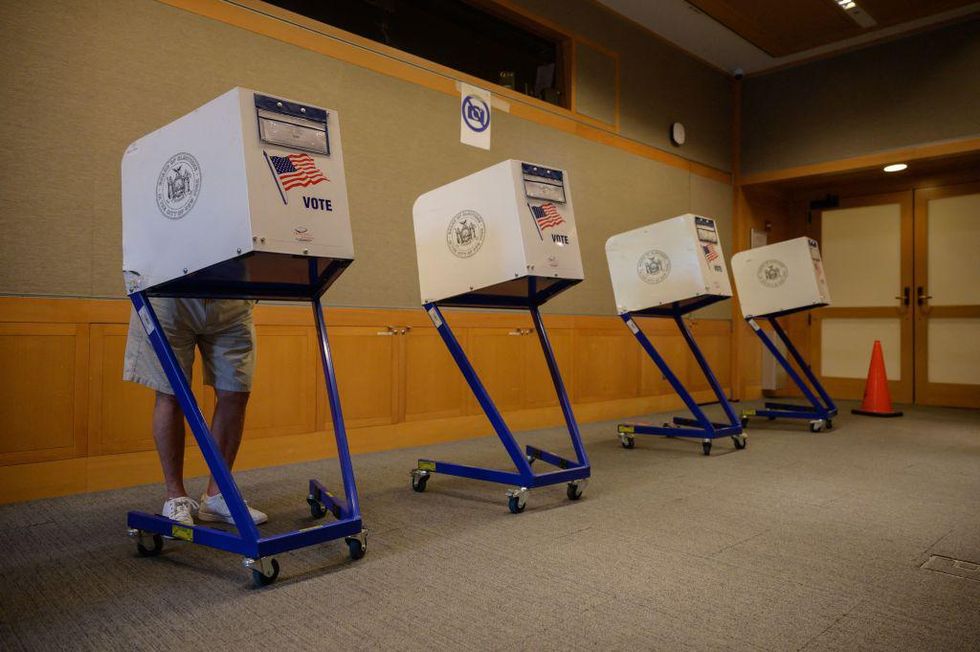 New York City is poised to become the largest place in the country to grant noncitizens the right to vote in local elections, the Associated Press reported.

A city council measure that is expected to be ratified on Thursday with a veto-proof margin will allow legally documented, voting-age residents the ability to cast ballots in elections for mayor, city council, and other municipal offices.

At present, the legislation would affect more than 800,000 residents of the city who, though they are not citizens, are legal green card holders or have the right to work in the United States.

The AP reported that “little stands in the way of the effort becoming law,” given its broad support within the city council and its passive support from Democratic New York City Mayor Bill de Blasio. The mayor has raised concerns about the bill’s legality and argued that it will undermine the “value of citizenship,” but has said he will not veto it.

Progressive voting rights and immigration activists have lauded the effort as inclusive and fair to people who reside in the city legally, pay taxes, and send their children to school.

Republicans in the city have vowed to launch a legal challenge to the measure if it is signed into law.

“We are here today pledging action against perhaps the worst idea out of New York City Democrats ever — that’s giving noncitizens the right to vote in local elections,” state GOP Chairman Nick Langworthy said during a press conference last week, according to the New York Post.

“We will pursue every legal action to see that this dangerous law is struck down,” he declared, adding, “Besides being bad policy, it’s unconstitutional, it’s dangerous and un-American.”

Another Republican, councilman Joseph Borelli, argued the bill is in violation of the state’s constitution.

“The people in this building are doing something against the state constitution,” he said. “The truth is, this will influence our elections, and the people who are registered to vote, the 5.6 million registered voters, ought to have a say in this.”

The measure serves as a flashpoint in a growing debate over voting rights in America. As Democrats seek to expand voting to noncitizens, who just so happen to typically support Democratic candidates, Republicans across the country fight to conserve the value of citizenship.

Last year, voters in Alabama, Colorado, and Florida ratified measures stipulating that only U.S. citizens could vote. Similar measures have been adopted in Arizona and North Dakota.