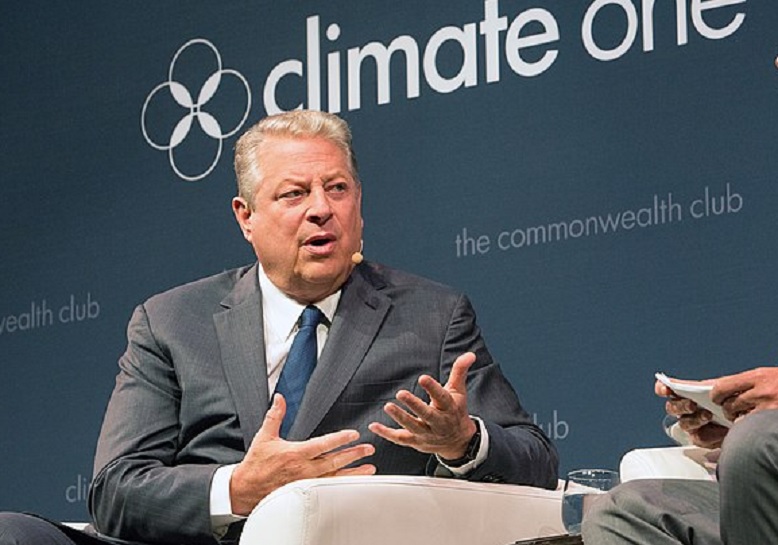 Throughout history there have been numerous threats misread or minimized later causing disaster. Historians also estimate at least 26 alarmist movements that proved to be false alarms. All that was needed was the passage of time to debunk them.

On Sunday, December 7, 1941, 180 bomber planes made their way towards Pearl Harbor. While the Japanese warplanes were still an hour away, two American soldiers on a small island in the Pacific scanned their radar, saw dots filling their screen and notified their supervisor who shrugged off the situation with a ho-hum “don’t worry about it.”

Within a short time, bombers damaged eight battleships and 177 planes as 2,400 servicemen and women lost their lives in the infamous surprise attack that launched America into World War II.

Twenty-nine years earlier, a gargantuan “unsinkable” ocean liner left her British port on her maiden voyage to New York. Shortly before midnight on April 14, 1912, the Titanic struck an iceberg and 2 1/2 hours later slipped beneath the icy waters with most of its passengers.

Just 20 miles away another ship, the Californian, sat stationary in the Atlantic with the time and capacity to save hundreds of the victims. But one of the officers carelessly ignored the potential for danger and decided to turn off the radio that night resulting in the loss of 1,513 lives.

Application for today: is America on the brink of apocalyptic disaster or are we being hoodwinked with hysteria and hype concerning global warming/climate change? Let’s not be afraid to tackle the topic!

Weeks ago a United Nations summit convened in Glasgow with 200 countries represented. Now that the “dust has settled” we have an opportunity to objectively assess what took place as responsible citizens.

Joe Biden spoke and said that this issue is the “collective challenge of our lifetime, the existential threat to our human existence.” He regularly sites this “crisis,” as he sees it, as a basis for his trillion dollar spending bills.

The angry young activist from Sweden, Greta Thunberg, demanded that representatives end the “climate betrayal” that has gone on for too long!

Not long ago former President Barack Obama said this issue was the “greatest long-term threat facing the world!” If not addressed, he said it would create a crisis “unprecedented in human history” before pledging billions of taxpayer money to the cause.

During the conference former Vice President, Al Gore, gave an interview with Andrea Mitchell of MSNBC.  He was elated that pledges of billions of dollars were made to the cause and that 300 surveillance satellites will track corporations and countries to make sure they’re being held accountable to stop what he sees as the end of our planet. A sympathetic Ms. Mitchell asked him “if we have lost so much time that we’re not going to be able to recover?”

It is understandable that multitudes are suspicious of entrepreneur Gore because of his multitude of ties with corporations involved in climate change. His involvements with 14 green tech firms have made him an extremely wealthy global warming advocate who capitalizes on the cause. The Washington Post said he “believes humanity may have only 10 years left to save the planet from turning into a total frying pan” (1/26/06) and that a congressional leader called him “our first carbon billionaire.”

His famous movie, “An Inconvenient Truth,” cost $1 million and brought him over $50 million in profit plus speaking fees of $175,000 and two gorgeous homes in Tennessee and California along with a new girlfriend since he separated from Tipper.

Millions of discerning individuals in America and abroad are saying, “Not so fast with our taxpayer money!”

I recently visited the offices of CDR Communications which is just one of many companies producing films and programs that they say are exposing the “climate hustle.” Their latest offering, narrated by actor Kevin Sorbo, focuses on the following:

Not long ago Mikhail Gorbachev said, “The threat of environmental crises is the international disaster key to unlock the New World Order.”

Being Discerning not Deceived

Charles Spurgeon, the “Prince of Preachers” told us, “Discernment is not knowing the difference between right and wrong but right and almost right.”

Exactly 10 years after “Inconvenient Truth” I decided I needed to be more discerning about what was “coming down the pike.” After seeing the film and doing my research I found most of Gore’s previous “expert” predictions proved false needing to be debunked as myths.

• Rising Sea Levels: inaccurate and misleading. I also noticed Al had purchased a

• Massive Flooding in China and India: did not happen.

• Temperature Increases Due to CO2: no significant rising for almost 25 years.

• Note: Mt. Kilimanjaro has continued to have abundance of snow; Glacier

National Park had to remove a sign predicting the ice would be gone by 2020; this year Antarctica recorded its coldest winter on record.

Here’s the deal: all of us have a sacred responsibility to honor our Creator and His creation by making quality decisions to conserve energy and steward the earth’s resources wisely and unselfishly, especially to help the poor and needy (Gen. 1:28; Ps. 8:4-8).

We should all be engaged in a responsible way regarding legitimate environmental concerns while resisting fear stoked by doomsayers contradicting God’s promise to maintain stability in seasons and oceans (Gen. 8:22; Gen. 9:11; Jer. 5:22).

Outside America, the world’s worst polluters are China, India and Russia who pay little attention to harmful emissions. Let’s pray for God’s guidance and conviction on everyone as we proceed into our future.

Click this link for the original source of this article.
Author: Larry Tomczak

In other news...
Pivotal Moments in Economic History
CFP Committee Meeting Ends Without An Agreement On Expansion
more