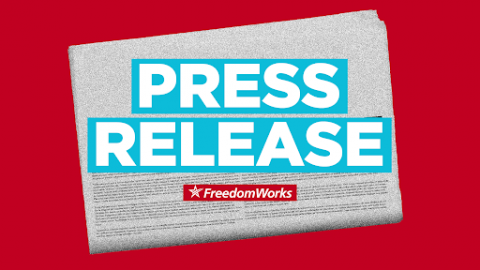 WASHINGTON, D.C. — FreedomWorks, in partnership with The Bullfinch Group, is pleased to release highlights of our second in-depth round of national polling on Hispanic and Latino registered voters as part of our Hispanic Grassroots Alliance (HGA). Survey results find that Hispanic and Latino voters rank economic opportunity, safe communities, and parental choice in education among their top three policy issues.

Overall, Hispanics and Latinos cited the economy as the most important issue facing them and their neighbors.

On crime and safety, which ranked just below the economy in terms of importance:

(Methodology: The Bullfinch Group conducted an online survey among 868 registered voters nationwide between 11/6-11/2021. Respondents were selected randomly from opt-in panel participants. The survey was offered in English and Spanish. The survey has a ± 3.33% overall margin of error at the 95% confidence interval.)

Brett Loyd, President and CEO of The Bullfinch Group, commented:

“This series of research has shown just how important economic issues are to Hispanic and Latino registered voters nationwide. We not only see the ‘economy’ as the most important issue overall among this cohort, but tangential economic issues such as getting Americans back to work and the price of everyday items like clothes and groceries are some of the top issues of any that they’d like to see their elected officials tackle.

“We also saw the issue of Crime and Safety rise to among the top-3 issues in terms of importance among these respondents. While we’ve seen this trend recently in other national polling, it’s easy to see why crime and safety has risen among this group, as over 6-in-10 say they feel America is less safe today than it was four years ago.”

“Folks on the left pretend to be shocked by Hispanic and Latino voters’ steady shift toward GOP candidates and GOP-aligned issues, but they wouldn’t have to pretend if only they had actually been paying attention to what it is that these voters actually want: economic opportunities, safe communities, and the chance to have a say in how and where their children are educated.

“Democrats have taken Hispanic and Latino voters for granted for too long, assuming that this group will blindly go along with whatever leftist agenda they have planned. Now that this platform of wokeness is coming back to bite Democrats, the GOP stands out as the only party to provide Hispanic and Latino voters with the policy solutions they deserve.

“Following these encouraging survey results, FreedomWorks’ HGA will continue to empower Hispanic and Latino voters to choose policies that promote freedom, safety, and opportunity for all Americans.”

Click this link for the original source of this article.
Author: pvicenzi