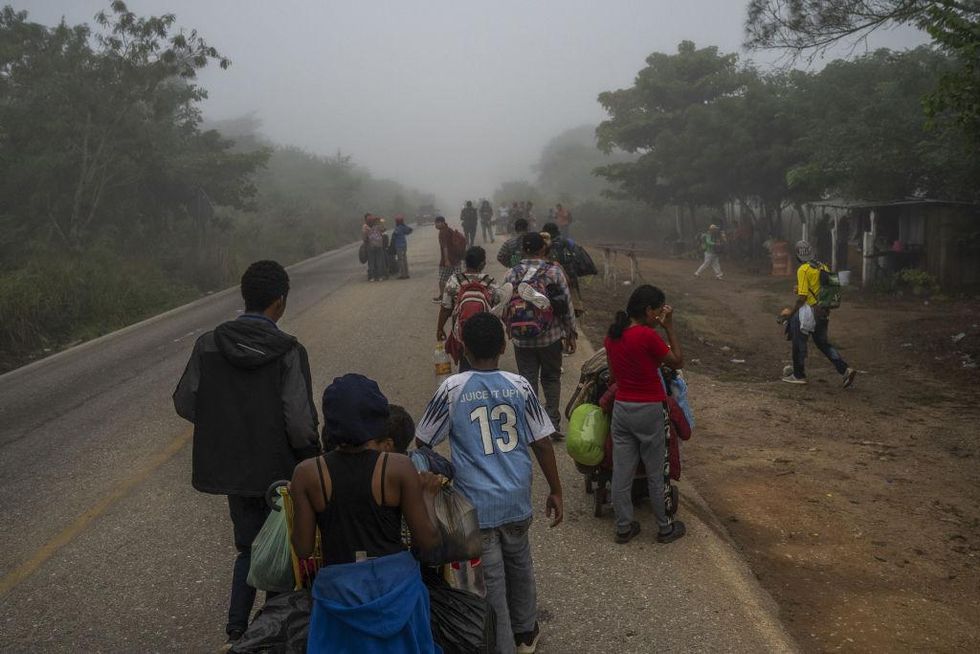 Despite previously decrying it as inhumane, President Joe Biden is set to formally restart an immigration policy begun under former President Donald Trump as his administration continues to grapple with an ongoing migrant crisis at the U.S. southern border.

The Biden administration reached a deal this week with the Mexican government to relaunch the Trump-era “Remain in Mexico” program, the Washington Post first reported on Wednesday.

The program, officially known as Migrant Protection Protocols, was implemented in 2019 under Trump and requires migrants seeking asylum in the U.S. to stay in Mexico while they wait for their U.S. court hearings. By establishing the program, Trump aimed to prevent migrants traveling to the southern border through Mexico from disappearing before their court hearings and thus avoiding potential deportation.

As a presidential candidate, Biden vehemently opposed the policy, calling it inhumane due to the risk that migrants face waiting in Mexico for their hearings. Then, upon entering office in January, Biden halted it, along with several other tough-on-immigration policies that were put in place under Trump.

But after a federal court ruled in October that Biden’s termination of the program was illegal, the administration was forced to restart it.

In the release, the department added that it has made “key changes” to the policy “to address humanitarian concerns raised by the Government of Mexico and shared by the U.S. Government.” Such changes include guarantees that migrants will have access to legal counsel and will have their cases resolved in under six months.

The program’s renewed launch puts the administration in a strange position. Administration officials are now forced to implement the policy even as they continue their effort to remove it.

In the press release, the department vowed “to reimplement MPP in good faith” and abide by it “even as it continues to vigorously contest the ruling.”

“Once the court injunction is lifted, MPP will be terminated,” the department insisted.

In an October statement, Homeland Security Secretary Alejandro Mayorkas blasted the policy, stating it has “endemic flaws, imposed unjustifiable human costs, pulled resources and personnel away from other priority efforts, and did not address the root causes of irregular migration.”

Despite the current administration’s invective, critics of Biden’s handling of the border crisis will be glad to see the “Remain in Mexico” policy up and running again. Especially as hundreds of thousands of migrants continued to cross into the U.S. each month.