VIDEO: Unhinged Papa John’s employee threatens to ‘beat the f***’ out of motorist allegedly over his pro-Trump flag — and becomes a non-employee soon after

A Papa John’s employee — presumably a pizza delivery driver — was caught on video going ballistic allegedly over a motorist’s flag supporting former President Donald Trump and threatening to “beat the f***” out of the motorist in a nasty confrontation.

The clip was posted by J.R. Majewski — a 2022 Republican congressional candidate for Ohio District 9 — who wrote, “A good friend of mine, one of the nicest guys you’ll meet, was almost driven off the road, and then threatened by a @PapaJohns driver near Cleveland, Ohio. Because he has a Trump flag on his truck.”

The motorist who recorded the video — Adam Radogna — also posted the clip on Twitter and wrote, “I was minding my business at the light when” the Papa John’s employee “tried to run me off the road giving me the finger.” Radogna added that the employee was from the Pearl Road store in Parma Heights. He doesn’t say what day the incident took place, but Radogna’s tweet was posted Friday night.

The video — presumably recorded after the roadway altercation — begins with the Papa John’s employee (who’s wearing a red Papa John’s shirt) quickly walking over to Radogna, who is sitting in his vehicle and asking the employee what the problem is. 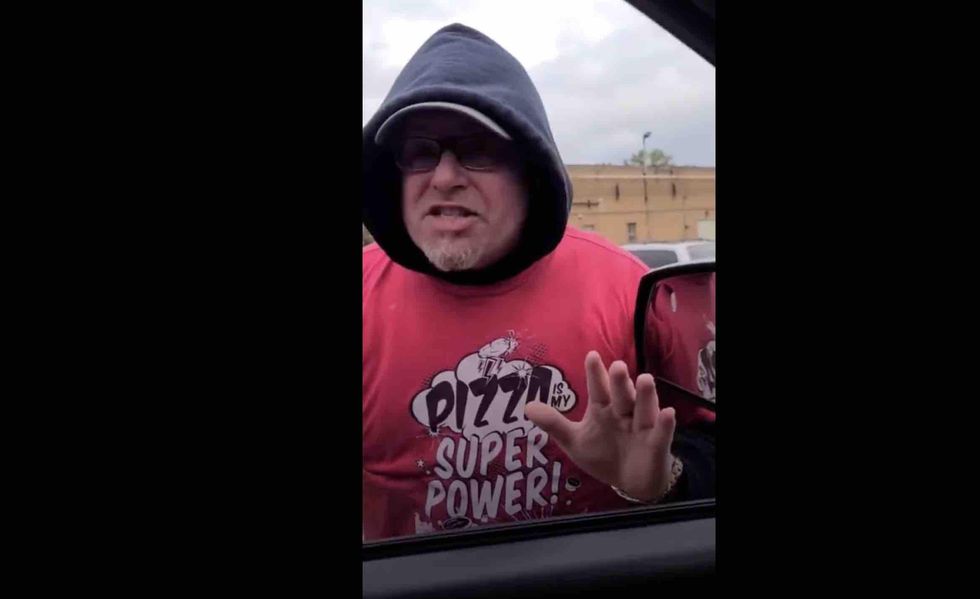 The Papa John’s employee begins using foul language and pointing to the back of Radogna’s vehicle — which is outfitted with a large pro-Trump flag — and calling him an “asshole,” telling him to “go f*** yourself” while giving Radogna a double middle finger before walking away.

With that the Papa John’s employee turns around, walks back to Radogna, and becomes completely unhinged, quoting Ohio state law and hollering, “This liberal will kick your ass!” then adding, “If you get that b***h ass out of that truck and agree to mutual contact, I will beat the f*** outta you!” 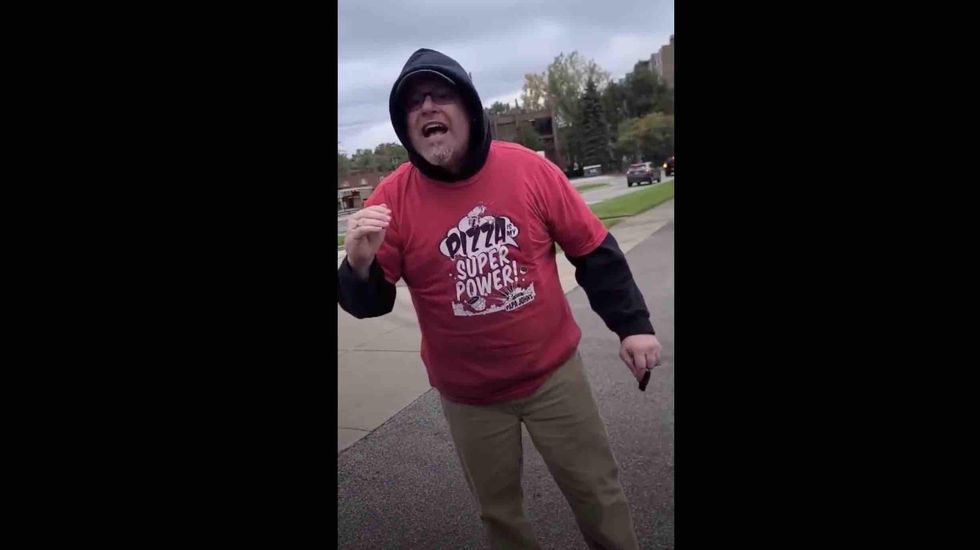 A good friend of mine, one of the nicest guys you’ll meet, was almost driven off the road, and then threatened by a… https://t.co/V7xprHbCPp

What did Papa John’s have to say?

Papa John’s corporate on Monday offered TheBlaze the following statement: “Papa John’s condemns this kind of offensive behavior, and it does not reflect our brand values. After speaking with PJ Cleveland, the independent franchisee who owns and operates this location, we can confirm that the individual is no longer employed with PJ Cleveland.”

Majewski also tweeted that “police were called” and “did nothing” and that “the manager” — presumably of the Papa John’s store connected to the employee — “won’t watch the video.”