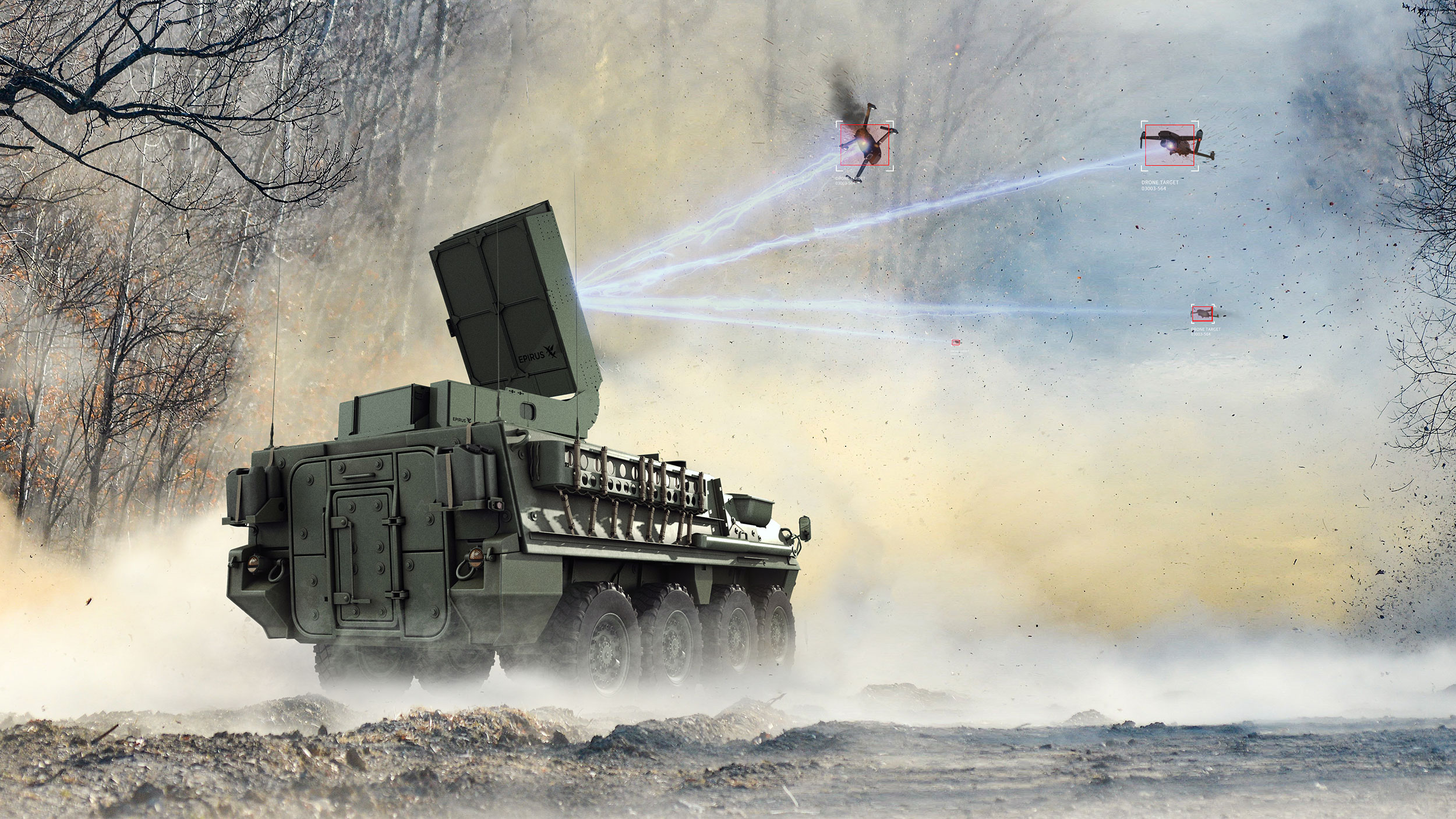 Epirus and General Dynamics Land Systems are teaming up to upgrade Strykers with enhanced counter-drone technology. (Courtesy of Epirus)

WASHINGTON: General Dynamics Land Systems, a major ground vehicle manufacturer for the US Army, announced today that it had agreed to partnership with counter-drone startup Epirus Inc. to deliver counter unmanned aerial systems technology to the service.

Army leadership considers to small enemy drones and drone swarms to be a top threat to soldiers. Just last week, troops in Syria were attacked by drones, according to the Pentagon. And last month, Col. Greg Soule, an Army colonel leading counter-drone development tests told reporters that small drones are “one of the biggest threats since the IED [improvised explosive device].”

According to the release, integrating the Epirus product will give Strykers a “fully mobile” counter-electronics and electronic attack capabilities to take down adversary drones. The release stated that the technology has an open architecture that allows it to integrate on ground-, maritime-, and air-based platforms.

General Dynamics Land Systems is also developing other next generation ground platforms, including robotic combat vehicles, that could use the counter-drone technology in the future.

“With Leonidas integrated into GD’s combat vehicle fleet, we are unlocking new SHORAD and counter-electronics capabilities to equip our warfighters with combat effective systems that dismantle the threats of today and tomorrow,” said Epirus CEO Leigh Madden.