Joe Biden Is Getting A Big, Expensive Wall Around His Beach House Thanks To U.S. Taxpayers 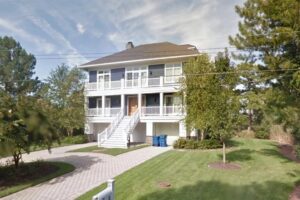 President Joe Biden is having a wall built…around his sleepy Delaware beach house.

At a price of $456,548, the Department of Homeland Security will pay for a security wall to be constructed around Biden’s Summer White House, according to filings at USASpending.gov. The contract, awarded to Turnstone Holdings, LLC, called for a construction start date of September 21 and a finishing date of December 31.

That’s right, at a time when migrants are pouring over the southern border, a construction company is building a fence around Biden’s beach house which was purchased for $2.74 million in 2017. Zillow now has a Zestimate of $2,038,400 on the six-bedroom, six-bath house spread out over $4,700 sq. ft.

“That will do it, Joe, just spit in the faces of millions of Americans … that will make them see the light,” Sean Hannity said Friday about Biden’s new beach house fence. “Joe Biden and his radical advisors do not care about safety and security, they only care about politics – just look at the border.”

Construction of Biden’s beach border wall was set to begin just days after the FAA created a no-fly zone along the southern border where Fox News’ reporter Bill Melugin and his team had been flying a drone to show the world what was happening in Del Rio, Texas where thousands of migrants had set up a camp after flowing across the Rio Grande River.

In October, Biden’s administration announced it was canceling border wall contracts for the Laredo and Rio Grade Valley sectors. The cancellation accounted for 44 miles of border wall panels. Since 2017 when Biden bought his beach house, more than 450 miles of border walls have gone up along the southern border including 52 miles that never had a wall.

News of the wall build around Biden’s beach house led to a jokester getting his/her hands on the Biden beach house Zillow account where modifications have been made.

Under the overview section, the real estate jokester wrote:

As I build a wall around my beachouse, I assigned VP Harris to be in charge of the USA’s southern border wall and security. She will stop the border wall construction so that millions upon millions of illegals will enter the country during my 4 years in the White House!

We will eventually grant citizenship to those millions of illegals (and ship them to red states in the middle of the night on charter planes) so that we Democrats will remain in power. Did you know 90% of immigrants register as democrats? Hey, come on man!….I may be dumb, but I’m not stewpid.

Just who is this Brandon guy I’ve been hearing about? 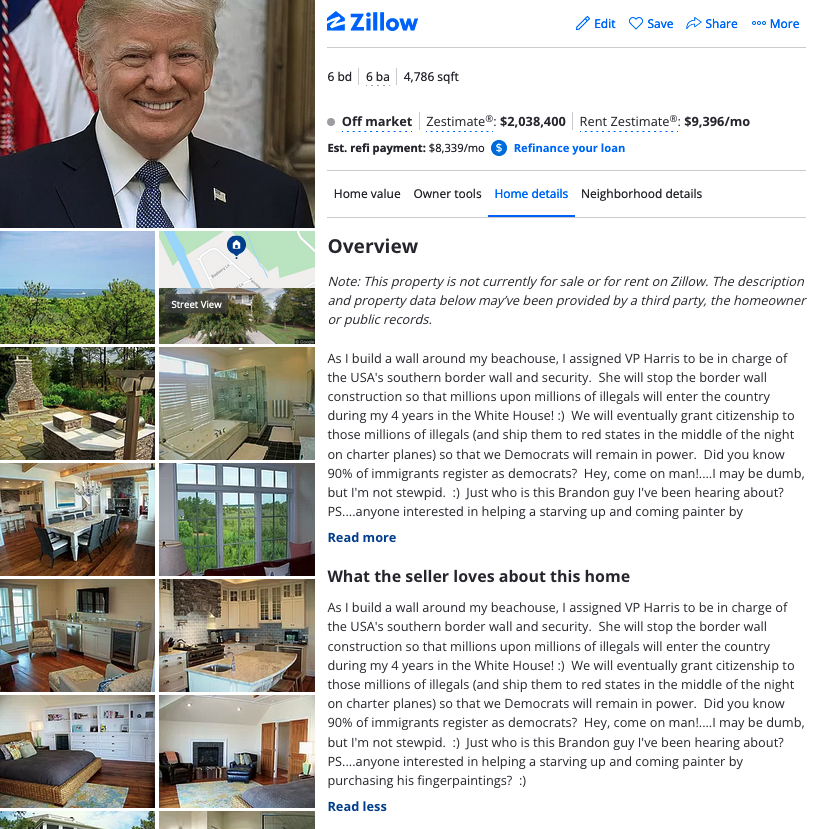 The post Joe Biden Is Getting A Big, Expensive Wall Around His Beach House Thanks To U.S. Taxpayers appeared first on OutKick.